After having taught Scripture for almost 50 years, I'm still puzzled by one constant phenomenon: Some people find God's inspired word to be one of the most important aspects of their faith, while others can live their faith very well without it.

We old-timers remember the childhood effort we put into learning whether a latecomer to Sunday Mass was guilty of a mortal or venial sin. Our teachers told us exactly what to look for: "If the chalice on the altar is still covered, you committed just a venial sin, but if it's uncovered, you have to go to confession as soon as possible. You've committed a mortal sin." 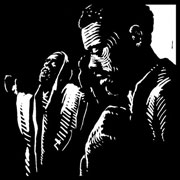 Since the priest uncovered the chalice immediately after what was later called the "Liturgy of the Word," that meant someone could miss the readings (and sometimes the sermon) and only have committed a venial sin. And since we were also taught a million venial sins can never add up to one mortal sin, we reasoned that any Catholic with a knack for perfect timing could avoid hearing God's word for an entire lifetime and it never would be a mortal sin.

Since many of us believed at that early stage of our personal salvation history that we were only on earth to get into heaven, Scripture, at most, played just a peripheral role in that quest. Besides, reading the Bible could actually be an occasion of sin, something that could get us into hell. We were frequently reminded, for instance, about the horrible things that happened when Luther and his cohorts brushed aside the church's official interpretation of those sacred writings and read them "on their own."

All of us have unique experiences of God present and working in our lives that often are mirrored in the experiences of our sacred authors. Why some people relate their experiences to the Bible and others do not might have something to do with the late Dennis McCarthy's definition of canonicity -- the criteria the church used to decide that some writings were inspired and others were not: "The books contained in our Scriptures," the Jesuit scholar said, "are there because they've helped the most people over the longest period of time to understand their faith."

So no matter how often our biblical writers' experiences dovetail with some modern readers' experiences of God, there are other readers who never seem to understand what the authors are talking about. They remember some of the biblical stories and sayings and are well-trained in finding "proof texts," but the faith behind those stories and sayings is just as foreign to them as the Greek and Hebrew in which the authors originally wrote.

Usually these non-biblical individuals are more interested in "getting into heaven" than in reflecting on the actual, right-here-and-now salvation that Yahweh in the Hebrew Scriptures and Jesus in the Christian Scriptures offer to people of faith.

One of the main characteristics of biblical faith is that it revolves around relationships; it's not just an intellectual assent to specific doctrines and dogmas. One can religiously recite creeds all day, yet be far from biblical faith.

When 2 Timothy says that Paul "kept the faith," it means that during his lifetime, Paul maintained a proper relationship with God and others through the risen Jesus, and he'll continue that relationship into eternity.  On the other hand, some with whom Paul related didn't fulfill their own relational responsibilities; else they wouldn't have "deserted" him during his trial.

Today's passage from Luke reinforces the concept of biblical faith and relationships. The self-righteous Pharisee, concerned only with keeping rules and regulations, is "super-religious" but doesn't relate to Yahweh as Yahweh expects us to relate. Meanwhile, the tax collector is religiously trapped. He's bought into the sinful environment that Roman occupation has brought to Palestine. As a public sinner, he's not even allowed to enter the temple proper. He's forced to pray in the Court of the Gentiles, an area reserved for non-Jews.

Though a sinner, the publican has the God-relationship Yahweh expects, a relationship the Pharisee is nowhere near developing.

Sirach tells us people of faith already looked upon Yahweh as a God of relationships centuries before Jesus' birth. The author begins by stating, "Yahweh is a God of justice, who knows no favorites."

"Justice" is how our sacred authors normally refer to proper relationships. In other words, "Our God is a God who relates."

I suppose someone can get into heaven just by keeping all the rules and regulations and believing the proper doctrines and dogmas, but in doing so he or she has cut the heart out of biblical faith.

A hunger for mature theology

With open hands and heart