The Lectionary readings chosen for this cycle to celebrate the feast of the Holy Family leave us with difficult questions. By what standards do we evaluate family relationships and why? Who do we include or exclude as family members? And how do we handle family dysfunction, conflict, and abuse?

Sirach shows us the wisdom of reading the signs of one's time and place through the prism of faith. This is what Sirach did in order to discern a Hebrew family code. Paul did the same for the emerging Christian family. In his letter to the Christian community at Colossae, he attempts, among other things, to integrate the community's new life in Christ into the family code of the day. Unfortunately, he used a different standard here than in his letter to the Ephesians, and left generations of believers arguing whether subservience or mutuality best typify the Christian family. To further complicate the canvas, the church asks us to reflect on a section of Matthew's Nativity scene which is not really about family at all. It is an attempt to present Jesus as the new Moses. Matthew points us toward issues of liberation. What does a Moses-style liberation have to tell us about being a holy family today? 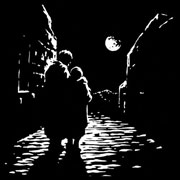 Hard questions indeed in a time of flux and conflict about sexism, sexual violence, sexual orientation, gender roles and relationships, and the emerging meanings and forms of family life.

So it might help us approach our own questions if we begin by looking at what lay behind the meaning of family for the Israelites as Sirach was writing around 180 B.C. What would a feast of the Holy Family have been like while the Israelite family code was developing? What would it have celebrated? The feast would have honored extended families of multiple male-headed households in which everyone, including young children, was engaged in subsistence agriculture. The feast would have celebrated property and progeny, not because either was precious but because both could be productive. It would have, in fact, been a celebration of the household's survival for another year, a survival dependent on the family structure that had developed in response to the demands of subsistence agriculture. In other words, what was necessary for survival created, in part, what became the Israelite family code.

Such background helps us see the secular world and family structure in which biblical wisdom literature, the genre of the Book of Sirach, was formed. In Sirach, we see the resulting family code observed as fitting the needs of the people and, correspondingly understood as ordained by God.

In Colossians 3:18, Paul inserts another secular family code, "Wives, be subject to your husbands, as is fitting in the Lord." But this does not comport with the wider church's own actions at the time. Among other things, women were directly addressed as members of the church community, not appendages of their husbands, and were admitted to baptism apart from the husband's opinion or permission. "To be blunt," writes Scripture scholar Cesar Alejandro Mora Paz, inclusion of this code "was an attempt to make early Christianity acceptable and eliminate one of the first accusations against it, namely that it was anarchical, trying to subvert the social order."

As others have noted, the household codes of Ephesians and Colossians differ. In Ephesians, written around the same time, Paul exhorts spouses, "Be subject to one another out of reverence for Christ" (5:21). Which did he intend, subservience or mutuality? Which behavior more closely echoes how Jesus treated the people of his time, women in particular?

In the Gospel reading from Matthew, Jesus reprises Moses' liberation of Israel. Jesus survives an assassination attempt as a baby, as did Moses. Jesus flees to Egypt, as his people once did, and comes out again, as his people also did. He is hunted by Herod, as Moses was hunted by Pharaoh. Just like Moses, Jesus should not have survived. But he did. The God of Moses and Jesus Christ liberates.

Much as Matthew tried, in a sense, to show that Jesus was an updated Moses, every generation in every place, culture, and time must do the hard work of "updating" its understanding of Jesus and his God. To do that we must know what were the time-bound cultural and economic biblical codes, and what were core truths transcending the vicissitudes of time and change. No easy task. Nor can it be. For the very explorations of Sirach or Paul or Matthew, or a you and I, keep the faith living, responsive and relevant.

Is A Better World Possible?