As Jesus was walking by the Sea of Galilee, he saw Peter and Andrew and said to them, "Follow me, and I will make you fishers of men." They left their nets. A little farther down the way, he saw James and John and called them. They, too, left their boat and their father and followed him.

What was happening on that seashore? How can anybody explain the fact that four grown men simply left behind everything they had worked for to follow Jesus? What did their wives say?

Many will read the story of the fishermen as a pious tale, an exaggeration that doesn't reflect the details of any real event. Dietrich Bonhoeffer, a German Lutheran pastor executed by the Nazis, would tell us that's heresy, an example of cheap grace, a degradation of the Gospel.

Bonhoeffer, with strong backup from Matthew and Mark, insists that when Jesus said, "Follow me," the disciples did just that. He says in The Cost of Discipleship: "Until that day … they could remain in obscurity, pursuing their work … observing the law and waiting for the coming of the Messiah." But, he says, with Jesus' call they had to get up and go. They could have stayed as they were, and Jesus could have been their friend, even their consoler, but he would not have been their Lord.

Somehow Jesus' message unsettled those fishermen. His preaching didn't just strike a new chord with them, it played on them like a symphony. Jesus' call to conversion is described with the Greek term metanoia, a word which means much more than the English "repent." Metanoia was an invitation to an alternative reality, a new kind of existence.

Jesus named that new existence the reigning of God, or in Matthew's words, the kingdom of heaven. There is no definition of that kingdom, no parable or encyclopedia that summarizes its characteristics. It is not a place, but a way of being. Jesus showed what it was like in everything he said and did. Matthew gave it a shorthand description saying that Jesus went all around, proclaiming the kingdom, making it present by curing every disease and illness — making everything the way it ought to be. An encounter with Jesus was an encounter with the reigning of God and an instant invitation to metanoia. It set people on fire. 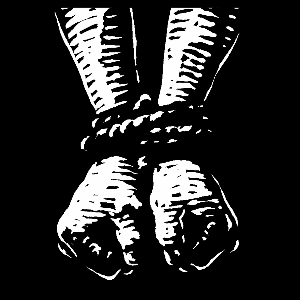 The greatest obstacle to metanoia, Jesus' greatest adversary, was not the demons or the power of oppression. It was an attitude of submission to the way things had always been, the belief that nothing can really change, that heaven might be different but that history will always repeat itself. That attitude, often dressed up with pious platitudes about virtues like patience and acceptance, provides a greater threat to metanoia than any persecution ever will.

Metanoia is not something the disciples could achieve; they could only be open to it. When it was offered, they had to make a decision, the most important decision of their lives. They had to decide whether to believe in what Jesus offered, to accept him as Lord, or simply respect him as another interesting philosopher whose ideas they could talk about when the seas were calm.

We hear about the fishermen who decided to leave behind everything that tied them to "normal life." In the very act of leaving their boats, they were opening themselves to what Jesus was offering. They would no longer be fishermen. Rather than catch food to sell to nourish others, they themselves would become the nourishment others needed. Rather than being tied to one family, one neighborhood, they would receive a hundred times more. And who's to say their own wives and children didn't share their decision and travel with them on the road?

Their radical decision was not irrevocable. They had to renew it time and again. Day by day, they had to bet their lives on what they knew of Jesus' kingdom of heaven. They had to believe that God's reigning was manifest in their relationship with Jesus and the life he shared with them and that its power overruled everything that could rise up against them.

Each of us is called to make the same decision. We have to choose either to regard Christianity as a nice idea, a comfort in difficult times, or to make the following of Christ the only thing that makes sense of our life. Christ's call comes to each of us individually and promises to transform us into everything we could possibly be. Yet, while each must decide for her or himself, we are called together because only together can we make Christ present in our world.

What happened on that seashore continues to happen in our own lives. When Christ's call strikes a chord with us, it's an invitation to play our part in God's new world symphony.

Reflective writing's call is to pay attention, to be awake and aware

Advent is a season of waiting for the reign of God