It’s easy to forget that the majority of people to whom the biblical prophets proclaimed Yahweh’s word never listened, much less carried it out. This experience led most prophets to develop a theology revolving around the “remnant.” They became convinced only a small group of Israelites would actually change their lives. Prophets certainly exercised their ministry with low expectations.

This belief is clearly stated in Yahweh’s words to Zephaniah: “I will leave as a remnant in your midst a people humble and lowly, who shall take refuge in the name of Yahweh: the remnant of Israel.”

Zephaniah prophesied during Israel in the seventh century B.C. Josiah, a rare reforming king, was on the throne, trying to restore the Law of Moses to a position of prominence. Yet according to the late Carroll Stuhlmueller, it appears Zephaniah, along with his contemporary Jeremiah, was convinced true reform comes from below, not from above. People of faith only change their behavior when they personally see a need to change, not when they’re ordered to do so.

Zephaniah and Jeremiah worked not on the religious surface but in the trenches, where they could find the remnant. They encouraged people to change because of their covenant relationship with Yahweh and one another, not because of some royal edict. But few Jews were willing to carry their faith to that depth. 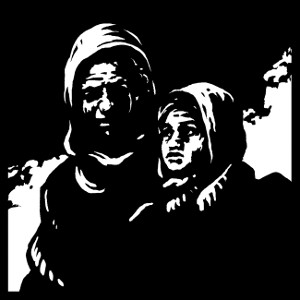 Paul of Tarsus also has to deal with a remnant in Corinth. Much to his surprise, those who eventually chose to relate to the risen Jesus weren’t the people he thought would relate when he began his ministry. “Not many of you,” he reminds his community, “were wise by human standards, not many were powerful, not many of noble birth.” God turned Paul’s expectations upside down. “God chose the foolish of the world to shame the wise, the weak of the world to shame the strong, the lowly and despised of the world, those who count for nothing, to reduce to nothing those who are something, so that no human being might boast before God.”

Today’s Gospel pericope is Matthew’s introduction to his well-known Sermon on the Mount: a three-chapter collection of some of Jesus’ moral teachings. The evangelist reminds his community if they’ve agreed to buy into Jesus of Nazareth’s dreams, this is how they’ll make those dreams a reality. If, for instance, they want world peace, they’ll achieve it only by building loving relationships with their enemies, not by being more powerful or meaner than they are. This unique group experiences a blessing in being poor, mourning and meek. They strive daily to show mercy, be single-minded and bring peace. Such radical beliefs aren’t for everyone.

Especially in the synoptic Gospels, Jesus says they’re just for those willing to “repent:” to change their value systems. Only they will experience God’s kingdom: God working effectively in their everyday lives. The Galilean carpenter expects his followers to fly in the face of common wisdom and always put the good of others before their own, to deliberately weaken themselves by constantly giving themselves to others.

Such actions dovetail perfectly with the theology of Pierre Teilhard de Chardin, who believed in evolution and believed that those who correctly buy into evolution can actually understand Jesus’ message and life.

Evolution for Teilhard revolves around “centro-complexity.” He discovered that after the Big Bang, as the universe aged, creation constantly became more centered and more complicated.

This learned Jesuit was convinced that we’re called to build this centro-complexity in our relationships with one another. We’re expected, in those relationships, to become more one, yet at the same time more complex. We do this by following Jesus’ command of love. Teilhard taught that love is the only force that makes us one while it also makes each of us more unique. Eventually, when we achieve complete oneness with one another, we’ll also become completely one with God: evolution’s last stage, the “omega” point of all creation.

Teilhard thought it’s the weakest, not the strongest, link that evolves. Our sacred authors were likewise convinced only a small remnant will ever be willing to trade their strength for the loving weakness God demands.

[Fr. Roger Vermalen Karban is a priest of the Belleville, Ill., diocese.]