Think about your life 20, 40, 50 or even 60 years ago. What were your plans? What did you envision for your future? What did you hope to be when you grew up? Did you achieve your hope, or are you doing something with your life that you never imagined?

Questions like these encourage us to consider the paths our lives have taken and find the hand and heart of God in the midst of it all. In that way, we become open to new callings we might never have dreamed of answering. 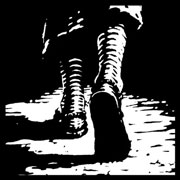 Most of us have to work to make a living. So we educate ourselves and get a job. Amos (first reading) had two jobs. He was a shepherd and a dresser of sycamores. While at his job, Amos was called by God to be a prophet.

But being a prophet was never on Amos' to-do list. On the contrary, he did not even want to be associated with the guilds of prophets, whose frenzied ecstasies were strange and difficult to discern.

Nevertheless, by God's grace, Amos prophesied, and as a result, his word continues to challenge God's people to uphold God's justice and be defenders of the poor and downtrodden.

Jesus had been a carpenter and was called by God to leave that safe and relatively comfortable life behind in order to call people to "repent and believe, for the kingdom of God is at hand" (Mark 1:15). So closely attuned was Jesus to God's call that he suffered rejection, torture and mockery, and in the end, he gave his life.

In today's second reading, the author of Ephesians celebrates the many accomplishments of Jesus and the blessings that are ours by virtue of his efforts. In Jesus, we have redemption and forgiveness. In Jesus, we were also chosen, called and commissioned to give praise and glory to God by serving the needs of others.

When Jesus called the Twelve, each already had his own means of livelihood. But, at Jesus' invitation, each was willing to set aside his job and share in Jesus' vocation. His instructions to them were simple: They were to preach repentance, heal people, and continue Jesus' battle with the powers of evil.

What has Jesus called you to do and to be?

Like the Twelve, we are to be his emissaries. This will not necessarily require us to travel to foreign lands. But what will be necessary is a shift in our way of thinking.

What if we were to regard our job as our vocation, as an activity where I am called by God to witness to truth, justice and goodness? What if I were to treat my co-workers as gifts from God? How might the work I do become better, more careful, more generous? Maybe the drudgery of the workaday routine would turn into peace and serenity. No matter what the job, by God's grace, it can be a vocation.

When Cardinal John Henry Newman was attempting to find his way in life, he expressed his trust in God and in God's will for him:

God has created me to do Him some definite service; He has committed some work to me which He has not committed to another. I have my mission -- I never may know it in this life, but I shall be told it in the next. ... I am a link in a chain, a bond of connection between persons. He has not created me for naught. I shall do good, I shall do His work; I shall be an angel of peace, a preacher of truth in my own place, while not intending it, if I do but keep the commandments.

Newman's journey included several calls from God. From being the British Anglican church leader of the Oxford Movement, he followed God's call to the Catholic church, where he became a cardinal in 1879. A fine preacher and a superb author, Newman also administered the Catholic University of Ireland. Through it all, Newman knew, as did Amos, Jesus and the Twelve, that God had called him for a purpose.

Have you discovered God's purpose for you?

The mentally ill are our lepers

Second Sunday of Lent: Invited to awe and wonder