The spiritual ecology of the Lord's Prayer 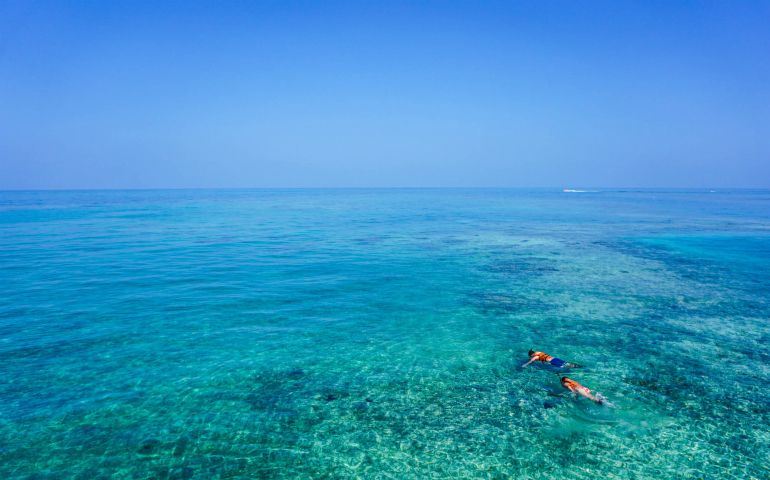 Many of us have memorized the Lord's Prayer. Some of us call it the "Our Father." It is part of Jesus' long Sermon on the Mount and is taught by him as the way to pray.

For me, spiritual ecology refers to the way something connects to its environment. The folk saying "A tree is only as strong as its forest" sums up what we mean by ecology. When you add a sense of spirit to the environment, you get the hybrid term "spiritual ecology."

Think of the Lord's Prayer as a tree in a forest. You can find dozens of versions of it. Often, when praying in different congregations, I get nervous around the "debts and trespasses and sins" moment. What if we all just start mumbling?

In ecological terms, I am much less interested in the moral middle of the prayer, which is stunning in its simplicity. I am interested in how the prayer begins and ends. It is bookended by heaven or big time or eternity or cosmic time. It begins with a notion that God is in heaven: Our Father who art in heaven, in the biblical version from Matthew 6. The accompanying doxology ends the prayer with "Forever and ever" — Thine is the power and the glory, now and forever. The spiritual ecology of the Lord's Prayer is more about thine than mine. It involves eternity and time, not just time.

If the coral reef dies off, crochet might be a good way to remember it, says Margaret Wertheim, a science writer and founder of the Institute of Figuring. Wertheim with her coral-crochet metaphor — you can learn more about it from this recent interview here — moves herself right into the middle of the connection between time and eternity, and does so provocatively. In the moral middle of the Lord's Prayer, forgive us our trespasses, including those against the planet, we wonder what we can do to stop the end of the coral reef. At the prayer's beginning and its end, we place ourselves in a heavenly form of memory and hope.

I think about eternity as staggered breathing. In choirs or singing groups, the way people hold the long note is by planning when to breathe. They stagger breaths. You could call that eternity's game, too. We breathe now. Others breathed before. Others will breathe later.

Dorcas, the twin of one of my Ghanaian students, Joseph, recently died. Thanks to Skype, Joseph spent the final moments with Dorcas. As she went out or "transitioned," as the death-phobic people like to say, she smiled a big smile, long distance, and said, "I can't wait to see what is on the other side." Dorcas had a sense of proportion, based in eternity.

I love Dorcas' perspective. I also love that of Phyllis Tickle.

You may have known Tickle as the former religion editor of Publishers Weekly. She died in 2015 at 81 years of age. She didn't go out much at the end. Why? Because she loved her thoughts so much and just didn't think she'd have enough time left for them."

After learning of her stage-four lung cancer diagnosis, the renowned spirituality author said, "Am I grateful for this? Not exactly. But I'm not unhappy about it. And that's very difficult for people to understand."

The Spanish-born cellist Pau (Pablo) Casals was famous for practicing musical scales several hours a day throughout his life. When asked why he still practiced late in his life, he replied, "Because I think I am making progress."

Near-death matters really bother us. We agonize, for real, over the unnecessary harm being done to so many, including ourselves. We truly don't know what is going to happen. But we have some choices. We can live in our time as part of eternity, or live in our time and breathe in partnership with others.

We can also crochet the coral reef.

Spirituality | The spiritual ecology of the Lord's Prayer