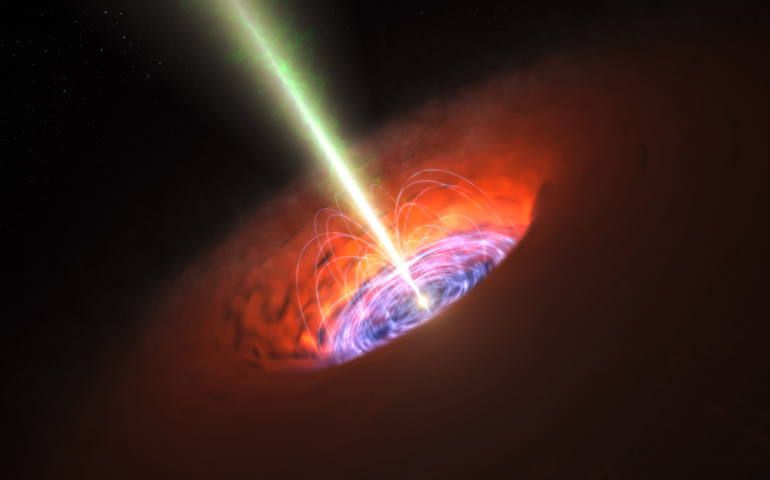 Vatican City — Science and religion are not at odds but are united in the continuing search for truth in unlocking the mysteries of the cosmos.

"We are hoping that this meeting will also be an encounter of people with very different opinions but very close friendships that come from having the same common desire to understand the truth of the universe and how we can understand that truth," he told journalists May 8.

Renowned experts from around the world were to meet at Vatican Observatory in Castel Gandolfo for the May 9-12 conference, which seeks to bring together science and religion in the continuing search for truth in understanding the mysteries of the universe, he said.

The 2016 discovery of the existence of gravitational waves, predicted nearly 100 years ago by Albert Einstein in his general theory of relativity, was to be one of the topics of discussion. The discovery could open a new chapter in understanding celestial events and black hole regions in the universe, something that previously could only be hypothesized.

The conference also will celebrate the scientific legacy of Msgr. George Lemaitre, one of the fathers of the theory that the expanding universe could be traced to an origin point, also known as the "Big Bang theory."

As historic as Lemaitre's theory was, Consolmagno said, the Belgian priest was also mindful that the God's creation of the universe wasn't just a one-time occurrence but an event "that occurs continually."

"If you look at God as merely the thing that started the Big Bang, you reduce God to a nature god, like Jupiter throwing lightning bolts," he said. "That is not the God we as Christians believe in. We must believe in a God who is supernatural and we then recognize God is who is responsible for the existence of the universe and our science tells us how he did it."

Alfio Bonanno, an Italian cosmologist at the National Institute for Astrophysics, told journalists that the conference also aims to dispel the "myth" that religion fears science, because the search for truth "will bring us to God."

"We should not be afraid. Fear is not from God. Rather, we should go in search of this truth because truth — if we have this attitude of humility which was Lemaitre's attitude — we can also change our ideological preconceptions," he said.

"The search for truth is what unites us," Consolmagno added. "Those of us who are religious will recognize in the truth the presence of God, but you don't have to make that theological leap to have a desire to know truth."

"The first step in recognizing the truth is that you don't already have it," he said, adding that people cannot consider themselves good scientists nor good religious people "if we think that our work is done."

Regarding intelligent design, Consolmagno said that its original intention as a way of looking at the universe and seeing "the design of a good God" has been misused.

"If you mean that you can use our scientific ignorance as a way proving the existence of God, that would not be a God I would want to believe in," he said.

God, he continued, is not something one arrives to at the end of scientific research, but rather its starting point. In that way, "we then can see the hand of God in how we observe the universe."

"I am afraid of a God that could be proved by science because I know my science well enough to not trust it," the director of the Vatican Observatory said.

Consolmagno said it was important for scientists who are believers to make their science known to their fellow parishioners and remind them that "science was an invention of the medieval universities that the church founded."

"The logic of science comes out of the logic of theology and if there is a rivalry, it's a sibling rivalry," he said. "We need to know that it's a crime against science to say, 'only atheists can do it' because that would eliminate so many wonderful people from so many different religions who could contribute so much to science."