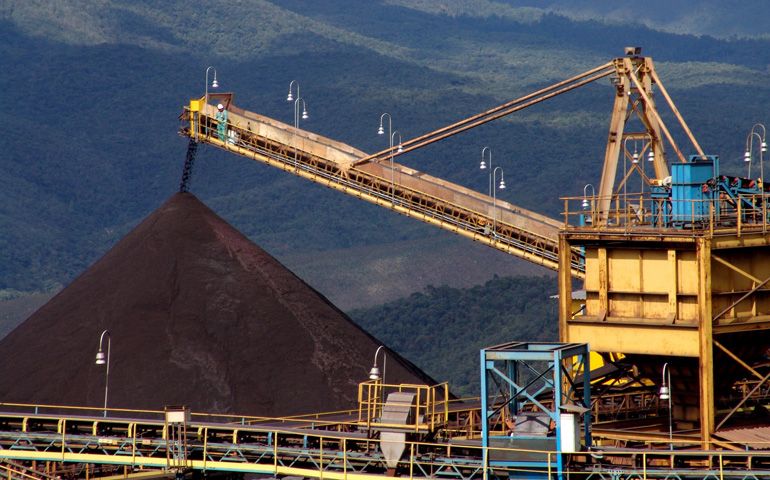 Sao Paulo — Christian leaders from 14 Latin American countries gathered in Brazil in early December to discuss ways to reduce the impact of mining activities in their communities, especially the contamination of rivers and lakes.

"There is no large-scale industrial mining without water," said Bishop Guilherme Werlang of Ipameri, president of the Brazilian bishops' social justice and charity commission. But the bishops say materials used in mineral extraction contaminate groundwater, rivers and lakes in mining regions.

"It has been proven that these toxic materials will remain in the soil and in the water during many centuries," Werlang said.

A three-day conference dubbed "Church and Mining: An Option in Defense of Communities and Territories," was the first of its kind in the region. The conference had the support of the Brazilian bishops' conference and the participation of the Latin American Council of Churches as about 90 participants tried to define strategies and alliances to reduce the impact of mining activities.

"We discussed the threats, challenges and insecurities that local and indigenous communities throughout Latin America are experiencing where mining companies are operating," said Oblate Fr. Seamus Finn of the Oblates' Washington-based Justice, Peace and Integrity of Creation Ministry.

Organizers said activities by multinational mining companies in Latin America have increased substantially in the past few years, and there are forecasts of an even greater expansion of operations in the future.

"The expansion of mining has generated irreversible impacts in the eco-systems and the fragile and vulnerable communities surrounding these enterprises," said Egon Heck, a member of the bishops' Indigenous Missionary Council who is attended the three-day conference.

Finn said one of the biggest issues for these communities is the impact of mining operations on water supplies and water quality.

Cesar Padilla, coordinator of the Observatory of Mining Conflicts in Latin America, a group of 40 organizations whose objective is to defend communities affected by mining operations, agreed.

"There have been several experiences where arsenic has been dispersed, which causes cancer, as well as heavy metals. There are many who have been contaminated by mercury, which causes neurological, kidney and cardiac problems," he said.

Heck said by sharing their experiences and working as a group, conference-goers hoped to be able to find mechanisms to minimize the impact of the mines.

"There are consequences, sometimes fatal, for both the environment and the population in those areas," Heck said.

Conference organizers said the poorer communities are those that suffer the greater consequences of this exploration and usually are unable to uphold their rights.

"Protests against these projects are criminalized and many times violently repressed," organizers said in a press release.

Padilla said hundreds of conflicts due to mining operations have been reported.

"We have registered 211 conflicts throughout Latin America, and there are several others where we do not have access to the information. We need more information in countries such as Brazil, Venezuela and Paraguay, as well as other locations," he said.

In Brazil, the Observatory of Mining Conflicts identified 20 conflicts in six states. Padilla said only the reduction of mining operations would lead to a decrease in the number of conflicts and deaths related to mining.

He said mining requires a great amount of land, water and energy. In many cases a hydroelectric plant is constructed to serve the mining company, and the community loses a river that is diverted to supply the plant.

"Communities are realizing that mining is a harmful activity with disastrous consequences for the population. There is growing opposition in the communities: Those that have mining do not want it anymore, and those that don't are against starting," he said.

Heck said there is an urgent need to re-evaluate the exploration of minerals.

"The decision [whether to explore] should not be made solely based on economic factors," he said.

Werlang said mining companies also must be held accountable for the restoration of the environment after the extraction of raw materials from the soil; they should not simply move on to another region, abandoning the mine.

"There must be laws that guarantee that after a mine no longer produces [raw material], the environment must be recovered so that the future of the area is guaranteed," he said.

In the final document released after the conference, the entities pledged to defend legislative changes to restrict mining activities and demand protection of the communities affected by the exploration.