Pope: Europe 'always been in the vanguard' of ecological efforts 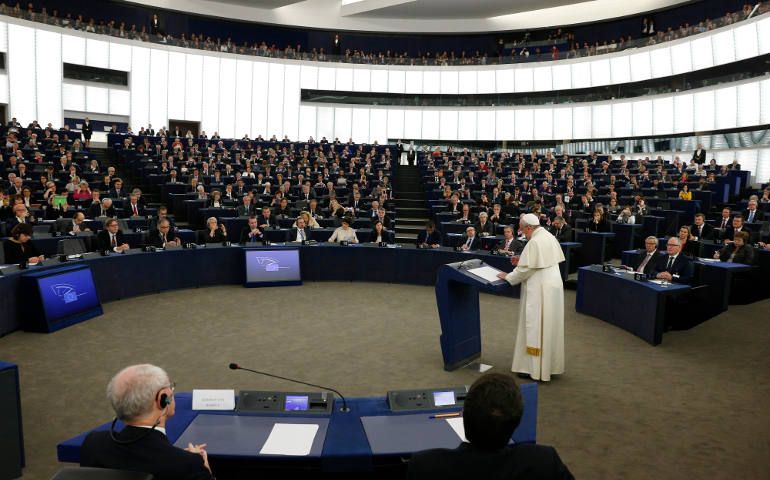 In an address Tuesday before the European Parliament, Pope Francis spent a portion of his remarks addressing ecology, reminding the leaders of the continent's historical prominence in environmental protection and preservation.

The speech focused on the theme of human dignity and human rights, and through that framework Francis addressed various issues, including the environment.

In discussing education, the pope said that young people look for an education that allows them to see hope rather than disenchantment, specifically identifying the scientific field.

“There is so much creative potential in Europe in the various fields of scientific research, some of which have yet to be fully explored.  We need only think, for example, of alternative sources of energy, the development of which will assist in the protection of the environment,” he said about halfway through his address.

“Europe has always been in the vanguard of efforts to promote ecology,” he said, before going on to reiterate viewpoints that have become common in his speeches that touch on the environment.

“Our earth needs constant concern and attention,” he said. “Each of us has a personal responsibility to care for creation, this precious gift which God has entrusted to us. This means, on the one hand, that nature is at our disposal, to enjoy and use properly. Yet it also means that we are not its masters. Stewards, but not masters.

He continued, “We need to love and respect nature,” which means “more than not destroying it; it also means using it for good purposes.”

Francis honed in on the agricultural sector, “which provides sustenance and nourishment to our human family.” At the same time, he said, “It is intolerable that millions of people around the world are dying of hunger while tons of food are discarded each day from our tables.”

“Respect for nature also calls for recognizing that man himself is a fundamental part of it. Along with an environmental ecology, there is also need of that human ecology which consists in respect for the person,” the pope said.

His speech to leaders of the European Union also touched on immigration, labor, the global economy, persecution of religious minorities (including Christians) in the world, and the importance of keeping democracies alive on the continent.

World | Pope: Europe 'always been in the vanguard' of ecological efforts