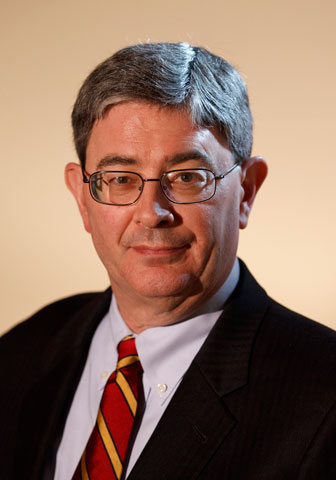 All who care about the Roman Catholic church -- including the conservative columnist and biographer of Pope John Paul II, George Weigel -- know the church is in trouble. It is a fragile bark, blown about the waves by the hostile winds of postmodern culture. A third of the crew has plunged into the sea and swum ashore, the remaining crew threaten mutiny, and the captain? Where is John Paul II, Weigel asks, when we need him most?

Weigel sees the ship as about to smash on the rocks of history, but he knows what has to be done. He has framed his prescription to gel with what is called the “new evangelization,” yet a new book on Pope Francis excerpted in The Wall Street Journal April 13 suggests that movement, which has produced a lot of talk, is now out of breath.

On March 7, when as Cardinal Jorge Mario Bergoglio the pope had his five minutes to address his peers in general congregation, the cardinals, wearied of hearing “new evangelization” for years without agreeing what it meant, perked up. Bergoglio skipped it and called on them to model the church on the humility of its origins.

Nevertheless, Weigel has produced a wordy tome, spelling out a “deep reform” movement that began with Pope Leo XIII, was furthered by Pius XII, and has come into “sharper focus” by “two men of genius,” John Paul II and Benedict XVI. It is a challenge to “move beyond old left/right surface arguments ... about ecclesiastical power, and into a deeper reflection on the missionary heart of the Church.” That said, he denigrates progressive Catholicism for “watering down” Catholic truths, and traditionalism because it retreats into the catacombs rather than answer the call for mission.

Meanwhile -- we can almost hear the bugles -- from Yonkers, N.Y., to Pluscarden Abbey in the Scottish highlands, he says, men and women “live the consecrated life according to the model of Evangelical Catholicism.” Weigel says these are “real” Catholics; others, including priests, nuns and members of religious orders who deny certain doctrines, “are, in existential fact, adherents of another religion.” Catholic political leaders who disagree with an episcopal policy are in a “defective state of communion.”

So far, Weigel’s prose has been devotional boilerplate, the lingo without the substance of theology. Now he has moved into attack mode. His role is not that of a theologian -- only a few are even named in his book -- but a self-appointed consultant with a plan to better market what used to be the Catholic church.

The heart of the book is Weigel’s personal list of reforms. Many bishops’ conferences have taken on the character of men’s clubs, incapable of criticizing one another and soft on correcting dubious orthodoxy. Bishops were chosen for administrative skills and the ability to get along, when they should be chosen for preaching and teaching skills, the ability to draw converts. Their role model, Weigel says, should be John Paul II. Weigel forgets that the current crop of bishops, including many careerists, bishops whom he finds unsatisfactory and who are responsible for the sexual abuse crisis, were all appointed by John Paul II and Benedict XVI.

The priests have been trained in seminaries more fixed on psychology than moral theology, Weigel says. As with the bishops, their virus was clericalism, seen as admission to a caste, and ministry as domination. Celibacy must be deepened, not weakened. Seminarians should study the Catechism of the Catholic Church as a solid foundation. Sermons are weak, he says, because they employ the historical-critical method of biblical interpretation and there is too much storytelling, pop culture and humor.

The new 2011 Roman Missal, Weigel says, is better because the length and complex structure of the prayers will force the celebrant to pay more attention to the text and therefore speak intelligently. (I have never heard a good word from priests or anyone else about these stiff, bloated, incomprehensible prayers.)

Weigel’s liturgical reform calls for churches to be built facing Jerusalem and for the priest, who may face the congregation while preaching, during the sacrifice to face Jerusalem, the rising sun, for this is where Christ will come in the new kingdom. Meanwhile the liturgical calendar must be reshuffled with a lot more holy days of obligation and more Gregorian chant, while expunging heretical hymns like “I Am the Bread of Life” and “Ashes” -- to Weigel, “Pelagian drivel” that “would have sent St. Augustine’s head spinning.”

Shaping up consecrated life, Weigel attacks the new pope’s Society of Jesus for its alleged involvement in Third World politics, toleration of homosexuality, and theological dissent. In October 1981, John Paul II first refused to allow the ailing Jesuit Superior General Fr. Pedro Arrupe to resign, and then appointed his own vicar to run the society when Arrupe was paralyzed by a stroke. Weigel says the intervention “failed” because the Jesuits didn’t change their ways.

According to the late General Assistant Fr. Vincent O’Keefe -- and contrary to Weigel’s account -- John Paul had been misinformed that two-thirds of the Jesuits in rebellion would leave the society. In fact, the Jesuits simply went about their business as usual, until the pope realized he had been bamboozled by his informers’ accusations. He switched gears, allowed the society to elect its own general and restored the Jesuit-papal relationship.

Weigel metes out the same treatment to religious women. That makes him one of the few Catholics who did not leap to defend the nuns who had sacrificed their lives in service.

In the universities, Weigel deplores the “unmooring” of theological reflection from Scripture and tradition, from the authority of the church, and he documents his uneasiness with academic gossip. When postmodern theologians embrace non-Catholic intellectuals and incorporate some of their insights -- taking ideas from Marx just as Thomas Aquinas adapted Aristotle -- Weigel responds that Aristotle was “right” while Marx was “wrong.” It does not occur to him that sometimes Aristotle could have been wrong and Marx right. His list of horrors includes a “Lavender Graduation” at Georgetown University, “drag shows” at Seattle University and Loyola Chicago, and the Catholic Theological Society of America’s vote 147-1 to support Fordham University’s Elizabeth Johnson against the U.S. bishops’ Committee on Doctrine. Did Weigel read Johnson’s Quest for the Living God? It does not occur to him that 147 Catholic theologians might be right and the bishops’ committee wrong.

In public policy, Weigel reminds us that life issues are the priority social justice issues, but somehow war doesn’t make his list. His hero John Paul II did everything he could to prevent the U.S. invasion of Iraq, including sending his envoy to see President George W. Bush. Surely starting a war that killed hundreds of thousands is a serious life issue, but Weigel supported the war.

As for that boat bouncing on the wild waves of modernity, I don’t think the Weigel Consulting Firm is the one to appoint the captain. We’d end up with another Captain Queeg.

A version of this story appeared in the May 24- June 6, 2013 print issue under the headline: The Weigel Consulting Firm has a plan for the church.