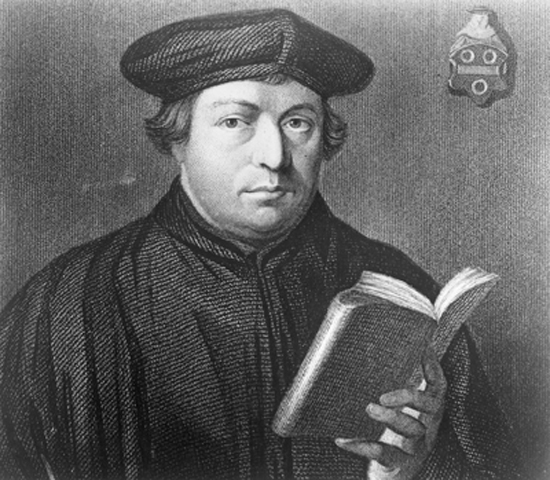 Catholics and Lutherans have made another step toward joint commemoration of the 500th anniversary of the Reformation in 2017 by issuing common liturgical guidelines for ecumenical services to mark the occasion.

The guidelines, in a booklet called “Common Prayer,” provide a template for an ecumenical service, complete with suggested prayers, appropriate hymns and themes for sermons.

Catholic leaders in Luther’s home country of Germany, where interest in the anniversary is strongest, at first balked at the idea of “celebrating” what Lutherans there had already named the “Reformationsjubiläum” [Reformation Jubilee].

But detailed talks between the Lutheran World Federation and the Vatican produced a 93-page report titled “From Conflict to Communion” in 2013 that announced they would mark the anniversary together and presented the Reformation as the start of a shared 500-year journey rather than a single and divisive historical event.

The latest guidelines say all services should stress the concepts of thanksgiving, repentance and common commitment, with the main focus on Jesus. The guidelines were presented Jan. 11 by the Geneva-based Lutheran federation and the Vatican’s Pontifical Council for Promoting Christian Unity.

The Reformation, which began with the publication of Martin Luther’s 95 Theses in 1517, divided Western Christianity as Protestants broke away from Roman Catholicism and formed their own churches. Until about 50 years ago, the two sides observed each other with suspicion across a deep theological divide.

But ecumenical discussions in recent decades have reached such a reconciliation that theologians recently suggested they explore the possibility of sharing Communion, which the Catholic Church does not allow with other Christians.

When a Lutheran woman married to a Catholic asked Pope Francis about this during his visit to her church in Rome last November, he said he couldn’t decide the question but hinted strongly that he supported it.

“It is a question that each person must answer for themselves … there is one baptism, one faith, one Lord, so talk to the Lord and move forward,” he told the congregation, which broke out in applause.

The “Common Prayer” booklet stresses the shared beliefs between Roman Catholicism’s 1.2 billion members and the 75 million Lutherans around the world and advises readers that its recommendations can be adjusted according to the country and language in which they are used.

The section on repentance admits the post-Reformation wars of religion caused “the deaths of hundreds of thousands of people” and undermined the gospel message. “We deeply regret the evil things that Catholics and Lutherans have mutually done to each other,” it says.

“This common prayer marks a very special moment in our common journey from conflict to communion,” the Rev. Martin Junge, general secretary of LWF, and Cardinal Kurt Koch, head of the Vatican’s ecumenical department, said in a joint letter accompanying the guidelines.

The booklet suggests that ecumenical services have two presiders, one Catholic and one Lutheran, and several prayer readers of both faiths.

They should use hymns known to both Catholics and Protestants, such as “Praise to the Lord, the Almighty” -- originally written for a Lutheran church in Germany -- or meditative chants such as “Veni Sancte Spiritus” from the ecumenical community of Taizé in France.

Readers are told to cite passages in “From Conflict to Communion” that explain why Catholics and Lutherans should gather in prayer, and presiders are instructed to lead a prayer that laments “that even good actions of reform and renewal had often unintended negative consequences.”

For a Gospel reading, it suggests John 15, in which Jesus compares himself to a vine and says his followers are its branches. The service should include recitation of two common prayers, the Apostles’ Creed and the Lord’s Prayer.