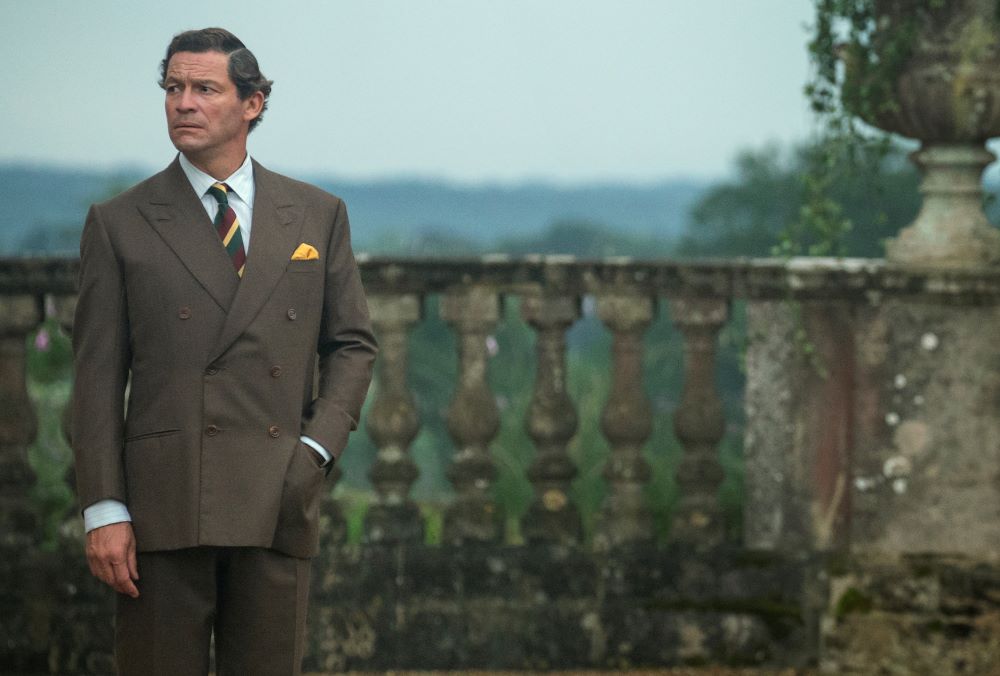 Dominic West portrays Prince Charles in Season 5 of "The Crown" on Netflix. The latest season highlights the prince's impatience to take over the throne and implement new ideas.(Courtesy of Netflix)

Although no one could have predicted the date Queen Elizabeth II would pass away, watching the fifth season of "The Crown," (which premiered on Netflix two months after her death) one gets the sense the writers grasped onto something in the air, specifically in how they seem to predict the former Prince of Wales, now King Charles III, would inherit the throne sooner rather than later.

Across the 10-episode arc that populates what is undoubtedly the most uneven season so far, Prince Charles comes off as the unlikeliest of heroes. To say that he's "redeemed" would be too facile, but after watching the season twice, I view him, surprisingly, as the season's MVP, a strange beacon of hope for what is coming in the show's sixth, and final, season.

I say "surprisingly" because the fourth season devoted itself to showing us how Princess Diana's (played by an ethereal Emma Corrin) life went from fairy tale to gothic horror, largely in part to her husband's indifference (Charles was played by Josh O'Connor who went on to win an Emmy for outstanding lead actor in a drama) and his ongoing affair with Camilla Parker Bowles (then played by Oscar winner Emerald Fennell). Anyone with a sense of dramatic continuity (or who remembers Corrin's haunting expression in the final frames of the previous season's finale) would have expected the newest season to further its exploration of Diana as a hummingbird in a gilded cage.

Instead, it appears that the show, rather courageously, attempted to do what journalism has told us it tries to do: achieve impartiality with different takes on the same matter. While reducing characters to villains or heroes is quite binary, it's human instinct to try and align ourselves with what we consider to be just and fair, i.e., last season we were all #TeamDiana. 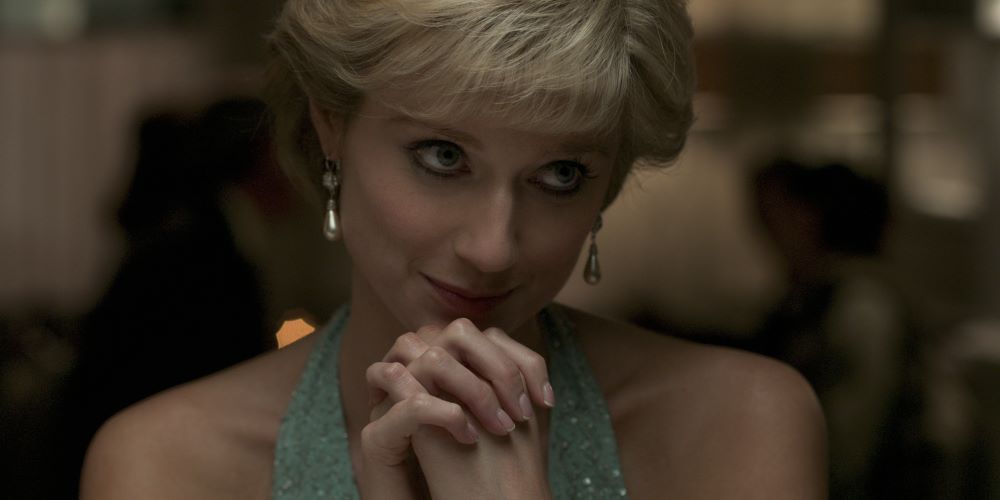 Elizabeth Debicki plays Princess Diana in Season 5 of "The Crown" on Netflix. (Courtesy of Netflix)

Season 5 doesn't forget or shun Diana (now played by an utterly luminous and heartbreaking Elizabeth Debicki) but it treats Charles (a charming Dominic West) with the grace of an adult who as a child could not fathom the complexities of relationships, and is only in his later age coming to an understanding, perhaps peace, with why couples choose to divorce.

For years, decades even, the media supported the narrative that positioned Charles and Diana as holders of absolute truths. You had to pick a side. This was advanced by the princess' tragic death in 1997 and Charles' eventual marriage to Parker Bowles, now Camilla, queen consort. As Season 5 studies the challenges of the public accepting Charles' love for Camilla (an unexpectedly moving Olivia Williams), it also provides a glance into Charles' modern approach to the monarchy.

Halfway through the season, in an episode appropriately titled "The Way Ahead," the show turns itself, and our expectations, on its head as it accomplishes a variety of dramatic successes within an hourlong narrative that could have proved to be disastrous.

The episode begins with what eventually became known as "Tampongate," a shameful invasion of privacy from the British press, who published an intimate telephone conversation between Charles and Camilla. Instead of focusing on the sensationalist aspects of the events, writer and series creator Peter Morgan uses the scandal as an opportunity to shine a light on Charles as a reformer in the making, something of a man for all seasons. 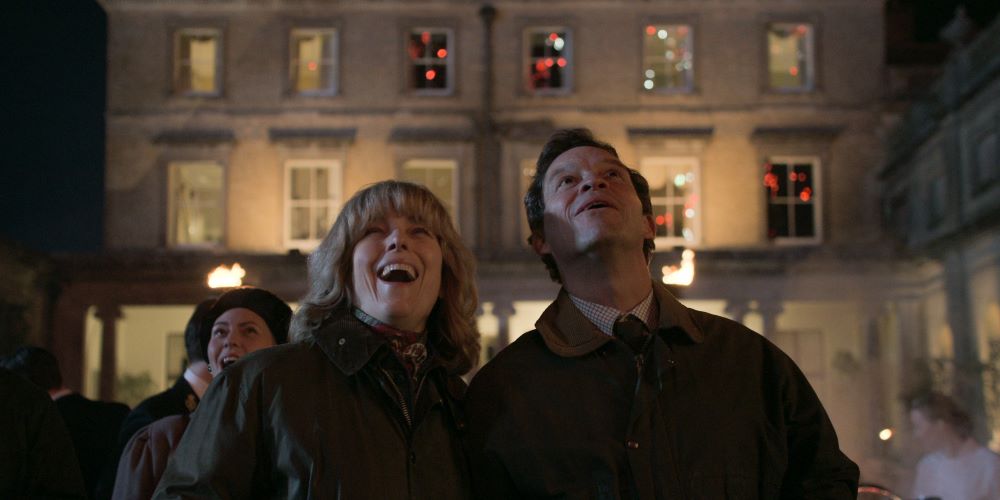 Camilla Parker Bowles (played by Olivia Williams) and Prince Charles (played by Dominic West) watch fireworks in Season 5 of "The Crown" on Netflix. While the prince and others were celebrating, Princess Diana was giving an interview to a BBC reporter.(Courtesy of Netflix)

"The Crown" is well known for its recreations of historical moments and as the show enters the media-obsessed '90s, the season presents us with reenactments of famous television interviews. In "The Way Ahead," we see Charles sit down for an in-depth talk with journalist Jonathan Dimbleby (Ben Warwick), a landmark documentary where the Prince of Wales discussed his thoughts on the importance of uniting every religion practiced by people living under his future reign.

When Dimbleby reminds him about his interest in other faiths and how this would come into play when he as king also assumed his role as "Supreme Governor of the Church of England," a thoughtful Charles replies, "I prefer not to think of myself as defender of one faith, but as defender of faith in general." Watching West neither impersonate nor merely recreate Charles' pauses and cadences in the interview, but instead try to access his soul is a moment of grace within a hurricane.

"The Crown" has touched on spirituality and religion in past seasons, but it has rarely done so with such bravado and straightforwardness. Forgiveness is a recurring theme in Queen Elizabeth's arcs and calls to mind the queen reminding us in 2011 that "God sent into the world a unique person — neither a philosopher nor a general (important though they are) — but a Saviour, with the power to forgive."

Near the end of the episode, a relieved Princess Anne (Claudia Harrison) informs her family that she believes Charles will be a good monarch and that he's stronger than he's been given credit for. Albeit it's not said explicitly, one can gather from the way in which we see Charles navigate scandal in this episode that his devotion to a kind of syncretism — a gathering of valuable bits from various faiths — is what centers him.

In the past, Charles has been both praised and condemned for comments like when he expressed that "extremism is no more the monopoly of Islam than it is the monopoly of other religions, including Christianity," or how he's talked about the "moral economy" of Islam and suggested Western capitalism could learn from concepts like avoiding usury and taking a sustainable approach, based on spirituality, to finance.

Following his mother's death, King Charles invited leaders of several religions to Buckingham Palace where he recommitted himself to be a believer of unity and community. He reminded guests that his take on diversity comes from his "Christian beliefs [which] have love at their very heart."

His late mother was sometimes referred to as "the last true believer," but neither "The Crown" nor her son's openness to absorbing lessons from various faiths are seen as being in opposition to the queen's deeply held beliefs.

Depending on who you ask, Morgan's series is either a scandalous attack on the lives of the royals (not long ago, Dame Judi Dench called out the show for its "crude sensationalism") or a love song to the monarchy. That the show can be both at once is a testament to the craft and expertise with which it's made, a Rorschach test dripping with diamonds and prestige. That it also invites spiritual reflection and inclusion feels like an unexpected blessing.

A version of this story appeared in the Jan 20-Feb 2, 2023 print issue under the headline: 'The Crown' offers 'a Rorschach test dripping with diamonds and prestige'.