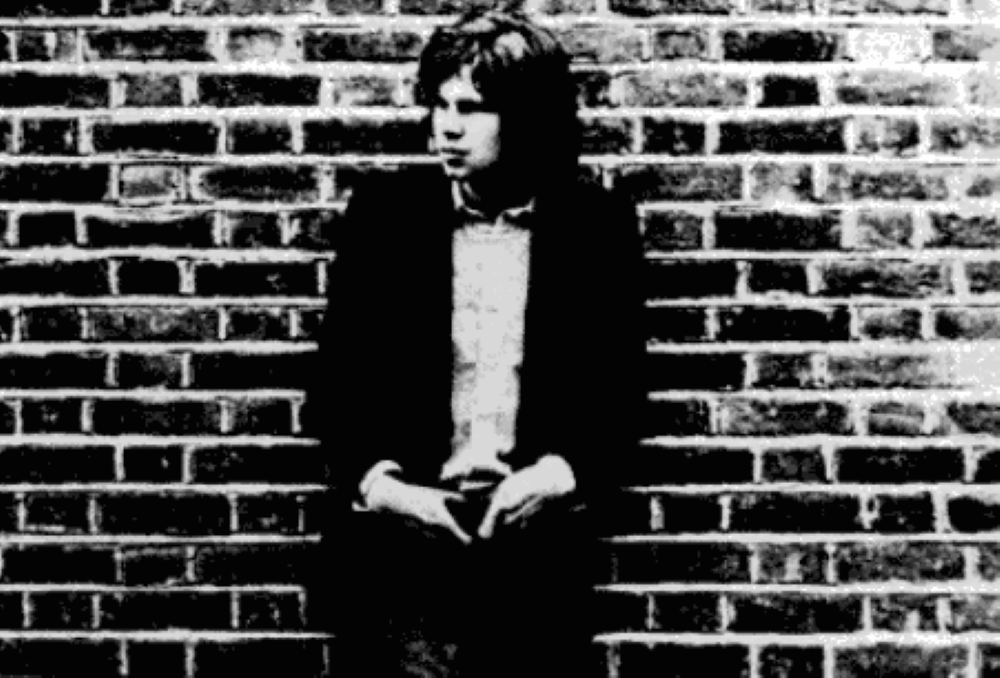 Nick Drake did not know what he was praying for.

I am often praying to be present these days. Grounding myself. Finding the spaces in my body where energy is running unattended to. Merging the mind and the corporeal form. Whatever you want to call it. Attempting resonance. 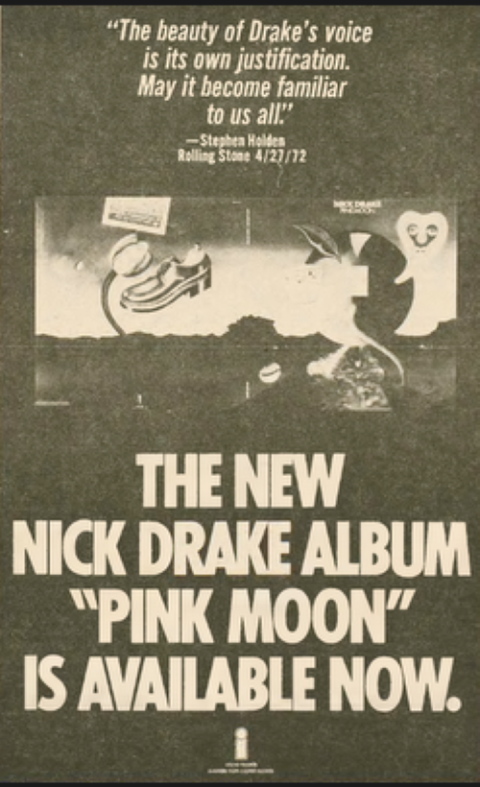 We are spiritual beings first.

To say God's name outright, or to tell his stories without first preparing our bodies to receive his stories, is a crude way to begin. I mean the literal definition of: likely to be only approximately accurate.

Leave the approximations for human communication. If you prepare your body for prayer, God needs no approximation.

The first song of "Pink Moon," Drake's third album released in 1972, is the listener's call to open. Another way of saying this: The album's title track is Drake's appeal to be heard.

There's 28 minutes of song or 28 minutes of prayer or 28 minutes of poetry, however you prefer to hear Drake. Nine of the eleven songs have three verses or less. Most of the songs contain multiple repeating lines. He sings like a person who does not believe himself to ever have been received. Heard. This constant self-repeating is an act of the desperate and wanting.

I like this album because I like the sound of it; a seven-stringed guitar and one song with an additional piano accompaniment. I've never given much thought to the lyrics, and after scrutinizing them I don't know what they mean. Later on, I'll forget the words and return to the sound.

Poetry, they say, isn't supposed to be about anything. Prayer, they say, isn't literal. Liturgical poems exist to reflect what we've learned from the siddur (prayer book). We write and edit and rewrite our reflections because explaining how we feel is like chasing the horizon. We explain anyway. We are called to address the making of the world.

In temple, I marveled how prayers sung in Hebrew, a language which I still have no fluency in, could make sense to me. Later, I approached two searches in adulthood: one, a search for a religious practice that felt right and good to me, the second was a longing for an understanding of poetry; how to read and write art, a skill I likened to magic-making. And I wanted to make magic, too.

I tried combining the two practices, finding that the overlap existed well beyond the liturgical poems embedded in my prayer books. Both poems and religious songs were collections of words intended to shake the body. In art this is called eliciting a reaction. Being open to receiving art is nearly as important as the art object itself.

Of his "Pink Moon," critics emphasize Drake's depression in the making and sound of the album. They sound "bleak" or "stark." They are uncomfortable with how "he sings as if he were viewing his life from a great, unbridgeable distance." The effect is "chilling," to be so detached from one's life. It's hard to say where Drake ended and his depression began, but I hear the album as a measure of how deeply one can go into themselves.

Some of us leave ourselves in order to be in the world shared with others. Some of us detach from others to dig into our own selves. Some manage a balance between the two.

Once you are open to prayer, how do you close? Possibly, to focus on the beginnings of things, to go back to the start. Drake sings, in the album's final song, "From the Morning": "A day once dawned, and it was beautiful / A day once dawned from the ground."