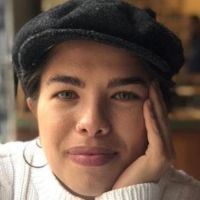 Perspective: We can listen to David Bowie's 1972 "The Rise and Fall of Ziggy Stardust and the Spiders from Mars" as if it were released this year, as if its messages were precisely of this time, urgent and unrelenting.

"Take It Easy," remains one of the Eagles' most notable songs. Eagles drummer Don Henley once said it highlights Americans' "search of freedom, identity, fortune and this illusive thing we call 'home.' "

Al Green's 1972 album "Let's Stay Together" bisects the point between his own musical traditions, with albums released before 1973 reflecting a life ungrounded and quickly unraveling, and albums released after speaking toward God.

By the time "Young, Gifted, and Black" was released in 1972, Aretha Franklin had released 21 albums, including recordings of live concerts. Church and holy belief is everywhere in her voice.

On John Prine, quiet rebellion and the power of storytelling