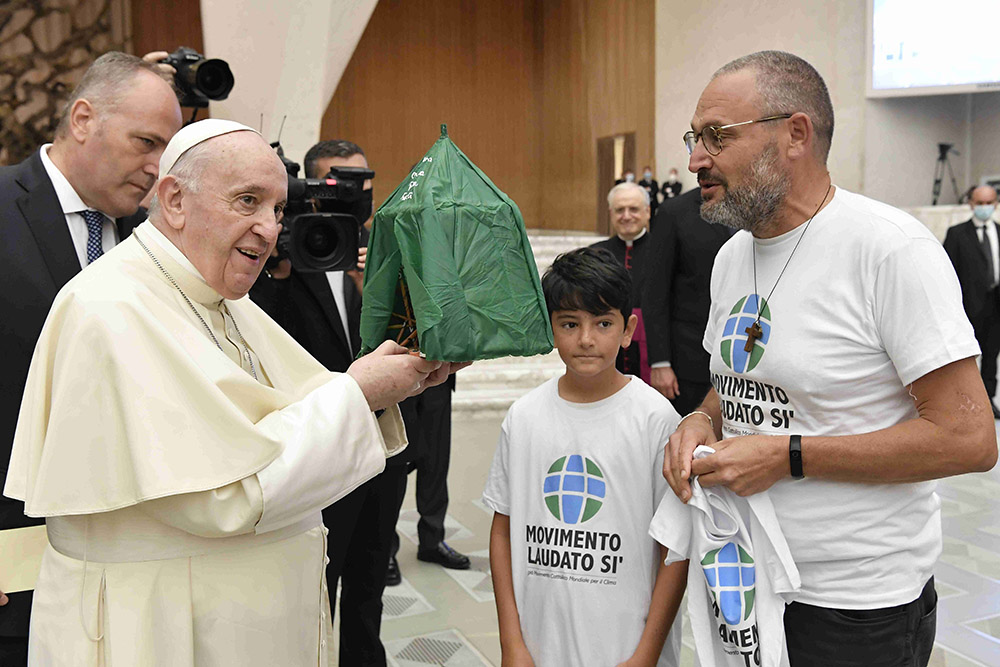 Pope Francis accepts the gift of a handmade "Abraham's tent" during his general audience in the Paul VI hall at the Vatican Sept. 1. The gift was given by members of the Laudato Si' Movement. (CNS/Vatican Media)

The full launch of the Vatican's major initiative to implement Pope Francis' encyclical on the environment and creation care throughout the global Catholic Church has been pushed back to mid-November.

Originally set for Oct. 4, the feast day of St. Francis of Assisi, the Laudato Si' Action Platform is now scheduled to begin its enrollment period on Nov. 14. By that time, planning guides and related materials for the program — a type of sustainability road map guided by church teaching — are expected to all be completed and made available on the initiative's website.

Meanwhile, the Vatican Dicastery for Promoting Integral Human Development, which is leading the project, has planned a 40-day prayer and promotion campaign to increase awareness and build greater momentum around the action platform. It also plans to release some initial resources on the website Oct. 4, along with a list of events to take place before the new launch date.

In a letter announcing the new campaign, Cardinal Peter Turkson, prefect of the dicastery, formally invited Catholic organizations to join the Laudato Si' initiative during what he called "this crucial decade" for "radical societal transformation" as increasing climate change and environmental degradation threaten both the planet's ecosystems and people.

"The platform will create a space for the universal Church — and beyond — to respond to the global emergency we are facing. Through it we can learn and grow together as we take decisive action to build a better future in the spirit of Laudato Si'," he said.

The Laudato Si' Action Platform has been billed as a major grassroots effort to mobilize Catholics worldwide to put into action the message of integral ecology in Francis' 2015 encyclical, "Laudato Si', on Care for Our Common Home," during a decade scientists say is critical for global responses to climate change and other environmental destruction.

The platform outlines specific actions and goals for Catholics across seven sectors — families, parishes and dioceses, religious orders, educational institutions, health care centers, economic institutions and lay organizations — and invites groups to complete them within a seven-year period. Working groups have been developing steps for the seven sectors to follow.

Organizers have mapped a timeline for the "seven-year journeys," with the first spent in preparation and planning, followed by five years of concrete actions and wrapped with a final sabbatical year "to praise and thank God."

Before that can begin, the platform will have to go live.

The decision to delay the full launch was shared with its steering committee and working group leaders at a Sept. 17 meeting. Plans for the 40-day period were detailed in a follow-up email, a copy of which EarthBeat reviewed.

Salesian Fr. Joshtrom Kureethadam, coordinator of the dicastery's ecology and creation sector, told EarthBeat that the postponement was necessary to allow some of the working groups more time to finish their sector planning guidelines. Work within the health care systems group, for instance, has been slowed by the coronavirus pandemic. 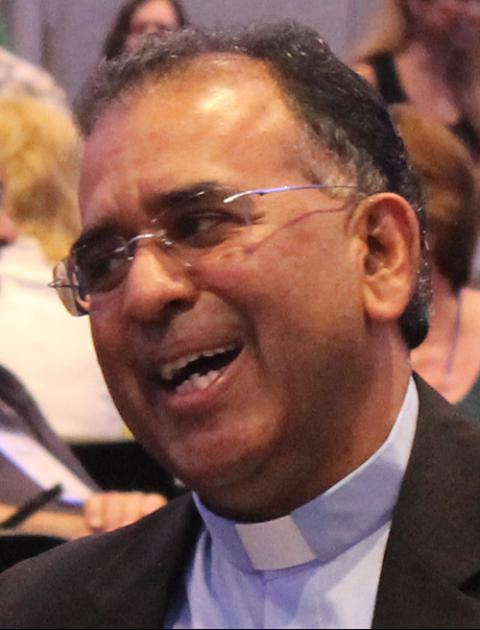 Platform organizers also plan to use the time to expand membership in the working groups, in particular to provide greater regional representation. The 40 days of prayer will include brief prayers specific to each of the seven sectors, with each assigned to a day of the week. Organizers also plan to use that period to boost the action platform's visibility, especially on social media.

Kureethadam told EarthBeat that the seven-year process called for by the platform made it "important to begin with a strong, prayerful foundation."

The new target date, Nov. 14, is the World Day of the Poor, which Francis established in November 2016.

In a recording of the working group meeting obtained by EarthBeat, Kureethadam said organizers view the new date as a sign from the Holy Spirit "that the transformation of the world will not come from the mighty and the powerful, but it will come from the poor."

The launch will also follow a major U.N. climate conference, COP26, to be held in Glasgow, Scotland, Nov. 1-12. That could be symbolic, Kureethadam told working group members, because once the conference is over, "we get to do action."

In anticipation of COP26, Francis is set to host a gathering of faith leaders and scientists at the Vatican Oct. 4, which also concludes the ecumenical Season of Creation. They are expected to produce a statement to world leaders stressing the moral urgency of substantial action at the Glasgow summit.

Organizers of the Laudato Si' Action Platform provided the pope a preview in late August, who again offered his encouragement of the project.

This is the third time the Laudato Si' Action Platform has run into roadblocks.

Originally, it was to be part of a special Laudato Si' Year, celebrated throughout 2020 to mark the fifth anniversary of the encyclical. But the global COVID-19 outbreak delayed those plans, and the year was marked from May 2020, five years after Francis completed the encyclical, through May 2021.

That year was to conclude with the platform's full launch. Instead, it was formally introduced on May 25, with a video message from Francis and a Vatican press conference featuring Turkson and others involved in its creation. There, it was announced that the full program would be ready for groups to enroll on Oct. 4.

Despite the delays, the platform has been much anticipated by many Catholics.

More than 1,200 people registered for a Sept. 29 update on the platform's U.S. rollout, which is being orchestrated by the Catholic Climate Covenant. 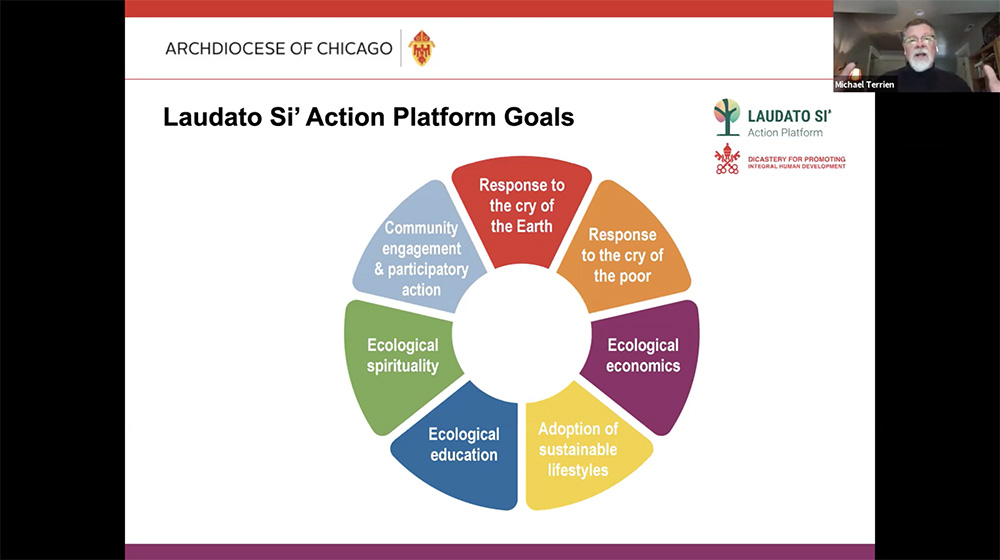 Paz Artaza-Regan, a Covenant program manager and member of the working group for parishes and dioceses, announced the new date during the event. She told EarthBeat in an email that the delay is to ensure that a large and complicated project is fully vetted before its release.

"In the spirit of synodality, the Vatican wishes to ensure that the Platform fully reflects the needs and concerns of every region of the world, that it provides all the regionally relevant resources, and that it works well before launching," she said.

The Covenant webinar included updates from the working groups for parishes and dioceses, religious communities and universities.

Platform organizers in the Leadership Conference of Women Religious and Conference of Major Superiors of Men sent invitations to congregations across the country. A committee in the Chicago Archdiocese issued similar invitations to parishes, providing information about the action platform and how to join it.

So far, 28 presidents of Catholic colleges and universities have signed a letter stating they will join the action platform. U.S. schools signed on so far are DePaul University, Loras College, Quincy University and Gonzaga University.

Michael Therrien, director of the Chicago Archdiocese's care for creation ministry, said people must realize that the platform isn't a single event or date, but a seven-year journey, and that people and groups will have different starting points.