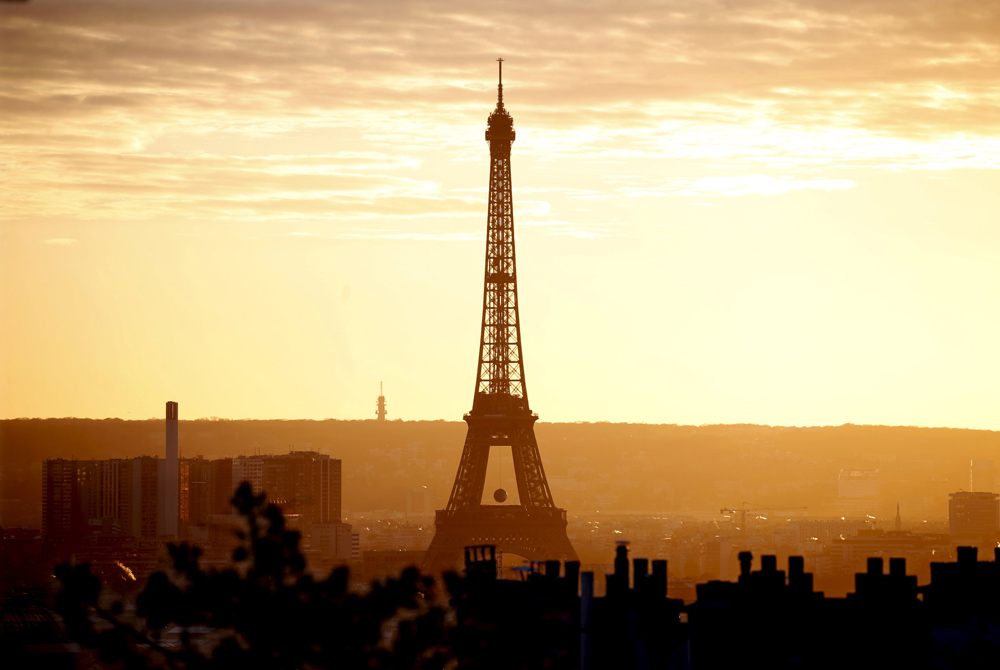 Welcome to Burning Questions, the new feature here at EarthBeat where we'll try to answer those questions smoldering in your mind about climate change and religion — from the basics to more complex, and everything in between.

The latest Burning Question comes to us from a reader curious about the Paris Agreement.

The global climate accord was in the news last week after President Donald Trump, who has called climate change a "hoax," began the formal process to remove the United States from the Paris Agreement — a move denounced by many Catholic groups.

Our reader asked, what exactly the Paris Agreement requires of individual countries, and whether anyone's keeping track.

The Paris Agreement (full text) was the culmination of years of negotiations at COP21, the annual United Nations summit that was held in Paris in December 2015. (Its formal name is the 21st session of the Conference of the Parties to the U.N. Framework Convention on Climate Change, hence the far-briefer COP21.)

That year in Paris, 195 nations adopted the first global climate pact committing every nation on the planet to reduce their greenhouse gas emissions toward a shared goal: limiting the increase in average global temperature to "well below" 2 degrees Celsius above pre-industrial levels (3.6 degrees Fahrenheit), while "pursuing efforts to limit the temperature increase to 1.5 C [2.7 F]."

In essence, it replaced the 1997 Kyoto Protocol, which only required 37 developed nations to reduce greenhouse gas emissions. With the Paris accords, the responsibility expanded to all nations, though in proportion to each country's size, economic situation and historical contribution to the planet's warming. 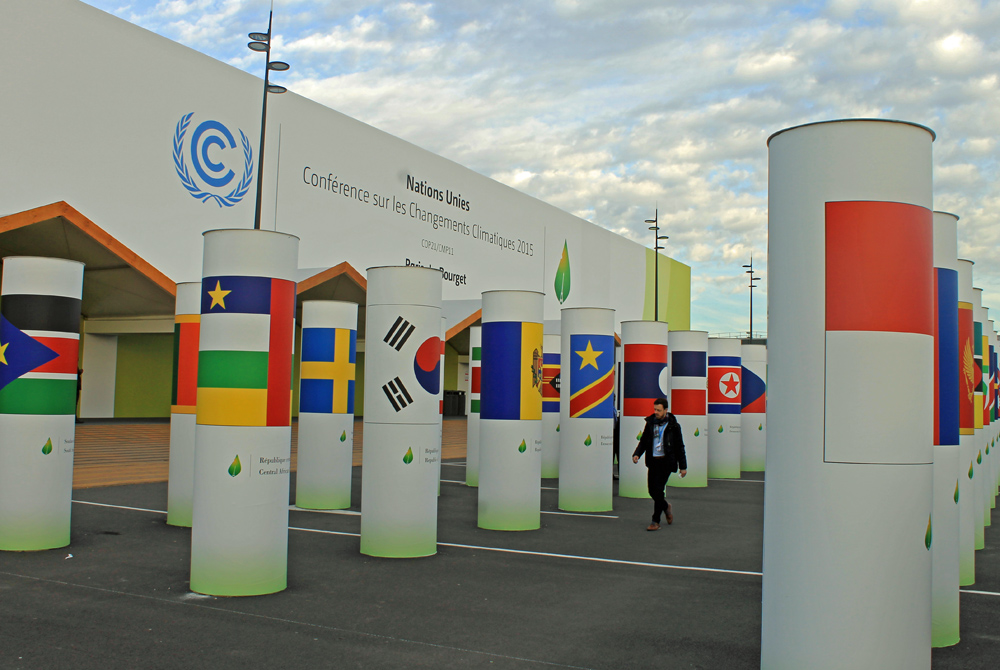 So the Paris Agreement requires each nation to reduce its emissions?

Yes. The agreement says that beginning in 2020 each nation is required every five years to set its own emissions reduction plans, to "reflect its highest possible ambition," or in U.N. jargon, nationally determined contributions. Countries are also directed to publicize what the commitment is.

As part of the lead up to COP21, more than 180 nations brought with them pre-committed pledges as a way to build momentum toward a deal. That included both the United States and China, which in November 2014 announced jointly their initial plans: for the U.S., cutting greenhouse gas emissions by 26-28% below 2005 levels by 2025; and for China — still viewed by the U.N. as a developing country —to peak carbon emissions no later than 2030, and by that date to draw at least 20% of all energy from non-fossil fuel sources.

The joint commitment was viewed at the time as a significant boost to negotiations in Paris, as the two countries account for roughly 45% of global emissions — with China the present-day leader of total emissions, followed by the U.S., which is responsible for the largest historical share of global emissions.

OK. Are these commitments documented anywhere?

The U.N. Framework Convention on Climate Change (UNFCCC) has catalogued all 184 national commitments to date. The Marshall Islands — one of the nations most at risk of rising seas due to climate change — became the first nation last year to submit its second commitment.

Earlier this month, Climate Watch, a program of the World Resources Institute, launched its 2020 NDC Tracker to keep tabs on nations' new commitments. It reports that so far 41 countries, including the European Union, representing 10% of global emissions have stated they will update climate commitments by 2020. Sixty-eight countries have indicated they will increase their ambition or action within their 2020 commitments.

Just days after Trump's election in November 2016, the U.S. under President Barack Obama submitted a long-term low-emissions strategy at COP22 in Morocco. That plan mapped an 80% emissions reduction below 2005 levels by mid-century.

A common critique of the Paris Agreement, even as it was being negotiated, is its lack of direct enforcement mechanisms to ensure nations follow through on what they say they'll do.

While the Paris Agreement is an international treaty, only parts of it are legally binding. For instance, the procedures on reporting and publicizing emissions reduction plans are binding, as are putting forth progressively increasing plans every five years. But there is no legal requirement to fulfill the mitigation goal.

That was in no small part a concession to the Obama administration's belief that a Republican-controlled Senate would not ratify such a climate deal. The agreement was designed then as an extension of existing international agreements that could be approved by executive order.

As a result, the Paris Agreement does not include penalties for noncompliance. Instead, it largely relies on pressure among countries and from the general public, along with the cycle of new, increasingly ambitious targets, to hold nations to their commitments to reduce their share of emissions. 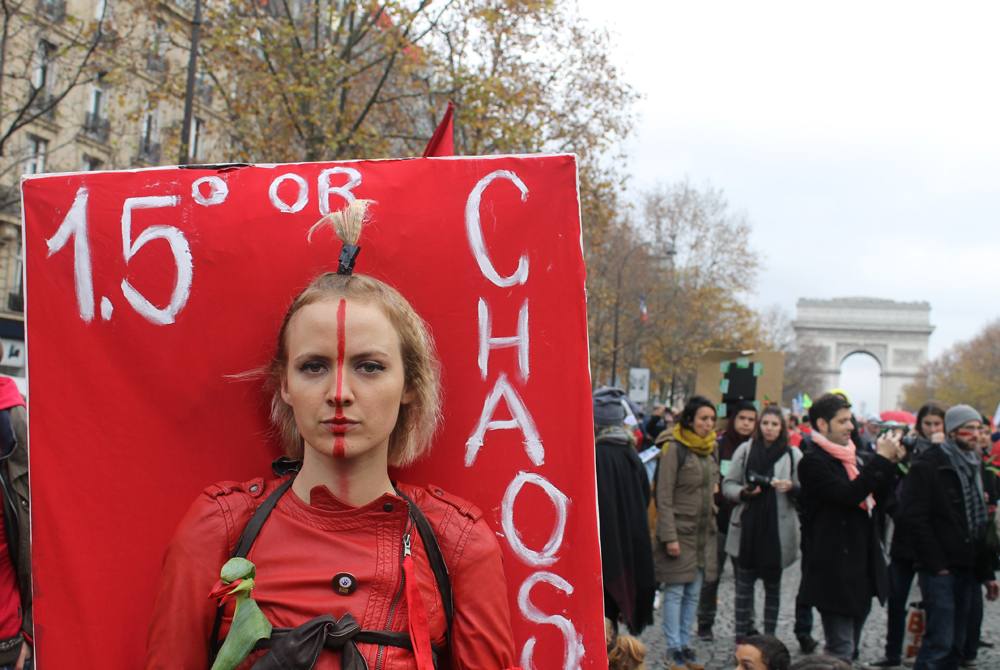 A young activist at demonstration Dec. 12, 2015, in Paris a wears a sign stating "1.5° or Chaos" — a reference to limiting global warming below the 1.5 degrees Celsius. The temperature goal was included within the Paris Agreement. (NCR photo/Brian Roewe)

Who's monitoring these national emissions plans?

Along with submitting emissions reduction plans, countries are also required every five years, beginning in 2023, to provide national reports to the U.N. on emissions mitigation and climate adaptation efforts as part of a "global stocktake" of progress in meeting the Paris goals.

Additionally, a number of scientific groups and non-government organizations are independently tracking what countries have pledged when and where the world stands in meeting the under-1.5 C goal of the Paris Agreement.

Climate Watch's 2020 NDC Tracker, mentioned above, is one.

Another is Climate Action Tracker, an independent scientific research group. It rates each country's climate mitigation plan on how it contributes to meeting the Paris goals and if it represents a "fair share" of a country's historical emissions. Using those two metrics, it ranks countries on a scale that ranges from "role model," on the positive end, to "critically insufficient" at the other.

The World Resources Institute also has helpful information about when and how countries joined the Paris Agreement. As does the Center for Climate and Energy Solutions, which was a resource for this Burning Question.

OK. So where do things stand now?

In short, not great.

The planet has already experienced 1 C of warming since preindustrial times, or around the end of the 19th century.

According to a September report from Climate Action Tracker, the planet is currently on pace to warm 3.2 C by the end of the century, and is set to cross 1.5 C of warming by 2035 and 2 C around 2050. It was the latest report to conclude the 3 C warming trajectory.

A separate report from scientists with the Universal Ecological Fund released this month found that nearly three-quarters of individual nations' pledges were insufficient to hold warming well below 2 C, with the failure to reduce emissions costing the world an estimated $2 billion a day by 2030 due to extreme weather events.

Negotiators in Paris were aware of the shortfall of ambition between the countries' initial pledges and the 1.5 C goal. That motivated the inclusion in the text of regular global stocktakes and the expectation of increasing ambition with each pledge. With updated NDCs required in 2020, how countries increase their ambition is expected to be a major focus at COP25 in Madrid next month.