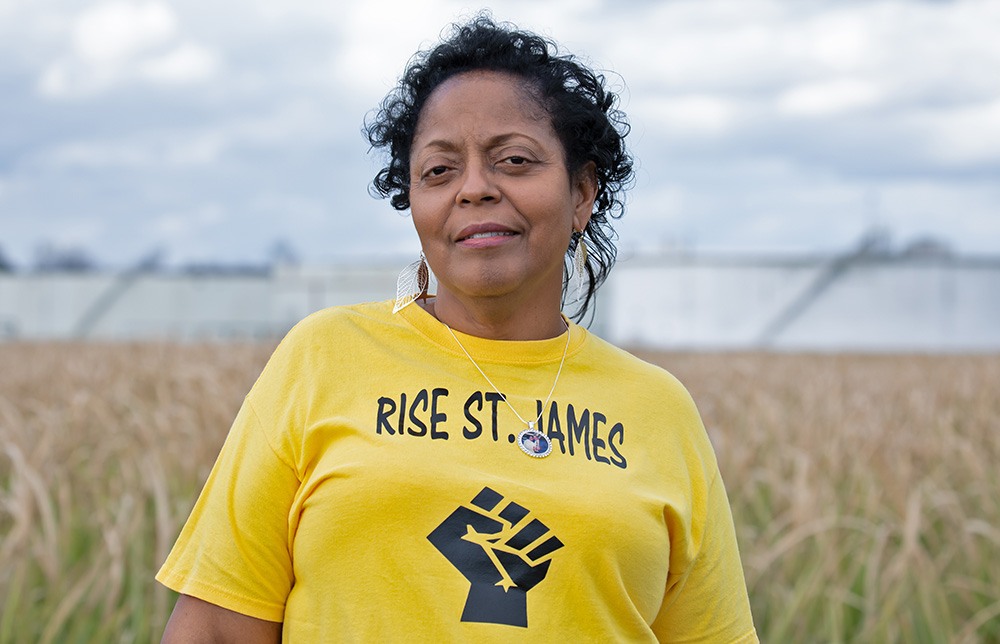 "I had no intention of being an activist," Sharon Lavigne, a Black Catholic from St. James Parish, Louisiana, said of her battle to keep plastics factories out of her neighborhood. But her race and her place of residence made her a fierce advocate for environmental justice.

And God, she would add: "It was him that put this fight in me."

On June 15, Lavigne received the 2021 Goldman Environmental Prize for North America. The award honors activists from the six inhabited continental regions who are involved in local efforts to protect the natural world. The other winners were Gloria Majiga-Kamoto of Malawi, Thai Van Nguyen of Vietnam, Maida Bilal of Bosnia and Herzegovina, Kimiko Hirata of Japan and Liz Chicaje Churay of Peru.

The award recognizes Lavigne's fight against new petrochemical plants in St. James, beginning with her successful effort to stop the Chinese chemical company Wanhua from building a $1.25 billion plastics manufacturing facility. The retired schoolteacher mobilized neighbors in 2018 to fight the plant.

The company withdrew its application in September 2019, and the movement Lavigne started grew into Rise St. James, a faith-based grassroots group fighting the incursion of petrochemical plants in the parish's Black majority districts. She is now a leader in the battle to stop a much larger endeavor: Taiwan-based Formosa Plastics Group's planned construction of a 14-plant manufacturing complex. 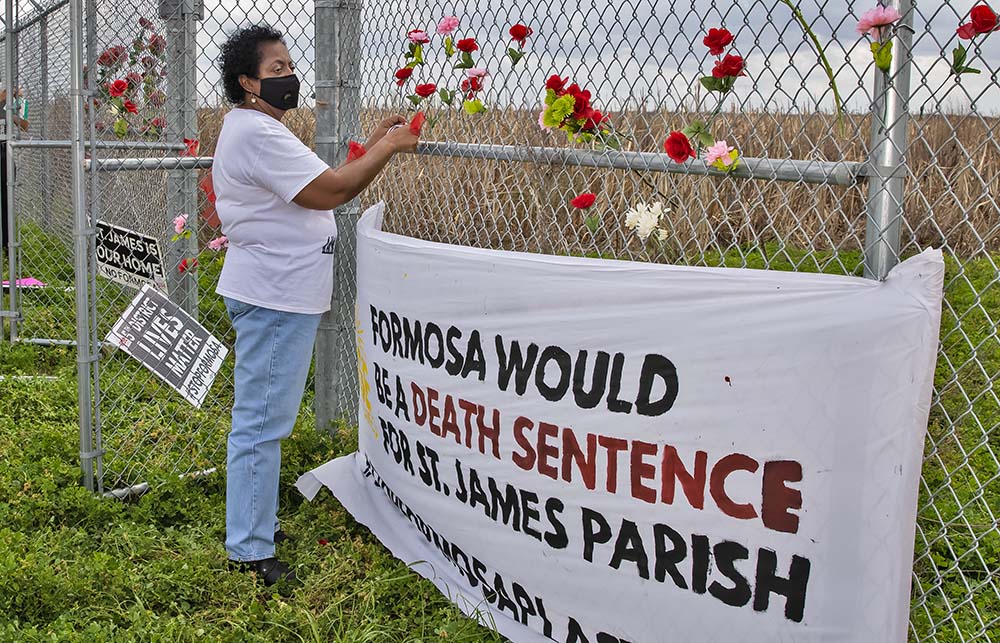 The 69-year-old grandmother and mother of six said she did not set out to start an organization. She only wanted to stop the construction of a huge plastics complex in her neighborhood in the parish's Fifth District, a rural area of sugarcane fields and historically Black hamlets interlaced with oil pipelines, tank farms and industrial plants.

The Fifth District, where the population is 91% Black and about one-third of residents live below the poverty line, has an especially high density of industrial plants. In 2014, a land-use plan changed the parish's designation from "residential" to "residential/future industrial," leading to the arrival of new plants and expansion of existing ones.

Environmental toxics have sickened some of the district's residents, including Lavigne, and the area has seen high rates of COVID-19 deaths. Tired of seeing friends suffer or die from respiratory illness and cancers, Lavigne decided to speak up.

As result of her neighborhood fight in the Fifth District, Lavigne, a rural woman with a down-to-earth Southern style, has become an important voice nationally and internationally for the pressing problems of environmental racism, plastic pollution and climate change.

Lavigne "is so real," said her friend St. Joseph Sr. Dianne Fanguy of Baton Rouge. "She's out of that earth, from that area and committed to doing something for not just for her family but for her people. And all of us."

Opponents of the $9.4 billion Formosa project say it will double air pollution in the area and contribute to climate change and ocean pollution by turning natural gas into single-use plastic. Under state environmental regulations, the complex would be permitted to emit more than 800 tons of toxic chemicals, nearly 6,500 tons of respiratory-harming pollutants, and more than 13.6 million tons of greenhouse gas annually.

The anticipated hazards represent more than dire data for Lavigne, who lives 2 miles from the Formosa site. St. James Parish sits within Louisiana's chemical corridor, an 80-mile stretch of the Mississippi River between Baton Rouge and New Orleans lined with 200 petrochemical plants.

The region is popularly known as "Cancer Alley" because of the prevalence of cancer among its inhabitants. According to Lavigne, St. James Fifth District already houses 12 petrochemical facilities. The plastics mega-complex would more than double that number.

In March, a group of United Nations human rights experts spoke out against the further development of petrochemical plants in the area, calling it a form of environmental racism. They cited data from the U.S. Environmental Protection Agency showing that cancer risk in majority-Black districts in St. James Parish is around 104 cases per million, compared to 60 to 75 cases per million in other districts that are primarily white.

"Sharon is the reason there is a movement to stop one of the largest plastic plants in the world," said Anne Rolfes, executive director of Louisiana Bucket Brigade, a New Orleans-based nonprofit engaged in environmental activism that partners closely with Rise St. James. "She's right up there on the mountaintop of leaders."