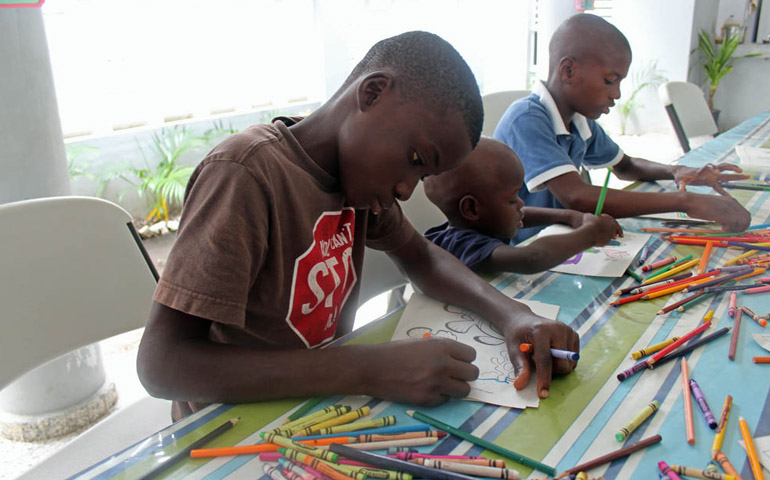 In September, 15-year-old Prospélanda Aimé tried to cross the border between Haiti and the Dominican Republic with an older woman she said was her aunt.

Prospélanda said the aunt thought it would be best if the two of them left Haiti, crossed the border with two cousins, and tried their luck in the neighboring Dominican Republic. There, hundreds of thousands of Haitians live in hopes of a better life.

Their goal was to find work — "commerce," Prospélanda said — possibly selling small convenience items like chewing gum on the street.

But Prospélanda said the plans went awry: The cousins opted not to go. A Dominican man who was supposed to assist them for an undisclosed amount of money was about to take them across the border when police on the Haitian side stopped them, she said.

Prospélanda ended up at Santa Teresita del Niño Jesús, a church-run shelter for potentially trafficked children and unaccompanied minors trying to cross the border. A woman who said she was Prospélanda's aunt later tried to meet Prospélanda outside the safe house but did not have the needed identification to take Prospélanda out of the shelter. That posed a worry that perhaps the woman was not actually Prospélanda's aunt, but someone involved in human trafficking.

Prospélanda's story illustrates the dangers of trafficking and why the issue of human trafficking is so potent to sisters around the world and others within the Catholic humanitarian networks who work with them.