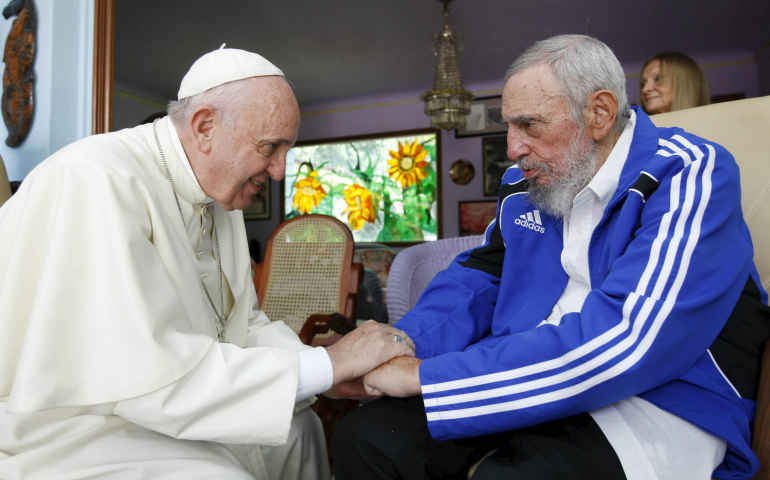 President Donald Trump is scheduled to meet with Pope Francis in Rome May 24, as part of the president's first trip abroad. No specific agenda has been announced, but the last time a U.S. president stopped by the Vatican to see the pope, much of their discussion centered on Cuba.

Barack Obama met with Francis in March 2014, at a time when the secret negotiations that would eventually lead to the normalization of U.S.-Cuban relations were stalled. Francis, encouraged by Cuban Cardinal Jaime Ortega, Cardinal Theodore McCarrick of Washington D.C., and Cardinal Sean O'Malley of Boston, urged Obama to make the compromises necessary to bring the talks to a successful conclusion, and he offered his good offices.

As spring turned to summer with no discernible progress, Francis wrote letters to both Obama and Cuban President Raúl Castro imploring them "to resolve humanitarian questions of common interest, including the situation of certain prisoners, in order to initiate a new phase in relations." The gentle prodding by the Holy Father helped move the dialogue forward. As the talks neared conclusion, the Vatican hosted the penultimate negotiating session in which the pope and the Vatican's foreign office gave the final terms of the accord their blessing.

When Obama and Castro announced their agreement to begin normalizing relations Dec. 17, 2014, Francis publicly praised the dawn of a new era in U.S.-Cuban relations. "Today we're all happy," he said, "because we saw how two people who had been so far apart for so many years took a step closer yesterday." In their televised addresses, both Castro and Obama thanked the pope for his role in bringing about the agreement.

When Francis and Trump meet later this month, they will have a lot to talk about and, perhaps, some fences to mend. Francis famously upbraid Trump (albeit not by name) in February 2016 when he said, "A person who thinks only about building walls, wherever they may be, and not building bridges, is not Christian." Trump, never one to let a slight go unanswered, called the pope's comment "disgraceful" and blamed Mexican officials for misleading him and turning him into their "pawn."

In May 2015, Francis issued a papal encyclical on the environment, declaring global warming a threat to the planet, and the following year he called it a "sin." Shortly after Trump's election, the pope appealed to world leaders not to countenance "distraction' or delay" in addressing the climate threat. Trump, on the other hand, has called global warming a "total hoax," invented by the Chinese, and pledged to withdraw the United States from the historic 175-nation Paris climate accord.

So the pope's meeting with Trump will not be short on tough issues. Nevertheless, Francis should make room for Cuba on this crowded agenda. His 2014 intervention with Obama came at a decisive moment, breaking the stalemate in the secret talks. His meeting with Trump also comes at an opportune time, when the new administration is reviewing policy toward Cuba, trying to decide how much — if any — of Obama's policy should be left intact.

Despite the president's campaign promises to roll back Obama's opening, the White House is facing cross-pressures from hardline Cuban American members of Congress, who want to resurrect the policy of hostility, versus the business community and its friends on Capitol Hill who want to keep Cuba open for trade and travel.

A word from the pope during Trump's private audience could make the difference in keeping the normalization of U.S.-Cuban relations on track. No one can speak more credibly to the president about the Cuban people's desire for rapprochement, as conveyed to the pontiff by the Cuban bishops, with whom he met earlier this month.

There's reason to think the president might be receptive to such an overture. Trump's bellicosity tends to melt away when he meets foreign leaders face-to-face, as when he met the leaders of Mexico, China and Australia.

For Pope Francis, the first Latin American pope, the Vatican's instrumental role in brokering the normalization of U.S.-Cuban relations was a diplomatic milestone and a vindication of his commitment to a "culture of encounter." This philosophy, based on the belief that adversaries can resolve their differences through dialogue and mutual understanding, has been the cornerstone of the Vatican's foreign policy under Francis.

The opening to Cuba was a singular triumph for that philosophy. But in the chaotic uncertainty of Donald Trump's Washington, Francis' achievement is at risk. The die is not yet cast, however. Francis still has an opportunity to reprise the deft use of his moral authority in order to sway the president and prevent the resurgence of the cold war in the Caribbean.

[William M. LeoGrande is professor of government at American University in Washington, D.C., and co-author with Peter Kornbluh of Back Channel to Cuba: The Hidden History of Negotiations between Washington and Havana.]