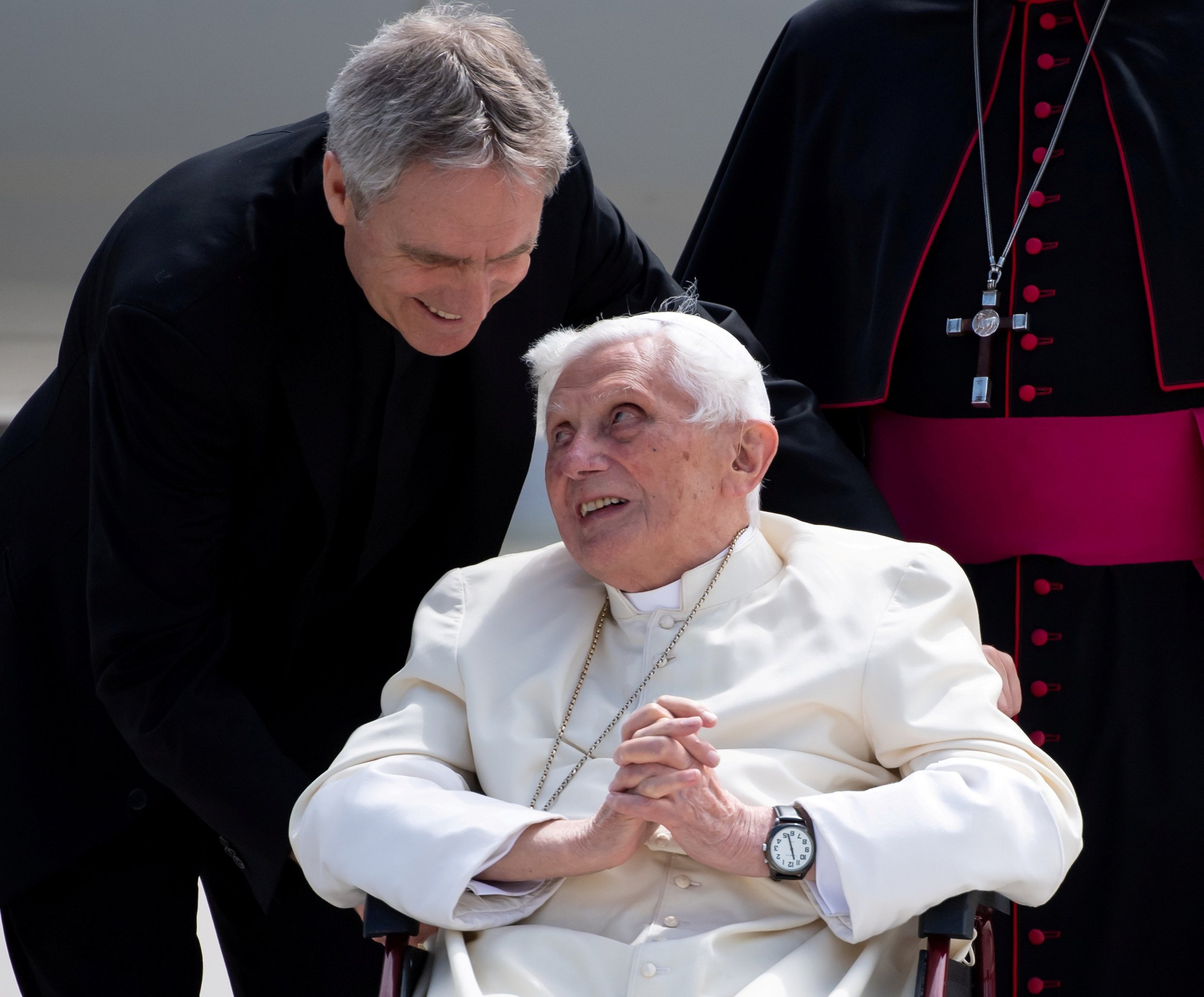 HAMBURG, Germany — Archbishop Georg Gänswein, private secretary of retired Pope Benedict XVI, has defended his boss and criticized the Munich abuse report, which made international headlines when it was released in January.

The report alleges misconduct by Munich Archbishop Joseph Ratzinger, later Pope Benedict, in dealing with four abusers during his time as head of the archdiocese from 1977 to 1982. The lawyers who conducted the investigation on behalf of the archdiocese accused the retired pope of misconduct in four cases. The allegations included the transfer of clerics who had committed criminal offenses and were allowed to continue pastoral care elsewhere.

"Not one of the allegations stood up to scrutiny of the files," Archbishop Gänswein said in an interview with the newspaper Die Zeit, published March 17. The German Catholic news agency KNA said Archbishop Gänswein told Die Zeit the report was "in reality an indictment."

However, he said, the former pope was right to provide testimony for it: "What a storm would have broken over him if he had refused!"

KNA reported Archbishop Gänswein said Pope Benedict had committed a "serious oversight" with his statement about a meeting Jan. 15, 1980, in which a decision was made about a priest who was an abuser. At first, the retired pope denied taking part in the meeting, but he later corrected this. That is why some people had accused him of lying, an accusation the archbishop said "hurt" the 94-year-old.

He said the pope's participation in the report had been demanding. In order to answer the catalogue of questions, 8,000 pages of archives had to be sifted through, and many of the questions had been "uncleanly and downright suggestively formulated."

Archbishop Gänswein told Die Zeit there is still much room for improvement regarding the reappraisal of sexual abuse in the Catholic Church.

"Neither the church nor society will make any progress in reappraising abuse if responsibility continues to be shifted onto the 'others,'" he said.

He added that the only effective protection was for everyone to become more aware of the early signs of abuse.

"The church has failed here, at all levels. We have to change that," he said, adding that, for too long, the focus had been on protecting the perpetrator instead of the victim.

Archbishop Gänswein told Die Zeit the former pope had done much to initiate the fight against abuse, despite strong resistance.

"His resolute action has driven the investigation in the Catholic Church forward in a way that has set lasting standards," Archbishop Gänswein said. "But investigation takes time, both inside and outside the church. The extent of the abuse quagmire becomes clearer with every study. It will take more than one person, even if he is pope, to drain this swamp."

Regarding the retired pope's statements since his resignation in 2013, Archbishop Gänswein said: "What the emeritus publishes under his name, he writes only himself, not me."

He also denied that Pope Benedict had resigned over the abuse scandal.

Regarding the claim that there have been two popes since then, Archbishop Gänswein remarked: "There is only one pope, and his name is Francis; and there is only one papal magisterium, and that is exercised by Francis."