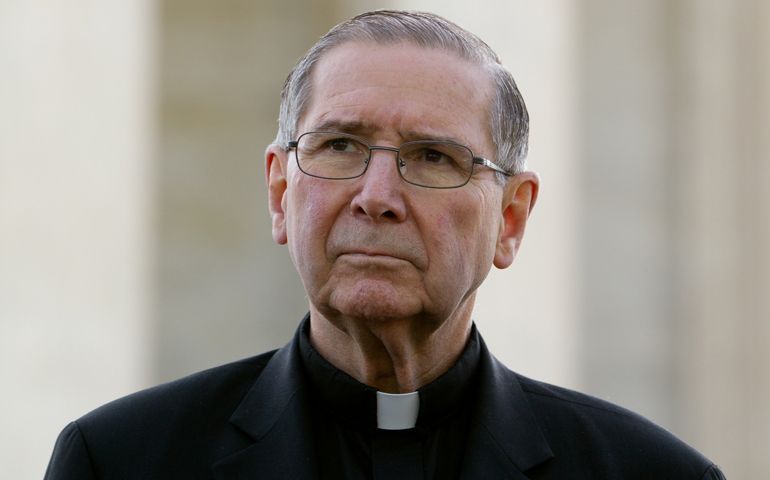 "Effective immediately, I have informed Cardinal Mahony that he will no longer have any administrative or public duties," Gomez said in a letter Thursday.

He cited Mahony's alleged failures to protect young people from sexually abusive priests -- documented in court filings in recent years -- as grounds for the decision, in church terms, to bar the cardinal from any future public activities in the Los Angeles archdiocese.

Mahony, archbishop of Los Angeles from 1985 to 2011 and a cardinal since 1991, has long been one of the dominant church figures in the United States, a leader in justice for farmworkers, immigrants and other victims of economic injustice.

Church law gives cardinals extraordinary authority even beyond their own dioceses, with Canon 357 of the Code of Canon Law saying that "in those matters which pertain to their own person, cardinals living outside of Rome and outside their own diocese are exempt from the power of governance of the bishop of the diocese in which they are residing."

While that law does not clearly exempt cardinals from all decisions on local ecclesiastical activity, it sets a high bar against banning a cardinal from engaging in church activities in the diocese where he resides.

Mahony's day-to-day life would be largely unchanged, Tod Tamberg, spokesman for the archdiocese, told the Los Angles Times. Mahony lives as a retired priest at a North Hollywood parish, Tamberg said, and he remains a "priest in good standing" and will continue to celebrate Mass at the parish. He will no longer conduct confirmation ceremonies, Tamberg told the Times.

Jesuit Fr. Federico Lombardi, the Vatican spokesperson, told NCR that although he has received several requests for comment from news agencies, there are no plans at this time to issue a statement. Among other things, he said, the Vatican needs time "to better understand the situation."

The Gomez letter accompanied a release of extensive files concerning Los Angeles priests who had abused minors, most involving abuse that had occurred decades ago.

"I find these files to be brutal and painful reading. The behavior described in these files is terribly sad and evil. There is no excuse, no explaining away what happened to these children. The priests involved had the duty to be their spiritual fathers and they failed," Gomez wrote.

"My predecessor, retired Cardinal Roger Mahony, has expressed his sorrow for his failure to fully protect young people entrusted to his care," he added. "Effective immediately, I have informed Cardinal Mahony that he will no longer have any administrative or public duties. Auxiliary Bishop Thomas Curry has also publicly apologized for his decisions while serving as vicar for clergy. I have accepted his request to be relieved of his responsibility as the regional bishop of Santa Barbara."

The Gomez letter, available below, was made public Thursday.

British court: Church can be held liable for crimes of clergy

Calls made for release of L.A. abuse papers

Critics say pope's comments are both 'bold' and 'too little, too late'