Children of priests: 'an invisible legion of secrecy and neglect' 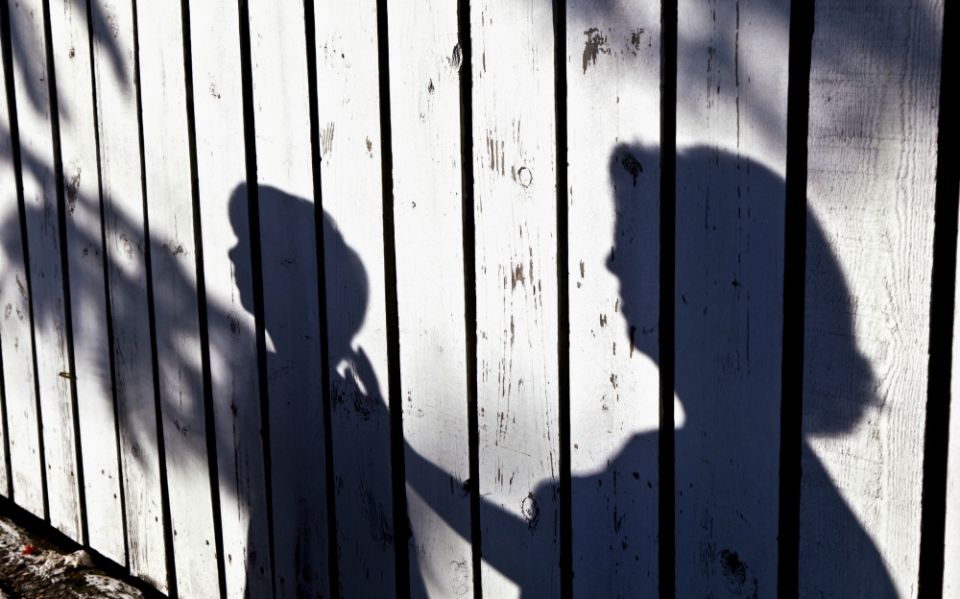 No one knows the number of sons and daughters of Catholic priests in the United States or in the world, but what is known is that hundreds — perhaps thousands — of these offspring have lived in secret, hiding their fathers' past from the world, frequently even from family members.

Still other children of clergy dads have grown up not knowing who their real father was, often mistaking him for an uncle, godfather or some other male friend or relative whom they have known from their youth. In many instances, the children of Catholic priests have failed to have their emotional, legal and financial needs met.

When they have discovered who their real father is — often later in life — some of these daughters and sons have undergone spiritual disillusionment, unable to separate themselves from the faith they love and have been raised in, and the man who did not, or could not, come forward and be a genuine dad to them. Some have experienced psychological trauma from having to carry a secret — a lie — for life.

These are among disclosures presented in a two-part series on the progeny of priests published by The Boston Globe's Spotlight team Aug. 19 and 20 and written by Pulitzer-Prize-winning journalist Michael Rezendes. In interviews over many months, the investigative news team found that children of Catholic priests "form an invisible legion of secrecy and neglect."

The full Boston Globe report is here: Children of Catholic priests live with secrets and sorrow (may require a subscription).

The paper reports on such grown children — many in the United States, others in Canada, Britain, Ireland and Spain — pained by a past they had to keep in the dark. In a number of cases, the subjects reveal feelings of rejection and abandonment. Not only have some endured emotional trauma from their cold and neglectful priest fathers, but also from other family members once the full truth of their parentage was uncovered.

Depression, suicidal thoughts, excessive drinking and ritual cutting habits have all been a part of the residue of being the child of a priest, as reported in the series. So, too, has been financial insecurity after priests promised to support their child, but did not.

In only two of the 10 cases closely reviewed by the Globe did mothers go to court to garner child support. Usually, these consensual partners left it up to the father to decide how much to provide their child. In some cases, payment was conditioned on the mother's promise to hide the father's identity.

The paper interviews adult children who've grown up absent the love and support of their fathers and who are "often pressured or shamed into keeping the existence of the relationship a secret." It calls them "unfortunate victims of a church that has, for nearly 900 years, forbidden priests to marry or have sex, but has never set rules for what priests or bishops must do when a clergyman fathers a child."

While the Globe lacks exact figures on the numbers of these clergy offspring, it states that with more than 400,000 priests worldwide, "many of them inconstant in their promise of celibacy, the potential for unplanned children is vast."

It points to a number of prominent churchmen who have fathered children, including:

The resignation of these religious leaders and the fact of their paternity have been reported by NCR over recent years, much of it in the wake of the church's ongoing sex abuse crisis.

While sexual dalliance among avowed celibate clergymen has been going on for centuries — the Globe notes "at the least" four Renaissance popes who fathered children — concern about the offspring of priests has re-emerged during the past 30 years.

Its interest was aroused in the 1990s by leaders of several women's religious orders who issued a series of confidential reports to the Vatican saying that the sexual abuse of nuns by priests living in Africa and other parts of the developing world required immediate attention. The Globe credits NCR with reviewing the still-confidential reports and revealing their existence in 2001.

Sociologist Fr. Paul Sullins told the Globe that the children of priests may even outnumber the victims of clergy sex abuse, which the U.S. Conference of Catholic Bishops has put at more than 18,500, the Spotlight Team reported. Sullins is an associate professor at the Catholic University of America. 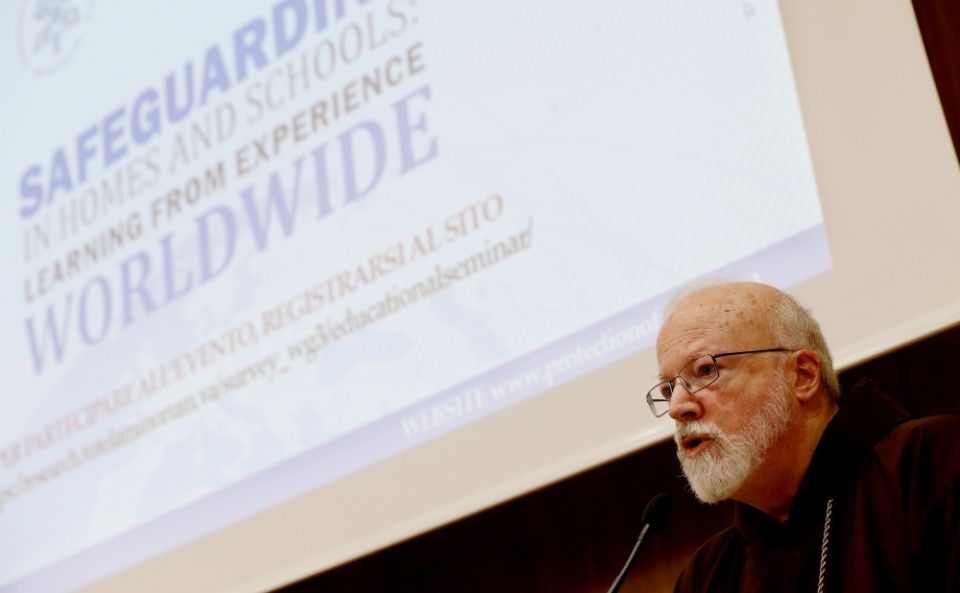 Boston Cardinal Sean O'Malley, president of the Pontifical Commission for the Protection of Minors, speaks during a seminar on safeguarding children at the Pontifical Gregorian University in Rome March 23. (CNS/Paul Haring)

While Globe writers did not succeed in getting Boston Cardinal Sean O'Malley to give them an interview, O'Malley did issue a statement on the matter:

"If a priest fathers a child, he has a moral obligation to step aside from ministry and provide for the care and needs of the mother and child. In such a moment, their welfare is the highest priority," he said.

O'Malley, who leads the Pontifical Commission for the Protection of Minors, noted that the commission received correspondence about the children of priests in 2016. "After careful consideration of this important issue, it was judged to be beyond the commission's mandate," he said, referring the matter to the Holy See for further review.

Marie Collins of Ireland, who served on the commission up until her resignation in March, termed the cardinal's statement "a retreat on the issue." Collins told the Globe that O'Malley and other commission members had supported her call to investigate the needs of children of priests by sending letters to church officials to determine current policies and procedures.

Collins said she left the commission because of what she called Rome's "resistance to reform." She told the Spotlight team that if a priest who has fathered a child does not fulfill his parental duty to that minor, "then surely the church cannot also abdicate its responsibility for the welfare of that child."

Ireland's top Catholic cleric, Dublin Archbishop Diarmuid Martin, agrees, noting that bishops can and should require priests to honor their financial and emotional obligations to their offspring. In that regard, he even helped finance Coping International, a website and support network for the children of priests, launched by Vincent Doyle, son of Fr. John J. Doyle.

Doyle was 28 when he learned that his late godfather — a priest from a rural diocese of central Ireland with whom he spent many days and grew up calling "J.J." — was in fact his biological father. Doyle has long been intrigued by how many descendents of such men there might be in Ireland. He noted that in Gaelic the name McEntaggart means "son of a priest," while McAnespi denotes the son of a bishop.

What happens in Ireland stays in Ireland, agreed Martin, who told the Globe during an hourlong taped interview: "People knew but didn't talk."

But they are beginning to, now that Martin and other prelates in the Irish Catholic Bishops' Conference have approved a set of "Principles of Responsibility Regarding Priests Who Father Children While in the Ministry." The principles do not require a bishop to discipline his errant priest nor do they mandate that a priest who has fathered a child vacate his vocation. However, they state clearly that the primary duty of such a cleric must be to care for his child and to "face up to his responsibilities — personal, legal, moral and financial."

Doyle has been pleasantly surprised by the response of the Irish hierarchy to this issue. He is still waiting to hear from Pope Francis, whom he met during one of the pontiff's weekly appearances in St. Peter's Square in June 2014. It was at that event that Doyle told Francis in Spanish his newly learned identity: "I am the son of a Catholic priest in Ireland."

Doyle then handed Francis a letter, written in Spanish, requesting papal action on the plight of children of priests. "Sí, sí, I will read," the pope said when receiving the missive. So far, Francis has not replied.

Still, Doyle holds out hope after learning that while archbishop of Buenos Aires, Cardinal Jorge Bergoglio said he would be inclined to tell a priest who had sired a son or daughter that "he must leave his priestly ministry and take care of his child." The statement is contained in On Heaven and Earth, a book Bergoglio co-authored with his friend Rabbi Abraham Skorka.

The children of Catholic priests wonder whether that statement will ever become a part of canon law and thus church practice.

Accountability | Children of priests: 'an invisible legion of secrecy and neglect'

If gay priests, religious can't be celibate, they should leave, pope says