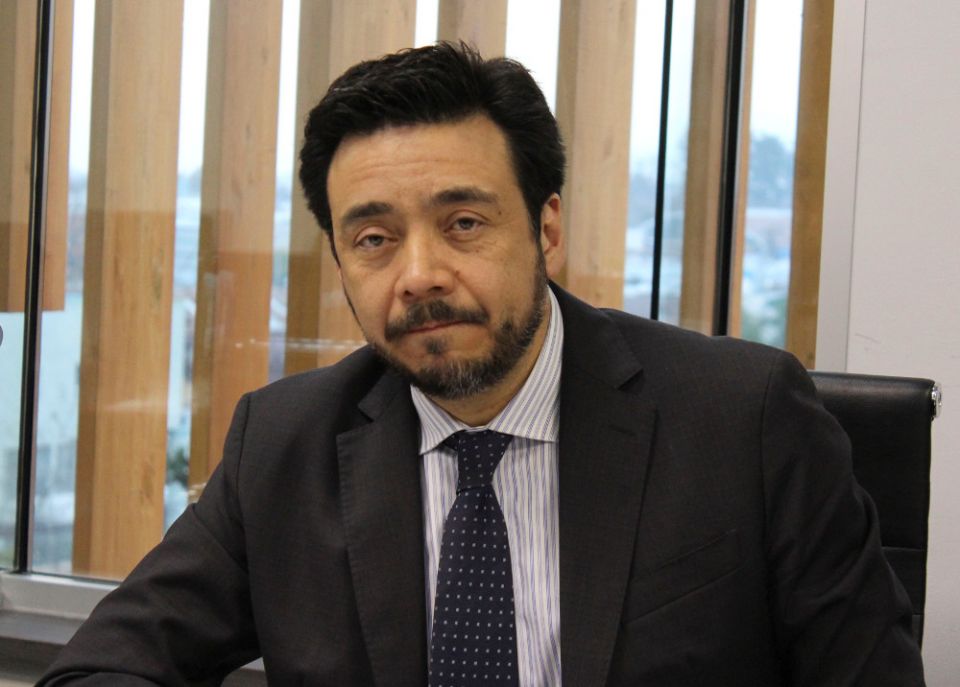 Chilean prosecutor Emiliano Arias, who has led an investigation against alleged sex abuse crimes by Roman Catholic priests, poses for a picture July 18 after an interview in Rancagua. Chilean prosecutors raided four dioceses Sept. 13 as they continue a nationwide investigation into cases of clerical sexual abuse. (CNS/Esteban Medel, Reuters)

Vatican City — Chilean prosecutors raided four dioceses in the country as they continue a nationwide investigation into cases of clerical sexual abuse.

Lead prosecutor Emiliano Arias ordered search-and-seizure operations Sept. 13 of the diocesan offices of Osorno, Valparaiso, Concepcion and Chillan. This was the third raid authorized by Arias.

After the raid, a spokesman for Arias told the Reuters news agency that information collected from previous raids conducted in Santiago and Rancagua in June led to the search operations in the other dioceses.

The information, according to Reuters, is related to the case of Fr. Óscar Muñoz Toledo, the former chancellor of the Archdiocese of Santiago, who was arrested July 12 following allegations that he abused seven minors in Santiago and Rancagua since 2002.

Chilean prosecutors are investigating the charges against Muñoz as well as several other pending investigations, including the existence of an alleged sex-abuse ring in Rancagua.

In June, the prosecutor's office also issued a subpoena to Cardinal Riccardo Ezzati of Santiago regarding his role in the alleged cover-up of sexual abuse by members of the clergy.

They are also looking into possible cover-ups of abuse cases by his predecessor, Cardinal Francisco Javier Errázuriz, as well as senior members of the clergy.

Pope Francis accepted the resignations of five bishops in Chile, including Bishops Juan Barros of Osorno and Gonzalo Duarte García de Cortázar of Valparaiso. Both bishops led two of the four dioceses investigated in the Sept. 13 raid.

Barros' resignation came after years of accusations and questions concerning his knowledge of abuse by his mentor and protests when Pope Francis appointed him to head the Diocese of Osorno in 2015.

Duarte was also accused of covering up and ignoring cases of sexual abuse by priests in his diocese.

In a letter released April 11, Pope Francis said he had been mistaken in his assessment of the situation in Chile, and he begged for forgiveness from survivors and others he offended. He met survivors at the Vatican and has been strong in his criticism of how the Chilean bishops handled the situation. All the Chilean bishops offered their resignations to the pope in response to their handling of the crisis.

Survey: More than a third of US Catholics question loyalty in wake of scandals

Don't confess other's faults, own up to sins, pope says at audience