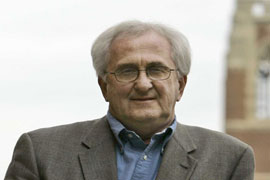 The public outcry over recent revelations in the ongoing saga of clergy sex abuse has elicited unprecedented response from the highest levels of the church. Twice in recent days, Pope Benedict XVI has promised that the church will act to stem abuse and bring justice to priests who abused children.

The unknown, of course, is exactly what measures the Vatican would put in place beyond the guidelines it posted in early April instructing bishops to report sexual abuse of children to civil authorities. Moreover, many critics believe that the pope’s concerns don’t go far enough in addressing reform of a system that protected abusive priests, sometimes for decades, while keeping their crimes hidden from the wider community.

For many victims’ advocates and others who criticize the hierarchy’s handling of the crisis, Benedict’s pledge to victims that he met with during his recent trip to Malta is too little too late. According to a Vatican statement after the meeting, the pope assured the victims that the church would work to bring abusive priests to justice and that it would put in place “effective measures” to protect children (see story).

Punishing only the priests while ignoring the bishops who oversaw the cover-up of crimes has been a point of frustration articulated by victims’ advocates and others such as the lay advocacy group Voice of the Faithful. They say the strategy fails to get at the deeper problem of a hierarchical culture that engaged in elaborate deceptions, including transferring priests to multiple parishes, denying that crimes had been committed, paying the victims and their families to maintain silence and failing to notify police.

While critiques of the clerical culture have been widespread in certain Catholic circles (the U.S. bishops, for instance, heard several versions of the critique during their famous meeting in Dallas in 2002) the criticism has begun to be heard increasingly from within.

Such criticism by the hierarchy itself has been especially growing in Ireland, where three bishops have resigned in four months following the release of the third government report detailing sex abuse in different sections of the country.

“What I am looking forward to is the church in Ireland seriously taking on that agenda [for reform], committing itself to a process that will develop us into a church that is transparent, that is open and accountable,” said Bishop Donal McKeown, auxiliary bishop of Down and Connor in Ireland. He made his comments following the release in November of a government report on sex abuse by priests in the Dublin archdiocese.

Another Irish bishop, Willie Walsh of Killaloe, issued a call for what The Irish News termed “root-and-branch” reform. “If some structures which we have put up over the years and over the centuries have to be taken down, then so be it,” he said.

Most explicit in citing a clerical culture in need of reform was Bishop Jim Moriarty of Kildare and Leighlin, whose resignation was the most recent accepted by Benedict. In a statement April 22 announcing his resignation, Moriarty said he took the step because he was part of the governance of the Dublin archdiocese “prior to when correct child protection policies and procedures were implemented. Again I accept that from the time I became an auxiliary bishop, I should have challenged the prevailing culture.”

Moriarty, who served in Dublin from 1991 to 2002, added: “The truth is that the long struggle of survivors to be heard and respected by church authorities has revealed a culture within the church that many would simply describe as unchristian. People do not recognize the gentle, endless love of the Lord in narrow interpretations of responsibility and a basic lack of compassion and humility.”

His statement is one of the most self-effacing and judgmental of any bishop yet affected by the scandal. The tone of his comments is remarkably different from that of many other bishops, especially those in the United States, who have dismissed calls for structural reform or suggestions that a culture existed that exacerbated the problem.

In a recent interview with NCR, Cozzens remarked that “the church as empire is imploding” and among the evidence he cited for that claim was his assessment that the church “acknowledges no real need for accountability. There’s no transparency. All cases of clergy abuse are under papal secrecy.”

Psychologist Mary Gail Frawley-O’Dea, who specializes in treating victims of sexual abuse and who spoke to the bishops during that momentous 2002 meeting in Dallas, told NCR in a recent interview that “having it all come out again is all the more infuriating” to patients. People ask, “How can this organization talk about being a church and holding the moral truth of the universe when this keeps coming out?”

Referring to W.W. Meissner’s work The Cultic Origins of Christianity, she said she believes “there is within any cultic organization the tendency to believe, to hold as a tenet, that badness is out there and goodness is in here.” She said that while church leaders “give lip service to the church’s sinfulness” they do little about it.

“Why on Good Friday did they not have bishops throughout the world dressed in sackcloth, saying the stations and wearing a symbolic millstone? To do that would have required humility and a sense of shame, and neither is evident.” Frawley-O’Dea said she believes “they aren’t ashamed. They’re not offended at the offense. They are very offended that they were caught and that people are trying to hold them accountable, but they’re not ashamed of themselves.”

Cozzens, who has written extensively on the priesthood, believes that in order to turn the corner on the crisis, the church would need a “renewed theology of human sexuality.” He said the church also would need to extend optional celibacy to the Latin rite; to reform the process for naming bishops; and to become “a humbler, purified church that doesn’t confuse the kingdom of God with a spiritual empire.”

[Tom Roberts is NCR editor at large and can be reached at troberts@ncronline.org.]