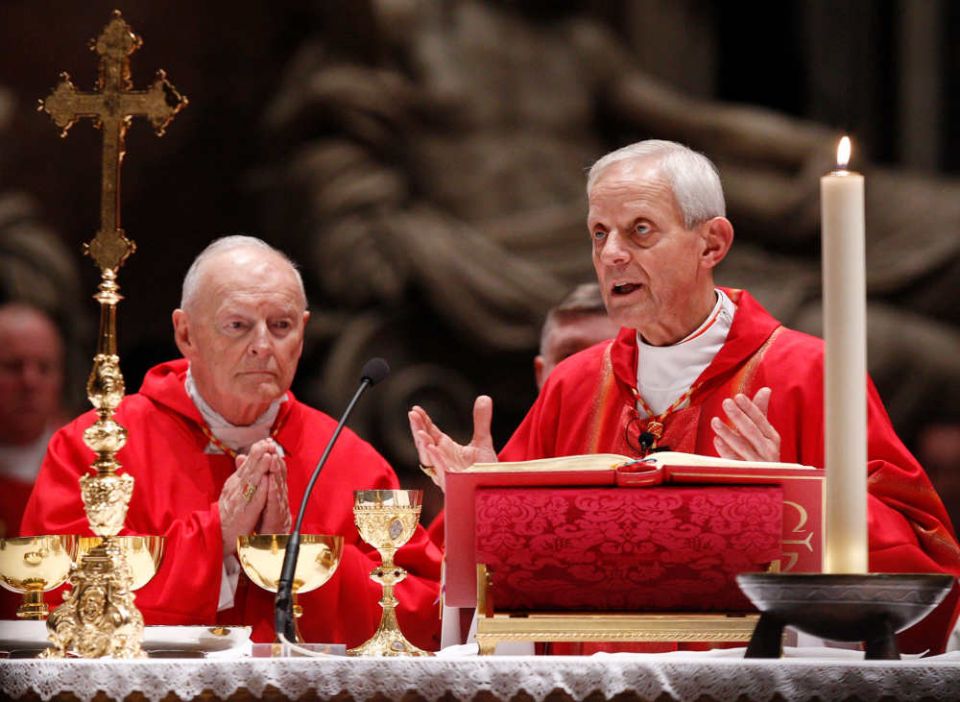 Washington Cardinal Donald Wuerl has proposed that the national conference of U.S. Catholic bishops create a new high-level panel to receive and evaluate any allegations or rumors of sexual misconduct by one of its member bishops.

In an NCR interview focused on how the American church should address the wider systemic questions raised by the revelations of sexual abuse by his predecessor, now former cardinal Theodore McCarrick, Wuerl also suggested that the Vatican could designate one of its offices to act on the proposed panel's findings.

Although Wuerl said he had not personally been aware of rumors about McCarrick's alleged abuse of young men during the former cardinal's time as a priest and bishop, he acknowledged that others have now brought forward earlier existence of such rumors.

"If there were [rumors], and if people heard them, there needs to be some mechanism by which there can be at least an evaluation and review of them," said Wuerl, speaking in a phone conversation.

"I think it's very important that we ... as bishops enter into that world and say, 'If there is an accumulation of rumors, ought not something be said?' " the cardinal continued.

"Would we have some sort of a panel, a board, of bishops ... where we would take it upon ourselves, or a number of bishops would be deputed, to ask about those rumors?" he suggested.

"It seems to me that's one possibility, that there would be some way for the bishops, and that would mean working through our conference ... to be able to address the question of sustained rumors," said the Washington cardinal.

Wuerl was speaking in an interview Aug. 5, eight days after McCarrick renounced his place in the College of Cardinals, the Catholic Church's most select and powerful group.

McCarrick, Washington's archbishop from 2000 until his replacement by Wuerl in 2006, was one of the U.S. church's most known and influential leaders of the past quarter century, serving as an advisor to popes and presidents. Before coming to the capital, he had been a priest in New York and led the Catholic communities in Metuchen and Newark, New Jersey.

But in a series of shocking announcements last month, the archdioceses of New York, Newark, and Washington and the diocese of Metuchen revealed that McCarrick had been ordered by the Vatican to step down from active ministry after an allegation of sexual abuse of a minor was found "credible and substantiated."

Wuerl said that the proposed panel of bishops might turn any findings it makes on an accused bishop over to the Holy See's ambassador to the U.S., formally known as an apostolic nuncio, who could then possibly forward the findings for consideration by one of two Vatican offices.

"We don't pass judgment," Wuerl said of the U.S. bishops' conference. "That has to go to Rome. So it seems to me there has to be some mechanism in the Congregation of the Doctrine of the Faith or in the Congregation for Bishops to evaluate any concern that a conference of bishops might have about one of its members."

In raising the idea of a new panel to evaluate allegations or rumors against bishops, Wuerl said he was responding to an Aug. 1 statement by Galveston-Houston Cardinal Daniel DiNardo, the president of the U.S. bishops' conference.

DiNardo announced in that statement that the conference would use its upcoming November annual meeting partly to discern "the right course of action" for the national body after the revelations of McCarrick's abuse.

"I don't think we can just go to November and say, 'Well, let's talk about this folks. What do you think we ought to do?'" said Wuerl. "I think we need to be starting right now in responding to the Cardinal's invitation to be offering ideas."

"We need to be doing things in anticipation of November so that when we get to November ... we would go into this meeting with a lot of work already done and a lot of testing of the ideas already in place," said the cardinal.

The revelations of McCarrick's misconduct highlighted the failure of the policies adopted by the U.S. bishops' conference after the 2002 Boston clergy abuse scandal to address how bishops who abuse children would be investigated.

In an Aug. 3 pastoral reflection, Wuerl noted that a "Statement of Episcopal Commitment" issued alongside the Charter called on bishops to report allegations of abuse made against them or other prelates to the apostolic nuncio. But he also suggested there may be need "of a more effective mechanism to ensure greater accountability among ourselves."

"The Charter is working," said Wuerl. "And the instances of child abuse have dropped dramatically, but even more importantly, the whole protection of children within our Catholic institutions has manifested a wonderful commitment on our part. We need to be able to do the same thing now for bishops."

A version of this story appeared in the Aug 24-Sept 6, 2018 print issue under the headline: US bishops pledge to 'take steps' about abuse .