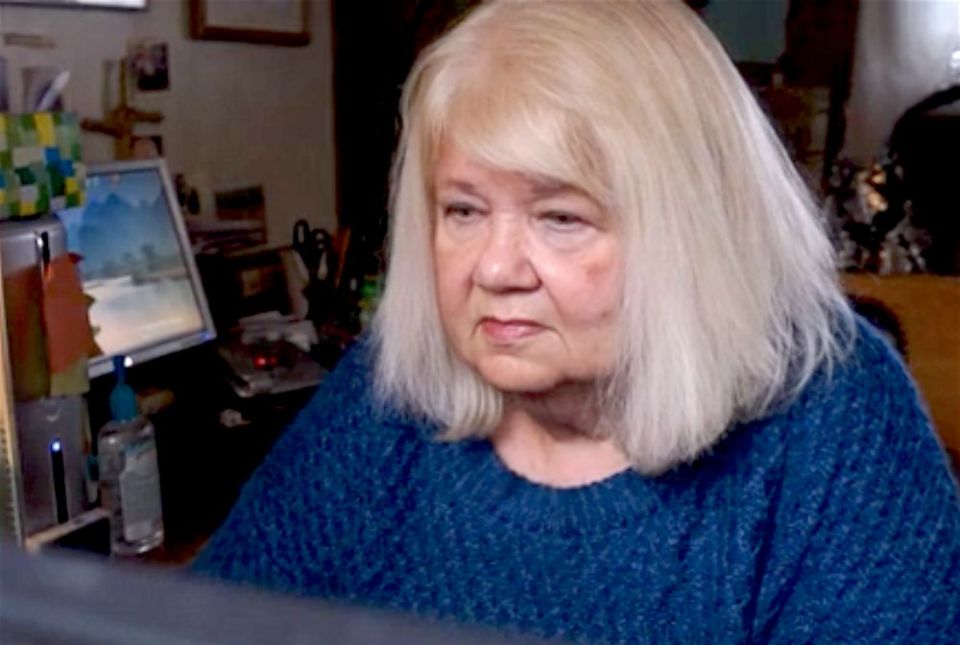 Kathy Shaw at work on the Tracker blog (Hugh Walsh)

Before the credits roll at the conclusion of "Spotlight," a list appears showing 105 cities and towns in 41 states and another 101 places in 29 countries "where major abuse scandals have been uncovered."

It was a fitting close to the Academy Award-winning film that told the story behind the story of the Boston Globe's Pulitzer Prize-winning coverage of the clergy abuse scandal.

Kathy Shaw, the journalist who helped put those places on the map of this searing landscape in church history, died Sunday after a long illness.

For more than 15 years, Kathy played a remarkable behind-the-scenes role as the driving force of the Abuse Tracker blog.

The Tracker started at the Poynter Institute for Media Studies in 2002, moved to NCR at the end of 2003 and was adopted in 2006 by Bishop Accountability.org, where it operates today.

If journalism is the first draft of history, Kathy Shaw compiled the essential index of one of the church's most important and painful chapters.

I started the Tracker a couple of months after the Globe's first story in January 2002 and recruited Kathy as a volunteer collaborator a few months later. At the time, I was running Poynter.org, a resource for journalists wrestling with the transition from print and broadcast to digital.

Far and away the most popular feature on the site was the blog created by Jim Romenesko, who tracked issues and developments across the world of news during one of the most tumultuous periods in its history. The success of Romenesko suggested to me that the clergy abuse story could use something similar.

As Kathy's dedication to tracking the story became clear, I began thinking of her as the Romenesko of the abuse story. Through the Tracker, Kathy helped the various stakeholders — not just journalists, but survivors, attorneys, church officials, probably even perpetrators — get a daily handle on what was unfolding as one of the most important, chaotic stories in the world. With its audience expanding, the Tracker clearly was outgrowing its original fit with Poynter. Thus the move to NCR. 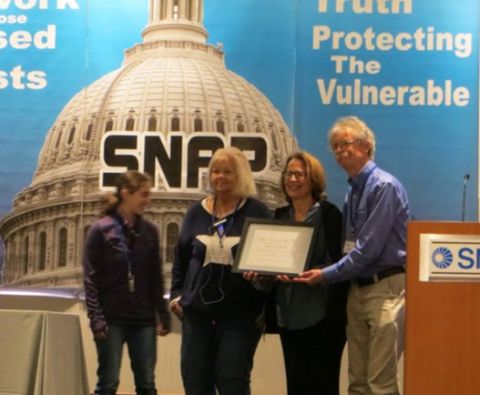 Long before the Tracker came along, Kathy had done extraordinary reporting on the abuse story for the Worcester Telegram and Gazette. As she recounts in her bio, shortly after taking over the religion beat in 1992, she tracked a Worcester priest accused of raping a young man to an unincorporated area of New Brunswick, Canada. As a result of her reporting, the priest was eventually extradited, brought to trial and sent to prison. His conviction was later overturned, but the story continued to unfold. The man who accused him of abuse was later himself convicted of raping a child.

In a telephone interview June 25, Terry McKiernan, president of BishopAccountability.org, said Kathy's reporting experience equipped her with an "in-the-bones understanding" of what journalists around the world were experiencing as they wrestled with issues that she had also encountered.

"She got it in a way that most people don't," he said. McKiernan also said he believes her leadership work with the Newspaper Guild (she served several terms as chairman of the Worcester unit) strengthened the solidarity she felt with reporters on the story.

Saddened by the passing of Kathy Shaw. She was a unionist to the core who kept our spirits high through many trying and maddening times as members of the Newspaper Guild. Wherever her better place may be, I can assure you that it is about to become more just and equitable for all. #RestInPower

McKiernan said Kathy was not a practicing Catholic but had been raised in the church and retained a deep interest in it. As much as she "understood how horrible the abuse was," he said, she "displayed no bitterness toward the church."

I got the same impression: deeply committed to pursuing the story wherever it led, but without any particular animus toward the church. At the same time, Kathy appeared to me especially driven to shed light on what others worked so hard to conceal.

McKiernan said Kathy liked to describe herself as "the Tracker Lady" and thoroughly enjoyed the network of informants she developed around the world. In all the time I worked with her, my interactions were never in person, only on the phone and online. Still, her exuberance was unmistakable.

After posting a story I wrote for Poynter about the Spotlight investigation movie, she told me this in an email:

The tracker thrives … and is not going away. The readership is there. We get the survivors, we get the advocates, we get the "mom and pop" Catholics who want to know what is going on. We are read at the Vatican and in chanceries. I understand readers also include academic researchers, district attorneys, journalists, writers, police officers, lawyers … you name it. I've got this network of people … I've got a couple people from the Netherlands and Belgium and we're getting people from Latin America. Thanks to Google translate I'm able to give English readers at least the gist of what we are finding abroad.

The Tracker had become her baby, so much so that she deflected offers to take a break between Christmas and New Year's, for example, and let others handle the posting. She was clearly not in it for the money. McKiernan said BishopAccountability.org had raised enough money that it was able to compensate Kathy modestly, which was more than I ever managed for her at Poynter.

Kathy had no immediate family, and she lived very simply. In a brief video commissioned by BishopAccountability.org, she describes waking up in the middle of the night and going online to see what might be breaking on the story in other time zones.

In recent weeks, as Kathy grew too weak to post herself, colleagues at BishopAccountability.org filled in, as they have throughout her illness. On Facebook, members of her network chimed in as well.

The story was still getting out, and we have Kathy to thank.

[Bill Mitchell is a former NCR board member who can be reached at bmitch@gmail.com.]

Accountability | Kathy Shaw, relentless tracker of clergy abuse, got the story out

Judge allows AP to be heard in dispute over Saints emails