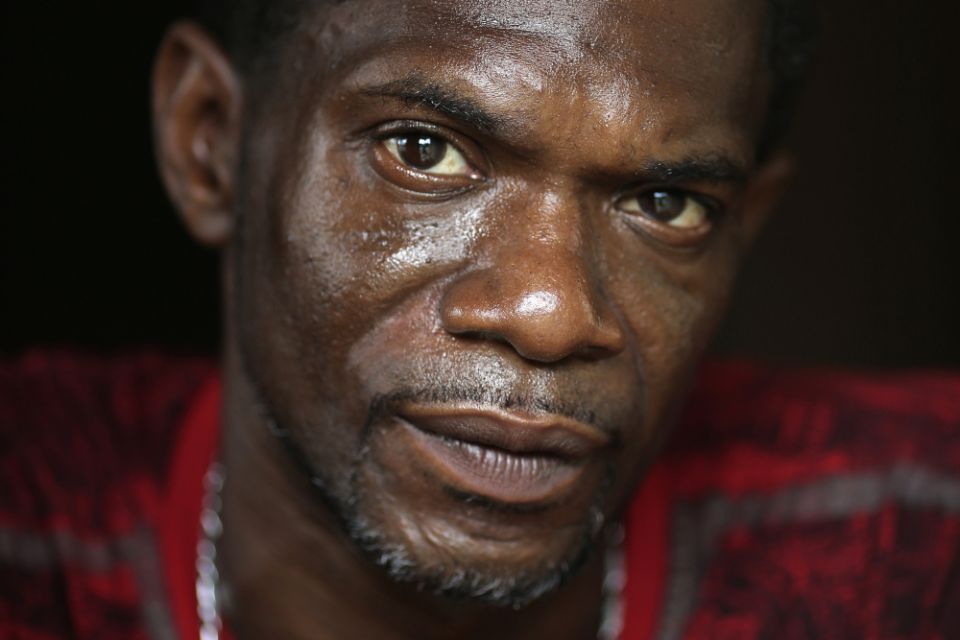 This June 8, 2019, file photo shows Joshua K. Love sitting for a portrait in the living room of his home in Greenwood, Miss. Love and his cousin La Jarvis Love say they were sexually assaulted by Franciscan missionaries filed a federal lawsuit Thursday claiming that Catholic officials pressured them into signing settlements that paid them little money and required them to remain silent about the alleged abuse. (AP/Wong Maye-E, File)

New York — Two impoverished Mississippi men who say they were sexually assaulted by Franciscan missionaries filed a federal lawsuit Nov. 21 claiming that Catholic officials pressured them into signing settlements that paid them little money and required them to remain silent about the alleged abuse.

The lawsuit, filed in New York, claims the church officials drew up the agreements a year ago to prevent the men from telling their stories or going to court — a violation of a 2002 promise by American bishops to abandon the use of nondisclosure agreements, as part of an effort to end the cover-up of sexual abuse within the church.

"The confidentiality provisions contained in the disputed agreements were intended to silence" the two men "in direct contradiction" to the U.S. Catholic Church's Charter for the Protection of Children and Young People, the lawsuit says.

The men say they were repeatedly abused by Franciscan brothers Paul West and the late Don Lucas while they were enrolled in a Catholic grade school in Greenwood, Mississippi.

The accusations made by the Love cousins and a third relative, Joshua's younger brother, Raphael, were first reported by The Associated Press in August.

Although clergy abuse claims are often filed in state courts, Paul Pennock, a New York attorney representing La Jarvis and Joshua Love, said the lawsuit was filed in U.S. District Court in New York City because of alleged violations of the federal Mann Act, which bars anyone from transporting minors across state lines for the purpose of having sex.

John Hawkins, a Mississippi attorney who also represents the Love cousins, said: "These guys have never received anything resembling justice. I'm hoping this lawsuit will bring these matters to light and provide them with a full measure of justice."

La Jarvis and Joshua Love reported their abuse separately to the Catholic Diocese of Jackson, Mississippi, within the last two years. Like many other dioceses, the Jackson Diocese has issued a list of credibly accused priests and brothers that includes West and Lucas, though the diocese does not list the names of accusers.

According to the lawsuit, Gannon, the Franciscan leader, and Valerie McClellan, the victim assistance coordinator for the Jackson Diocese, met with Joshua Love last year and "and encouraged him to initially settle his claims for $10,000."

During the meeting, the lawsuit says, "it was understood among the group that Joshua could not read and, therefore, was not able to understand the terms of the settlement other than the settlement amount."

After Joshua Love objected to the amount, Gannon agreed to increase the settlement to $15,000.

McClellan, who is not named as a defendant, previously told the AP she never encouraged Joshua Love to take a settlement. She said she maintained appropriate boundaries between her dual roles as victim assistance coordinator and Joshua's therapist.

The lawsuit says La Jarvis Love was also encouraged to settle his claims for $15,000 "and discouraged from hiring a lawyer."

During interviews with the AP, La Jarvis said he met with Gannon at an IHOP in Senatobia last January, accompanied by his wife and three children, and told Gannon he wasn't sure $15,000 was enough.

"He said if I wanted more I would have to get a lawyer and have my lawyer call his lawyer," he said. "Well, we don't have lawyers. We felt like we had to take what we could."

Victims of Catholic sexual abuse who are represented by attorneys generally settle for much more than $15,000. In 2006, the Diocese of Jackson, Mississippi, settled a handful of lawsuits with 19 victims, 17 of whom were white, for $5 million, with an average payout of more than $250,000 per survivor. More recent settlements have ranged far higher, including an average payment of nearly $500,000 each for survivors in the St. Paul-Minneapolis Diocese.

Mark Belenchia, a clergy abuse survivor and the Mississippi leader of the Survivors Network of those Abused by Priests, said he was heartened by the lawsuit.

"These brave men were denied the opportunity to have a normal, healthy childhood and were further harmed after coming forward as adults by the Church leadership," he said. Belenchia hopes "they can receive justice and reach some closure to a lifetime of fear, doubt and shame."

Theologians, lay leaders call for mass resignations of US bishops