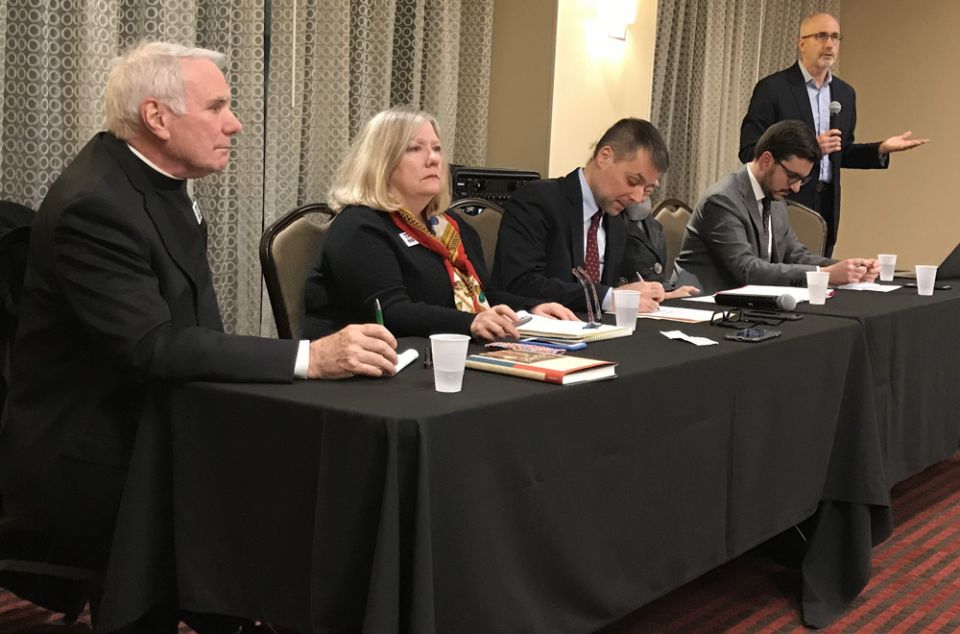 Is this an existential crisis?

The question, to which there was no crisp answer, came at the very end of an hour and a half of a panel discussion and Q&A session about the clergy sex abuse crisis, the "this" of the question.

"The Clergy Sex Abuse Crisis: How Did We Get Here?" was the topic of a briefing for media and NCR members (more on how to become an NCR member below or click here) held Sunday night in Baltimore before the start of the meeting there of the nation's bishops.

On board were Fr. Clete Kiley, former executive director of the Committee on Priestly Life of the U.S. bishops' conference, current delegate for civic engagement of the Chicago Archdiocese and director of immigration policy at Unite Here, a labor union; Cathleen Kaveny, a lawyer, theologian and the Darald and Juliet Libby Professor at Boston College; and Massimo Faggioli, professor in the department of theology and religious studies at Villanova University. Rounding out the panel were NCR's Heidi Schlumpf, national correspondent, and Joshua J. McElwee, Vatican correspondent.

Since you can find Schlumpf and McElwee's work in abundance on these pages, I'll stick for purposes here to the academics and the person who knows the culture from the inside. And "culture" was a major unifying thread throughout the panel's analysis, as noted by David Gibson, director of the Center on Religion and Culture at Fordham University, which co-sponsored the event with NCR.

Kiley, the first to go, and the one charged with supplying an historical context to the discussion, was also the first in the evening to use the term "culture" as applied to the clerical structure of the Catholic Church. One of the jobs he was given upon agreeing to head the priestly life committee, he recalled, was "principal staff person to what was then the ad hoc committee on sexual abuse." He was told not to worry because "that whole sex abuse thing is going away."

The night he moved into the U.S. bishops' conference staff house, he gathered with others to watch the evening news, and the lead story was about a huge sex abuse settlement in the Diocese of Dallas. "I looked at the general secretary [of the bishops' conference] and I said, 'Going away? I don't think so.' " The year was 1997.

Some of the bishops' reactions early on in the crisis resulted in part from inadequate church structures for dealing with the issue, what ultimately was revealed as bad information from the psychological community, and the clergy culture's insistence on "using the language of moral failure and sin and increasingly psychological health problems — and not crimes. To get there," said Kiley, "was going to take a major cultural shift. I'm still not sure the culture has quite moved."

If the bishops today seem inadequate to the task as a conference, it is not an accident. In 1998, Pope John Paul II issued Apostolos Suos, a statement about bishops' conferences that basically reined in groups like the U.S. conference, which had issued major statements on the economy and on war and peace that had gained international notice. Such big teaching documents were to be reserved to the Holy See. "So there was an idea that bishops' conferences ought to have less to say than more to say," said Kiley.

At their Dallas meeting in 2002, in the face of enormous public pressure and exposure, the bishops finally confronted the crisis and came up with the Charter for the Protection of Children and Young People. 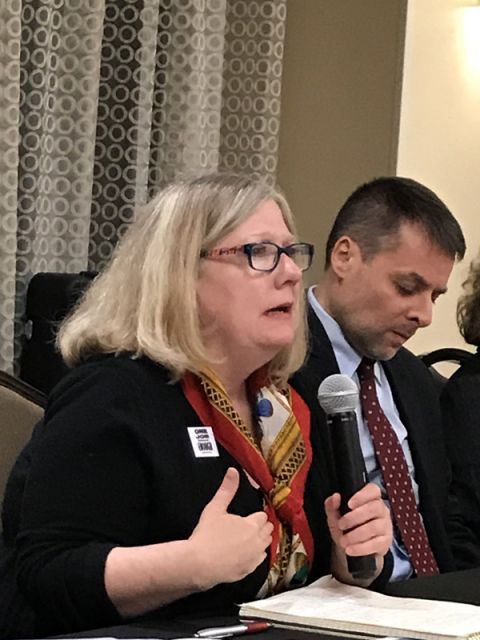 But, he said, "I'm going to keep returning to this idea of culture because we haven't unpacked that enough. We've changed policies and procedures and, to some degree, they've been effective. But we did not really analyze culture."

Kaveny said we're coming at the crisis now fresh off "the summer of shame," with the Pennsylvania grand jury report, the downfall of former cardinal Theodore McCarrick and the rise of conspiracy theories and anti-gay forces boosted by the unsubstantiated accusations against Pope Francis contained in the letters of Archbishop Carlo Maria Viganò, former nuncio to the United States.

"I think that this iteration of the crisis has marked a turning point in how Catholics, especially American Catholics, are perceiving the church."

She believes that something on the order of a paradigm shift has taken place among Catholics. "There was the old way of looking at the crisis," she said. "The problem was a small, definitely scandalous group of priests who abused children. … It was terrible what they did but they could be understood as psychologically and morally disturbed. They were in some sense broken human beings." 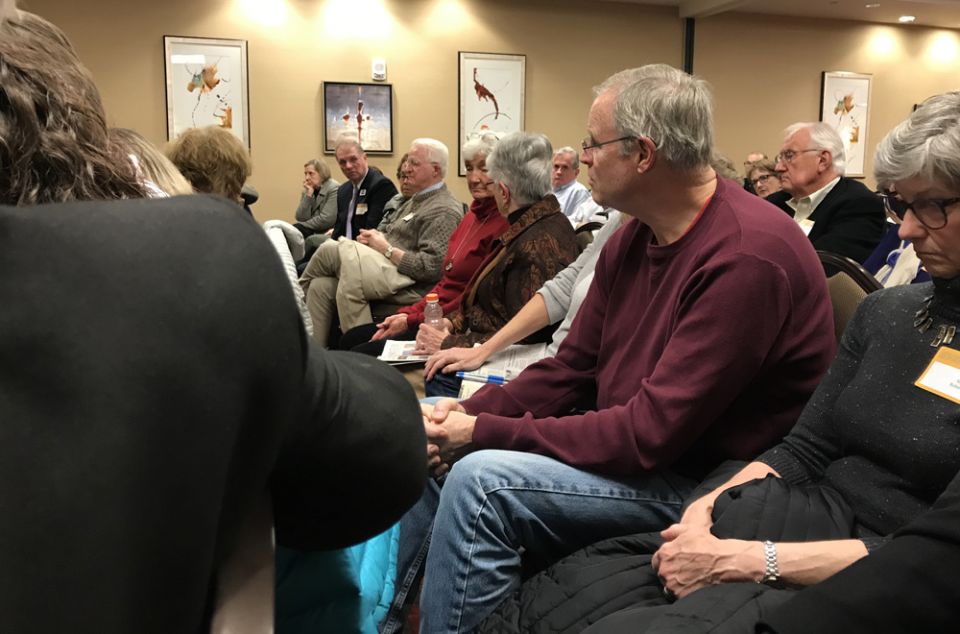 The audience for the media briefing "The Clergy Sex Abuse Crisis: How Did We Get Here?" included journalists and NCR members, Nov. 11 in Baltimore (Provided photo by Francis J. Butler)

The problem now is that the crisis is being framed differently. "Many people now are not seeing the sex abuse crisis as an aberration within the system, but they're seeing it as something that runs throughout the system. That it is enabled by the system." As the crisis spreads and becomes an international issue, a sense is created, she said, "that this kind of criminal behavior on the part of priests is an expected, tolerated and even accepted part of the culture of a segment of the church."

Some disturbing conclusions can quickly begin to follow in answering the question: "What would have to be true of the church and its culture for sex abuse like this not to be an aberration but to be something that's running through it?"

It would have to be true, said Kaveny, that we are not one church united; that clergy and laity live in very different worlds; that laity are not sheep to nurtured and saved but sheep to be fleeced; that women are not part of this world; that power is not something to be used in service, but something "to be expanded, exercised and exploited even for your own personal gain."

What is required, she said, is finding "a different way to reimagine the church in an ecclesiological manner that talks about the Body of Christ crucified by this in some way. We need theological language. … This isn't just a question of bringing in the experts and solving a problem that way. It's really a matter of reimagining our common life." 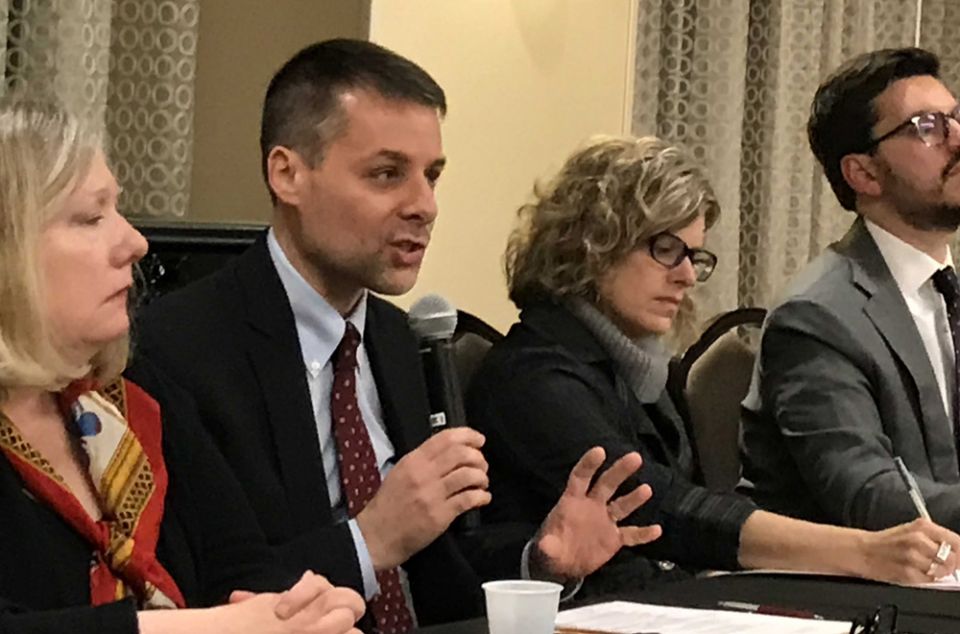 But the common life is already split in other ways and the crisis, especially in the West, said Faggioli, "has become an integral part of the culture wars, and much of the culture wars revolve around the role of the Second Vatican Council," the reform gathering that met in successive years from 1962-65.

Ironically, one of the major "conquests" of the council was reform of the episcopate, or the role of bishops, from one of the equivalent of an employee of the Vatican — the old branch manager image — to full authority as pastors.

That's one of the reasons — that change in authority of bishops — it became so difficult to get rid of bishops. They can't be replaced when they're caught covering up crime as quickly as we'd like, said Faggioli.

There were significant contradictions to that intent following the council and particularly during the papacies of John Paul II and currently, that of Francis, which Faggioli describes as "papacies on steroids."

The crisis also highlights how little, actually, the council did to change the status or role of laity in the church, who still, he said, inhabit a space in the church marked by their inability to "manage church resources," a privilege reserved for the ordained.

He said that Vatican II also "talks about laity without ever connecting laypeople and women. This is something that is now inconceivable."

But the crisis has deeper and more disturbing resonance that he experiences when teaching young people. "My problem," he said, "is how can I talk to them about the church as something that makes sense, that is justifiable, given the crisis? I believe we are on a long, long journey for the theological thinking to get to the root of what this crisis means."

None on the panel, in the Q&A that followed, saw easy answers or quick fixes.

And at one point they got to the question that logically led to the question about whether this crisis rises to the level of existential threat. "Why is this church worth saving?" someone asked.

"That is really a penetrating question for me as a priest," said Kiley. And a difficult one to answer in light of the crisis, for priests and for parents. "I hear people saying, 'What the hell is going on?' And this is something we wanted to pass on. 'Is it worth it?' That question needs to be front and center: Why is it worth saving?"

The conversation continued well beyond the announced ending time. Among others, reporters from The New York Times, Philadelphia Inquirer, Boston Globe, Pittsburgh Post-Gazette, Crux and Catholic News Service were working their notebooks, often interviewing NCR members who were invited to attend.

I met a number of the members who also got to mingle with Schlumpf, McElwee and political columnist Michael Sean Winters at a reception preceding the news briefing.

If you'd like to take advantage of future events as well as other benefits, like regular member letters from staff and behind-the-scenes info on how stories get built, click the "Become a Member" button above. The cost is a $5-a-month donation minimum. The maximum is up to you.

Thanks for tuning in. Check out the rest of the reporting and analysis from the bishops' meeting in Baltimore elsewhere on this page. And check in tomorrow for our final editorial commentary on the meeting that concluded with little more than hope that something, eventually, would get accomplished.