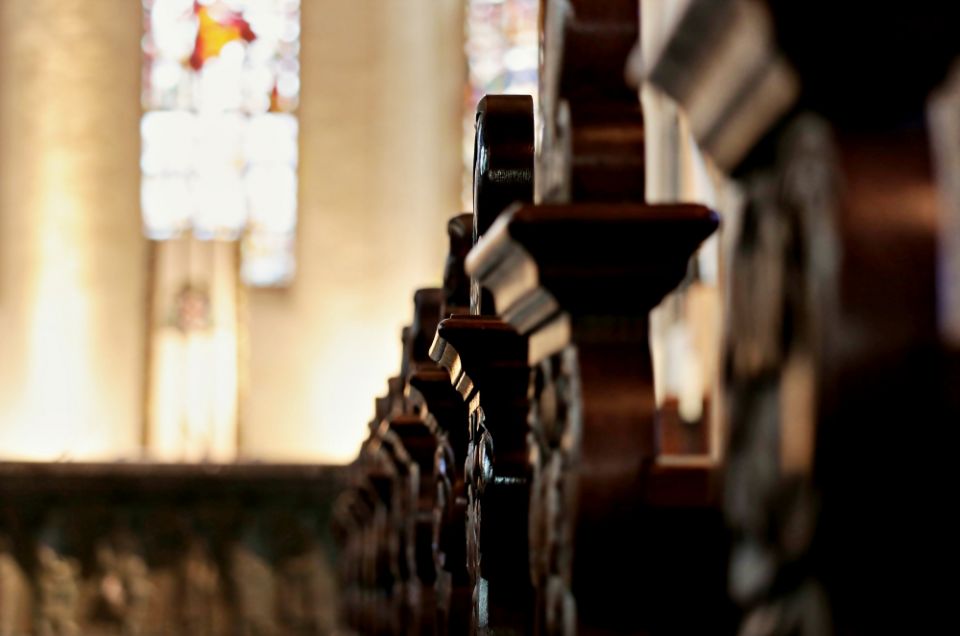 NCR Forward is requesting feedback from its members on why they remain Catholic in view of the latest abuse crisis rocking the church. I began to ask myself how I would respond to such a question. What is my connection to the church today?

There are, of course, some superficial realities. My devout Filipina wife would never allow me to skip Mass on Sunday. Growing up in the Catholic tradition provides a comfort level and knowledge base that I simply don't have with other denominations. Then there is the centrality of the Eucharist that draws one to the church.

Actually, I tend to think of myself more as a Christian than as a Catholic. I am not a fan of the focus on Catholic identity. I am uncomfortable with discussions that revolve around what makes us different or somehow superior to other denominations. I am more interested in a focus on those things that highlight our common bond as followers of Christ.

In the heady days following the Second Vatican Council (1962-65), there was a sincere belief that the churches could come together. Unity was somehow possible, at least with the involvement of the Holy Spirit. That belief waned, and ecumenical dialogue today remains on the margins, essentially going nowhere.

Having said all of that, I think my connection to the church is probably indissoluble. I continue to believe this church is better than it shows itself to be. The ingredients are there in its 2,000-year history. The giants in this history have demonstrated true holiness, intellectual achievement, wisdom, kindness, mercy and love for all people.

There is a sordid historical side as well. There have been intellectual myopia, corruption and abuse of power. Also, of course, there are untold sexual misdeeds that occurred long before the current crisis.

For me, remaining in the church is about reforming the church and latching on to the best of what it has to offer. In my lifetime, the best involved clergy responding to the civil rights movement as they marched shoulder to shoulder with those protesting injustice in our own country. More recently, it involves Pope Francis speaking out forcefully for the poor, immigrants and refugees, the environment, and leading a life of simplicity and humility.

There is no better way to start authentic reform in the church than by following in the footsteps of Francis. A rejection of clericalism and an embrace of true humility is critical. Leading churchmen need to respond and behave differently. They need to be servants. The model of our Lord at the Last Supper washing the feet of his disciples should be a guide for all clerics.

They need to acknowledge failure and recognize their limitations. When can they admit that they don't have all the answers? When can they admit that there is much we don't know about our faith and our Lord? Even the apostle Paul said we see through a glass darkly but then we shall see face to face. Too many seem to believe they have a magnifying glass to discern all that is truth about the deposit of faith.

We need a much broader tent to accommodate all those who believe in Jesus the Christ. Taking a stance on Jesus as Lord is what it means to be Christian. Adherence to a rigid, unchanging medieval church does none of us favors. It is now the 21st century. If ever there was a need for aggiornamento, it is now. A male, celibate clerical bastion is simply an anachronism. Glacial change is no longer OK.

Sad to say, we are so far away from such an ideal. The resistance to Francis and his message is strong. It is becoming more overt and ugly. Consider Cardinal Carlo Maria Viganò's attempt to besmirch the reputation of Francis and at the same time put the blame of sexual abuse on homosexuality. This kind of open warfare in our church is what makes us wonder if there is any hope for change.

We need a much more egalitarian church. We should all be in this together. We need to change this church together. It may be time for the pope to call for a new Vatican council that will involve as voting participants cleric and lay, men and women, gay and straight, traditional and progressive, people from every faith tradition and no faith tradition, under the guidance of the Holy Spirit. That is my prayer and hope for our church.

Accountability | I stay Catholic, believing this church is better than it shows itself to be

Paul VI accused Archbishop Lefebvre of acting like an 'antipope'