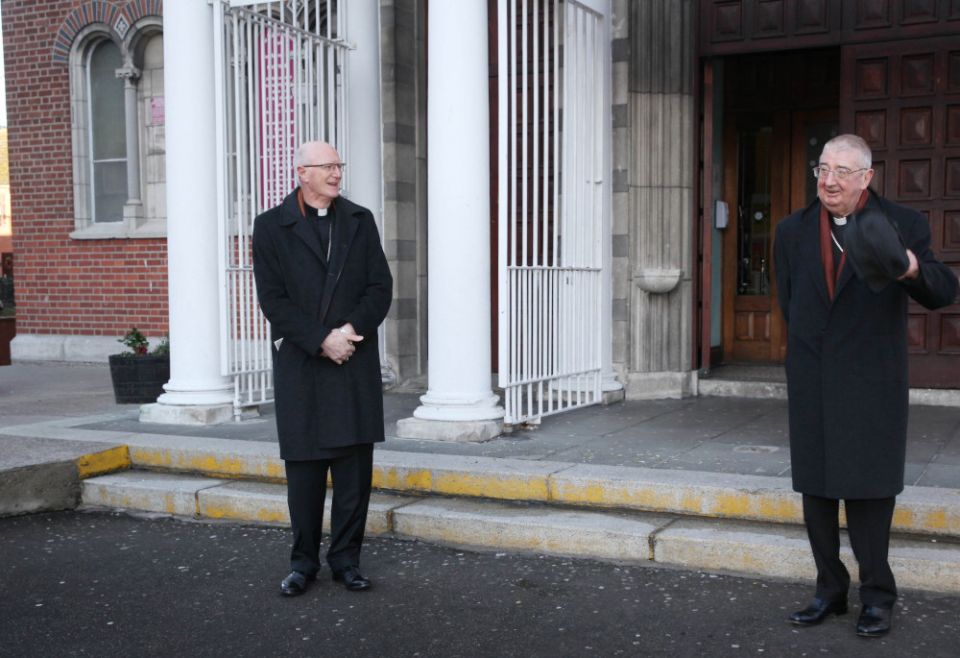 The appointment is one of the most significant in the Irish church, involving oversight of the largest and most secular Irish diocese with up to 1 million Catholics.

Farrell, 66, a former president of the national seminary in Maynooth, has a range of experience in administration, pastoral ministry and seminary formation. He was elected finance secretary of the Irish bishops' conference in March 2019.

At a media conference Dec. 29, he spoke of "two interconnected crises: the coronavirus pandemic and the ecological crisis. Both require urgent action."

The conference was at Our Lady of Lourdes Parish on Dublin's Sean McDermott Street, in an inner-city community that has grappled with violence, poverty and addiction.

Acknowledging that Dublin's parishes, located in urban and rural settings, presented distinctive challenges and opportunities, Farrell said he would be looking to greater involvement of the laity in the diocese.

He paid tribute to Martin's leadership at "a challenging time," which included the 2009 publication of the devastating Murphy Report on the mishandling of allegations of clerical sexual abuse. In the report, Judge Yvonne Murphy concluded that there was a widespread culture of abuse in Dublin and that the church's reputation and the avoidance of scandal had been prioritized over child protection.

Farrell said Martin, who was named coadjutor archbishop in 2003 and took over the archdiocese in 2004, had "provided forceful and unambiguous leadership, especially in safeguarding children, where he took courageous positions."

The incoming archbishop stressed that constant vigilance is needed as "complacency is the greatest enemy" and that a church which is safe for all who are vulnerable" can only exist where there is a commitment to truth, genuine transparency and enduring care for the victims."

Farrell is a native of Castletown Geoghegan, County Westmeath. Ordained in 1980, he has a doctorate in theology from the Pontifical Gregorian University in Rome and served for a time as director of formation in the Irish College in Rome before he returned to Maynooth to lecture in moral theology. He served as a curate in Tullamore parish while lecturing in Maynooth and was appointed president of St. Patrick's College, Maynooth in 1996. He retired from this position in 2007.

Martin turned 75 in April and, as required by church law, tendered his resignation, although he had told Pope Francis long before that of his wish to retire. With the appointment of Farrell, the pope accepted Martin's resignation.

Offering congratulations to Farrell, Archbishop Eamon Martin, president of the Irish bishops' conference, also paid tribute to Martin on his retirement, noting his "courageous leadership skills" in the area of safeguarding and for modeling best practices in transparency and accountability.