The wounded body of Christ: a response to Carroll's critics

Pundits criticized James Carroll's Atlantic article, but did they try to understand him? 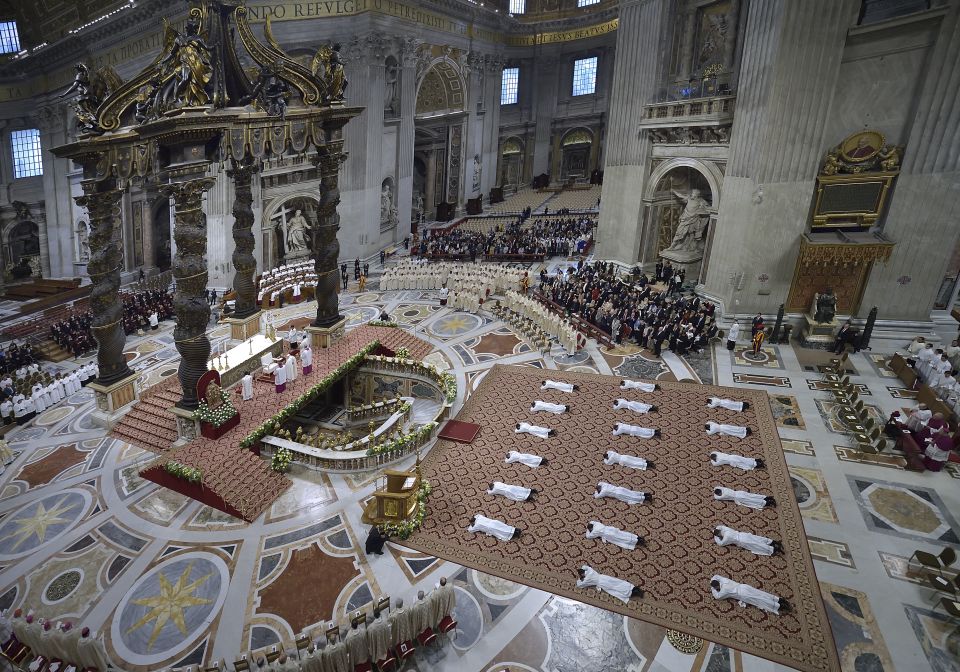 On May 17, The Atlantic published James Carroll's "Abolish the Priesthood," an overtly personal and lengthy critique of clericalism in the Roman Catholic Church. The author, a former priest, wrote of his anguished decision to take time away from the institutional Catholic Church after decades of disappointment with the hierarchy, including the last few years, which have leveled wave after wave of the sex abuse crisis.

Toward the end of the piece, which treats much more than its clickbait title suggests, Carroll proposes several ways that Catholics can reimagine their tradition to better meet their and the world's spiritual needs. For Catholics exhausted by scandal after scandal in the church, Carroll offers hope that all is not lost. He argues that Catholic community, spirituality and service rooted in ancient tradition have much to offer the world today.

Sadly, this is not how most male Catholic pundits received Carroll's thought. In fact, at a time when the internet-church is easily polarized through social media, the piece brought together condemnations from both the Catholic right and left. EWTN's Raymond Arroyo immediately dismissed Carroll's work as "unserious," an "ahistorical, anti-biblical suggestion with zero constituency in Catholicism." Carl Olson mocked the author as one especially unsuited to speak about the priesthood. Fordham University theologian Charles Camosy rhetorically asked, "What could be less provocative than this centuries' old argument?"

Seminarians and priests were also put off by the piece. Happy Seminarian Cassidy Stinson — soon to be ordained for the Diocese of Richmond — told Twitter that the priesthood would be abolished over his dead body. Fr. Matt Fish, in contrast, evoked Carroll's approaching death, along with the demise of all who epitomize "the worst traits of his generation." In a stinking display of pastoral ineptitude, Fish anticipated the day when "they'll all be gone, while we rebuild the Church they tried to destroy according to the very model they tried to erase." Jesuit Fr. Sam Sawyer, who admitted to not reading Carroll's work, offered an instinctual eye roll instead of serious engagement. His brother Jesuit, Fr. James Martin, responded the day it was released with an emotional rebuke that accused Carroll and The Atlantic of spreading misinformation and stereotypes.

What can we say about such a poor excuse for exposition, other than James Carroll epitomizes the worst traits of his generation, and soon they'll all be gone, while we rebuild the Church they tried to destroy according to the very model they tried to erase https://t.co/wX2PgtPCZ0

Whatever Carroll's intention, his work struck a nerve with many of my ordained friends and other defenders of the priesthood. At a time of year when Catholic social media is full of priests celebrating their anniversaries of ordination, Carroll timed his piece to interrupt familiar beliefs and practices. His sweeping criticism of the clerical class, for example, arrived just a day before the Paulists, the U.S.-based order of priests that Carroll left decades earlier, ordained one of their own in Manhattan.

Many of Carroll's critics accused him of bad theology and misusing history. One does not have to be a seasoned church historian, for example, to see the origins of a priestly class in the New Testament. Contra Carroll, 1 Timothy provides a long list of qualifications for Christian leaders-to-be that predate Constantine's imperial court by hundreds of years.

In light of Carroll's at times strained interpretations of Catholic tradition, his critics wondered how a publication as prestigious as The Atlantic could publish such a flawed article. Some cried anti-Catholicism. Others, recalling decades of their own abuse by the media, said that the world loves to hate priests. Most dismissed Carroll's honest, if at times acerbic, work as illogical, anti-Catholic propaganda. One priest on my own social media feed commented that the author must have sour grapes after leaving the priesthood 45 years ago.

In their rapid responses to Carroll, these apologists for the priesthood revealed more of their own defensiveness than anything about Carroll's writing. In a media and ecclesial environment that assumes the guilt of all priests, the ordained are tired of false accusations and being identified with abusive systems of power. Most priests do not have a problem with clericalism, they argue. Sex abusers were removed from ministry decades ago. Carroll's critics were quick to defend themselves and the institutions of which they are a part. Rather than listening and trying to understand, they circled the ecclesial wagons once again.

In so doing, these pundit pastors failed to recognize the pain that so many Catholics feel right now. Many lay believers wonder if it is ethical to remain in a church whose leadership fails so often in such spectacular ways. The questions they ask are not mere thought exercises. Many Catholics are leaving, torn by a community that has been the source of so much good and evil in their lives. Indeed, Carroll's work may not be the best ecclesiology and it may not be the best history, but it represents the feelings of multitudes of discouraged believers who see their church crumbling around them.

Kaya Oakes, author and public theologian, empathized with Carroll and wondered "how many other Catholic journalists could say the same thing as James Carroll: 'I have not been to Mass in months. I carry an ocean of grief in my heart.' " The Anchoress' Elizabeth Scalia could also relate. Although she offered solid critiques of Carroll's thought, she "actually didn't HATE his piece. It was his honest take, and his grief certainly resonated with me." Deborah Rose-Milavec, the director of FutureChurch, "wept as James Carroll revealed his painful decision to stop going to Mass. Such pain is close to every Catholic." (Unsurprisingly the most vocal Catholic defenders of Carroll's piece seemed to be women, who have the least to lose should the church take Carroll's propositions seriously.)

As Oakes, Scalia and Rose-Milavec make clear, Carroll's writing captures the zeitgeist of believers whose faith has been rocked by the ongoing failures of Catholic leadership. Priests and bishops, on the other hand, seem confused about why lay Catholics remain upset by the sex abuse crisis, clericalism, the church's exclusion of women and the hierarchy's long-misguided teachings on human sexuality and conscience. Rather than taking the laity's questions and gifts for spiritual discernment seriously, these leaders and their defenders dare to suggest that it is the laity who are confused. Surely, if only they knew the facts about the sex abuse crisis, a male-only priesthood, Christian authority, contraception and the sinfulness of same-sex love, they would side with the church and its all-male, all-celibate leadership. Surely, those designated persona-Christi claim, the laity — the bride of Christ — is being illogical. (Most women, sexist stereotypes confirm, usually are.)

Whatever arguments church leaders use to defend themselves in this situation magnify the gap between the hurting laity and self-secure hierarchy. A list of facts to refute Carroll will not suffice to bring back those who are leaving the church. Leadership in this situation requires a deep listening and empathy.

The suffering evident in Carroll's autobiographical article presents a pastoral problem that requires a pastoral approach. Why does Carroll want to leave the church? Who or what has hurt him? His experiences are not irrational. Neither is his emotion-filled story irrelevant to what he is writing. A pastoral orientation calls us to see beyond Carroll's words to the person who is deeply wounded and crying out for help.

Rather than applying a balm of healing, church leaders pour salt into the wounds of the body of Christ when they try to explain "reality" to those who experience it differently. As a church, we must give witness to the deeper sources of pain that underly the grievances of Christ's suffering body. Would that we heed these feelings of alienation rather than defend the institutions and forms of leadership that caused them.

[Jason Steidl is a postdoctoral teaching fellow at Fordham University and active in Catholic ministry.]

Commentary | The wounded body of Christ: a response to Carroll's critics