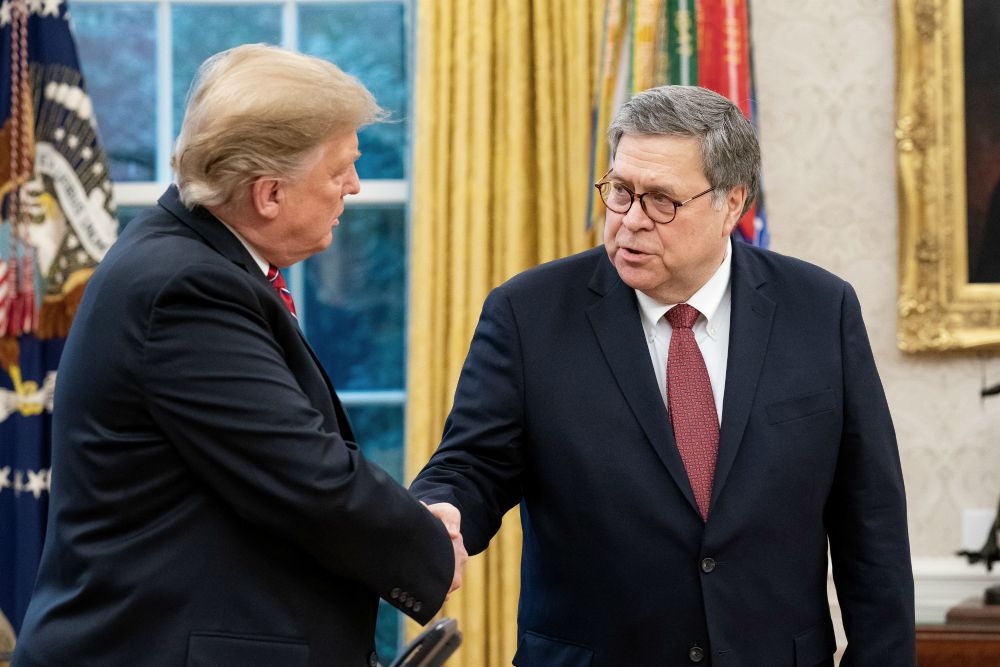 Asylum seekers and their supporters are awaiting a decision from Attorney General William Barr that could restrict protections for those persecuted due to their family membership.

While Barr hasn't indicated what his decision will be, advocates suspect his review of a Board of Immigration Appeals decision is yet another attempt by President Donald Trump's administration to curtail asylum protections, especially for immigrants from Central America.

Asylum is available to people who are unable to live in their home countries because they fear persecution due to religion, race, nationality, political opinion or membership in a particular social group — characteristics considered "fundamental to identity or conscience." Asylum seekers request protection from inside the U.S. or while seeking admittance at a port of entry rather than being pre-approved to immigrate.

"It's fairly well known, whether it's a corrupt government or organized crime, that bad actors from around the world" frequently target people's family members to coerce them into doing things, said Bradley Jenkins, a federal litigation attorney for the Catholic Legal Immigration Network (CLINIC) who manages the Board of Immigration Appeals Pro Bono Project.

Barr's decision, which is expected in the coming months, hinges on whether a family can count as a "particular social group" for the purposes of asylum.

In the Matter of L-E-A- case, identified by initials of the asylum seeker in question, a Board of Immigration Appeals judge denied that L-E-A-'s persecution was based on his family membership, but reaffirmed that family membership can constitute a particular social group for asylum purposes.

The attorney general isn't re-examining L-E-A-'s asylum claim. Rather, the question certified by then-acting Attorney General Matthew Whittaker when he referred the case to himself Dec. 3, 2018, was "whether and under what circumstances an asylum seeker may establish persecution on account of membership in a 'particular social group' based on his or her membership in a family unit."

Barr took over the review of the case when he was confirmed as attorney general in February.

CLINIC is invested in the issue for religious reasons.

More generally, he added, "Our guidance from the bishops does affirm the importance of refugee protection. … Any effort to unduly curtail our moral obligation to protect the persecuted is a fight we want to be in."

The idea that asylum seekers may establish persecution based on family membership is also in line with decades of precedent. Since the early days of the Refugee Act of 1980, immigration courts have agreed that families are a quintessential example of a particular social group, said Jenkins, who is one of L-E-A-'s attorneys.

While there aren't statistics on how many asylum seekers base claims on each specific ground of protection, in Jenkins' experience family membership "is one of the most commonly presented claims on the basis of the particular social group ground and it is used particularly frequently in cases related to violence in Central America."

The best indication so far of what Barr's decision will be is a brief filed by the Department of Homeland Security, which argues "that while it's possible under certain circumstances that this claim should succeed, it almost never should," Jenkins said.

According to J. Anna Cabot, a staff attorney with the Center for Gender and Refugee Studies, the Homeland Security brief argues the attorney general could eliminate families as a particular social group "with one swipe of pen" and it also claims most family-based asylum claims are either cases of persecution due to personal malice (not a valid basis for asylum) or qualify under a different protected ground instead.

Cabot called the last argument "pathetic" and said it makes "an incredible assumption about most people who apply for asylum with a family-based claim," effectively overturning nearly 35 years of precedent.

Her organization focuses on asylum claims based on gender, such as those prompted by domestic violence, but supporting family-based asylum fits with their "overarching mission" of ensuring "that the asylum system in the U.S. is expansive and that it conforms with our obligations under international law," Cabot said.

She thinks the policy targets Central Americans and Mexicans victimized by drug cartels and gangs who often harm their targets' family members "in order to coerce and punish. … That's a well-established pattern and a vital avenue to asylum for refugees from that area." Trump and his administration have suggested that the majority of asylum claims from Central America are not valid and have attempted to make access to asylum more difficult.

The Center for Gender and Refugee Studies' amicus brief argues that families are "cognizable" particular social groups and says the government should treat family-based claims the same as any other, evaluating on a case by case basis whether group membership is truly a central factor for feared persecution.

In their brief, filed with the Justice Department Feb. 19, CLINIC and co-counsel Mei Fang Chen also supported family-based claims while objecting to the attorney general reviewing the case at all. 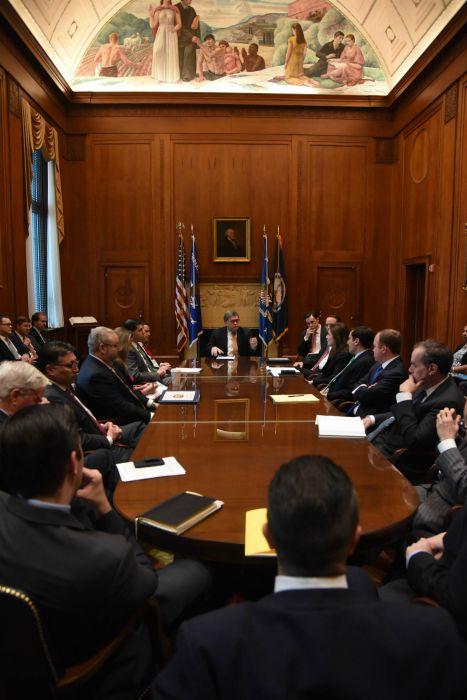 Jenkins said CLINIC doesn't think Barr can conduct an impartial review of the case; he admitted to keeping Haitian asylum seekers out of the country because it was an election year during an earlier stint as attorney general under George H. W. Bush.

But because of the unusual set-up of immigration court, which is part of the executive branch and concentrates power in the hands of one person, there's no one to check Barr at the moment — CLINIC can only ask him to recuse himself. After he has reached his final decision, CLINIC could sue and get the judicial branch to review the case.

"To have that kind of decision-maker making decisions on those kinds of basis, without any need for deliberation or checks or balances, is a real problem … that we fear means that our particular client might not get a fair shake," Jenkins said.

Attorneys general typically use their power to refer cases to themselves sparingly. According to a backgrounder from CLINIC, it only happened four times total during Barack Obama's two terms. But under Trump, former Attorneys General Jeff Sessions, Whittaker and Barr have already referred at least 10 cases to themselves.

Perhaps the most well-known was Matter of A-B-, a case involving a domestic violence victim from El Salvador. In a June 11, 2018, decision, Sessions overruled an earlier precedent and said that asylum claims related to domestic violence and gang violence — common reasons for people to flee Central America — should generally not qualify for asylum.

The work of the Center for Gender and Refugee Studies "exploded" because of the Matter of A-B decision, Cabot said, with increases in both litigation to oppose the changes and technical assistance to help attorneys reframe their defenses of domestic violence victims.

Cabot said another change in precedent through an L-E-A- decision "would have a very immediate and dramatic effect on our work … if it is as dramatic as we assume it's going to be, we would immediately get involved with cases and litigation to try to overturn the decision, and it would have a huge impact on people seeking asylum."