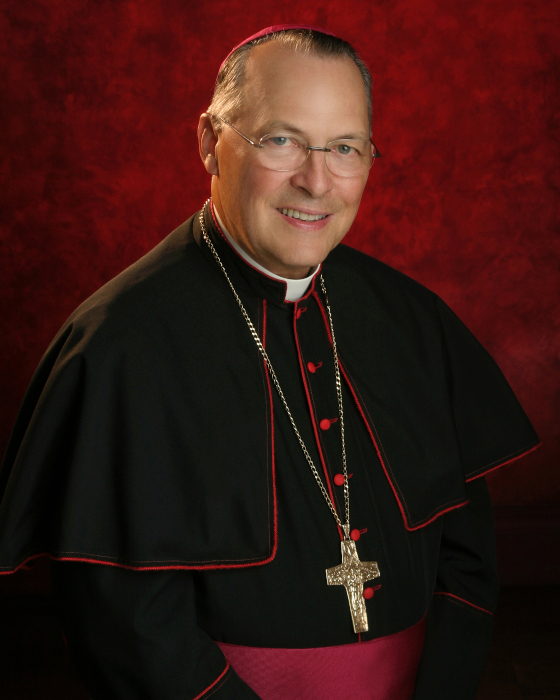 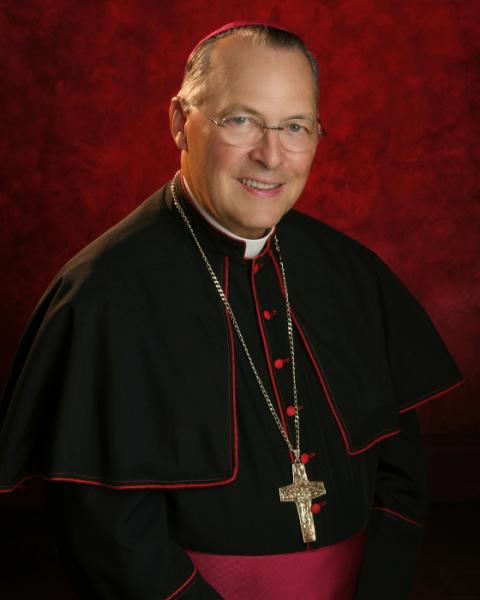 Retired Archbishop Alexander J. Brunett, who led the Archdiocese of Seattle from 1997 to his retirement in 2010, died Jan. 31. He was 86.

"Since my early days here in Seattle, I have learned of the high esteem in which Archbishop Brunett is held," Seattle Archbishop Paul D. Etienne said in a statement. "I always enjoyed my visits with the archbishop, and found him to be joyful, grateful, and always ready to pray and give his blessing.

"These are true hallmarks of any disciple of the Lord, and we are grateful for his presence and service in the Archdiocese of Seattle."

In 2012, Pope Benedict XVI called Brunett out of retirement to serve as apostolic administrator of the Diocese of Oakland, California, a post he held for a year. In 2013, Bishop Michael C. Barber was ordained and installed as the fifth bishop of Oakland.

After returning to Seattle, he suffered a stroke in 2013 that severely restricted his mobility. Despite his impairment, Brunett was a fixture at major events around the archdiocese until he suffered a fall April 26, 2019.

The second of 14 children, Alexander Joseph Brunett was born Jan. 17, 1934, and grew up in Detroit. He was ordained to the priesthood July 13, 1958, for the Archdiocese of Detroit, where he served as a parish priest, pastor, university chaplain and seminary dean.

In 1973, he was named the ecumenical officer for the Archdiocese of Detroit and he was instrumental in launching a national Catholic-Jewish dialogue, receiving numerous awards and commendations for his pioneering interfaith efforts.

One of his hallmark achievements in ecumenism came as co-chairman of the Anglican-Roman Catholic International Commission in 2004 with publication of "The Seattle Statement," the first joint international statement of understanding by two Christian communions on the place of Mary in the doctrine and life of the church.

The eighth bishop and fourth archbishop of the Archdiocese of Seattle, Brunett faced severe economic recessions and dramatic increases in health care, priest pension and other employee costs, as well as the unfolding sex abuse crisis, during his 13-year tenure.

He undertook numerous initiatives and building projects to nurture the faith life of Catholic people in western Washington while implementing policies and procedures for child protection and outreach to past victims of abuse.

In confronting these challenges with his characteristic optimism, Brunett selected "A Future Full of Hope" as the title for his five-year pastoral plan launched in 2004.

Under his leadership, annual contributions by local Catholics to the archdiocese nearly doubled. Building on more than 20 years of leadership by his predecessors, he expanded the local church's response to the sexual abuse crisis while meeting personally with many sexual abuse victims to apologize and extend his pastoral support.

Among his major accomplishments were the establishment of a new program of deacon formation in 1997 and the $7 million purchase, renovation and expansion of the Palisades Retreat Center in Federal Way, Washington. It was renamed the Archbishop Brunett Retreat and Faith Formation Center in 2011.

Brunett also showed his leadership on Catholic education, establishing the Fulcrum Foundation, a local endowment to support Catholic schools and students in need, in 2002.

Upon turning 75 in 2009, Brunett submitted his letter of resignation to Pope Benedict XVI in accordance with canon law. He was succeeded as archbishop of Seattle by Archbishop J. Peter Sartain, who was installed Dec. 1, 2010. Sartain served for nine years, retiring in 2019. He was immediately succeeded by then-Coadjutor Etienne.