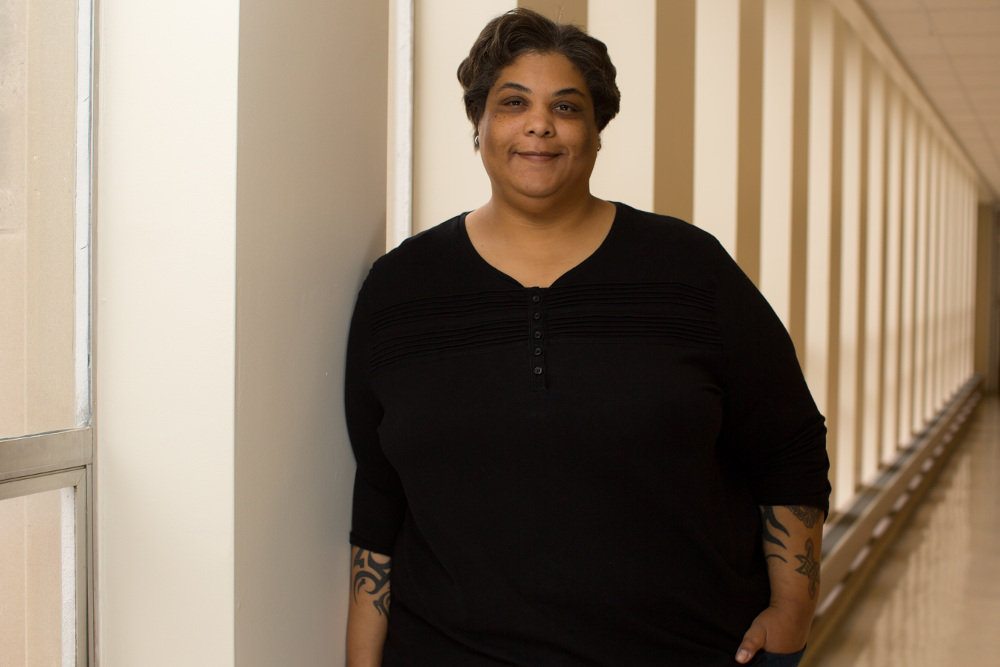 Roxane Gay: unapologetic about who she is, what she’s survived, and all she still hungers for (Harper Collins/Jay Grabiec) 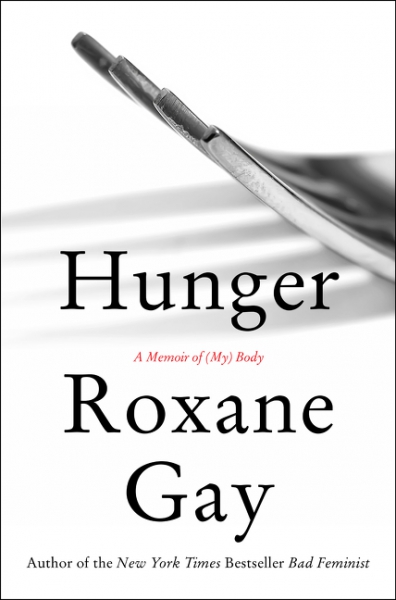 In her new memoir Hunger, writer Roxane Gay recounts her story in two parts: a before and an after. That is, “before I was raped and after I was raped.” Her memory is divided into the years she felt safe in the world and then, later, when she began using food to turn her body into a fortress, something that would repulse men, she hoped, and shield her from any further hurt.

The before is short — one chapter, eight pages long. Gay is a happy child with “big eyes and a scrawny neck” who knows she is loved. Her memory of “before” is brief and has many holes; she guides us through family photographs, the “evidence that, once, I was pretty and sometimes sweet,” she writes.

Gay is 12 years old when she is gang raped by a classmate and his friends. Her recollection of this terrible event is also eight short pages. Though I can’t speculate on whether the page counts of these consecutive chapters were planned, their twinning has the effect of deepening the rage I feel over the life that Gay was robbed of. Her sense of safety in the world and what cut it short receive an equal amount of space. The emotional, physical, mental, spiritual, and relational effects of this assault take up the rest of the book.

Gay doesn’t ask for readers to pity her or to think of her life as unfortunate. Her success as an author, something that has complicated her efforts to hide her body, is enviable, and the words she chooses to describe her flesh create a song so glorious that it’s hard to imagine the same pen begging pity. Gay owns her choices, referring to her body at one point as “a cage of my own making.”

Nonetheless, she wants readers to know that her life as a “super morbidly obese” woman is difficult, and that those of us who do not share her body type have some responsibility for making her life as challenging as it is. We have been culturally conditioned to abhor fat people, to shame them, to laugh at their bodies, to remove from their grocery carts items we don’t think they should have, but Gay’s story makes readers ask, is this behavior humane?

Gay wants readers to know “the why of my body,” the history of how she became 577 pounds at her heaviest. Her vulnerability in revealing this “why” transcends to the reader. I didn’t feel entertained reading Hunger; I often felt punched, the way one might when confronted with her own sin. Gay is sometimes Pauline in her ability to hold the tension between her deep desire to be more comfortable in her body and her need to have her humanity respected until she makes that change.

Paul wrote in Romans 7:21, “So I find it to be a law that when I want to do what is good, evil lies close at hand.” For Gay, “Even the happiest moments of my life are overshadowed by my body and how it doesn’t fit anywhere.” She cannot escape her body, what she did to create its current shape, or what was done to her that drove her to this life.

Having read Gay’s previous book, Bad Feminist, and many of her essays, I expected her to talk more about race in her analysis of the “after.” Gay devotes adequate space to the role her Haitian identity plays in her relationship to food and family, but I wondered if the boys who raped her targeted her because of her skin color and the way black sexuality historically has been demonized. Did her blackness make her think she was more at fault? Was she the only Haitian girl at school and the only one being called a slut?

I assume the answer is no, otherwise she would’ve said it, but it seems odd that the black and Haitian identity that so enrich her analysis in her previous works are absent from analysis of that traumatic moment in her life.

Though I find Gay’s writing analogous to Paul’s, she spends even less time on religion than she does on race. Raised Catholic, she was certain that telling her parents she was a lesbian would make them disown her, but she doesn’t state what she learned in her parish to make her think such a thing.

She’s clearer in interviews than in the book that she thought being gang raped meant she was going to hell for having premarital sex. She knew how to perform the “good Catholic girl” role and so was able to keep her shame a secret, but she provides no scenes to define what that role means.

Gay’s writing manages to be evocative without including too many narrative scenes because she exposes so much of her internal world. This technique allows her to repeat events in the book’s semi-chronological structure and to make some chapters half a page when a line break would be sufficient to break up the ideas expressed in each paragraph.

The strength of her internal world, however, makes it a bit jarring when she becomes more observational, removes herself from the story, and turns her lens on society. Though her cultural criticism is sharp, it’s not as interesting as her life. Her work is strongest when she’s able to blend the two, like when she discusses the difficulty of flying, shopping or maintaining her femininity in a large body. Unfortunately, she too quickly exits her discussion of feminism and femininity as a woman of size.

Gay doesn’t turn her revelations into feel-good entertainment, but she does end the book on a hopeful note. The last chapter reads like a series of affirmations, almost a manifesto by a woman who is unapologetic about who she is, what she’s survived, and all she still hungers for.

[Mariam Williams is a Kentucky writer living in Philadelphia. She holds a Master of Fine Arts degree in creative writing.]