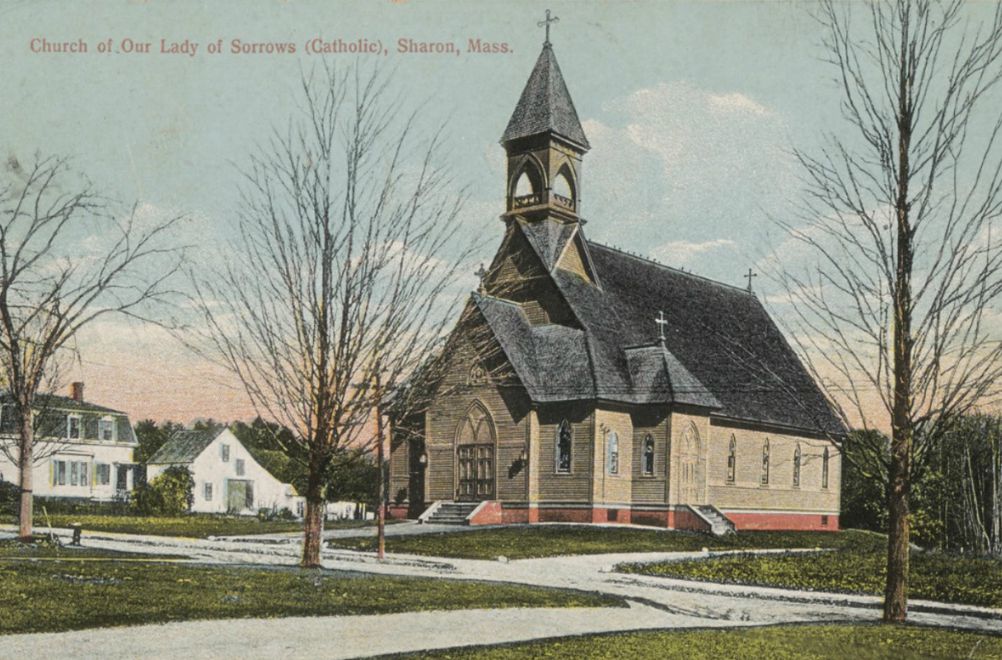 Detail of historical postcard image of the Church of Our Lady of Sorrows in Sharon, Massachusetts (RNS/ Courtesy of American Ancestors, New England Historic Genealogical Society)

When Thomas Lester began his job as the Boston Archdiocese's archivist in 2014, he quickly noticed that many of the archdiocese's bound archives containing centuries of records of sacraments performed by its clergy were beginning to fall apart.

"It was very obvious right from the beginning that these thousands of records were seeing a lot of use and being handled every single day. We were seeing broken bindings, fading ink, pages that were dried and flaking apart," said Lester, a layperson with degrees in both history and archive management. "So I realized something had to be done soon."

Three years ago, the archdiocese became the country's first to undertake a major effort to make its archive, listing 200 years of baptisms, confirmations, communions, marriages, holy orders and the anointing of the sick — a goldmine for professional and amateur historians and genealogists — accessible online.

Now, the archdiocese announced a major expansion of the project — a collaboration between the archdiocese and the Boston-based organization American Ancestors, also known as the New England Historic Genealogical Society — effectively doubling the number of parishioners whose names will be indexed in the digital archives.

The project was originally limited to the years 1789 to 1900, which featured about 154 parishes and 11 million names from 800 volumes of records. That period was one of major growth for the church in Eastern Massachusetts, beginning with the 1788 founding of the Cathedral of the Holy Cross, Boston's first Catholic parish.

The new expansion will add another 20 years of records, indexing about 700 more books from 1901 through 1920, adding more than 60 additional Catholic parishes to the digital archives.

The data will be available to individuals hoping to trace their family ancestry, as well as historians, genealogists, economists and other scholars looking for bulk data for their research.

"The expansion of this historic collaboration between the Boston Archdiocese and American Ancestors will enrich the research of family historians in America and beyond and be especially informative in Irish, Italian and French Canadian genealogy," Brenton Simons, president of American Ancestors, said. "Newer parishes from the 1900s add Lithuanian, Polish and Portuguese genealogical data of interest."

The expanded project, expected to cost about $2 million, will be completed by 2029, said Molly Rogers, database coordinator for American Ancestors, but the church will release records as they are ready for use.

Rogers said her team includes dozens of volunteers who will first scan and digitize the records, then manually index, transcribe and translate them into English from Latin and from the immigrant Catholics' native tongues to make the records more easily searchable online. The church is also working with American Ancestors to restore the books' physical copies, a much more costly process, while it pursues digitization.

Rogers said she would recommend that other churches with large records collections look into ways to conserve and digitize them. 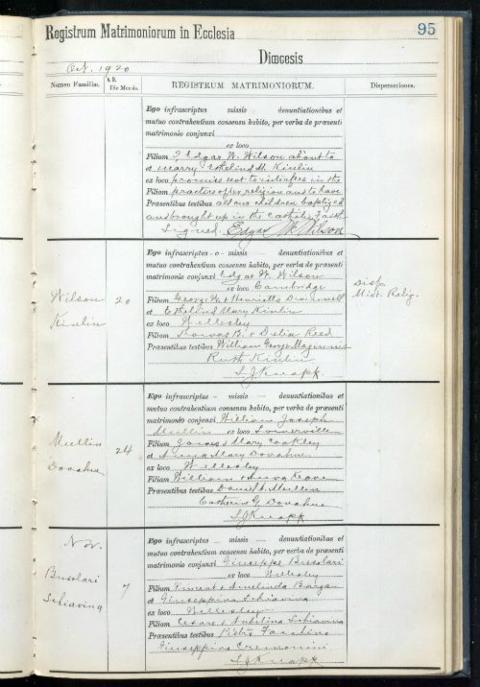 "If you scan the books, then it safeguards the information with an electronic backup," she said. "You also free up staff who aren't so tied up in digging through these archives to help answer people's genealogy research questions. It's so much easier for people to log on to their computers and access the archives and search through the names."

Since American Ancestors began the Boston Archdiocese project in 2016, a handful of other East Coast archdioceses have followed suit, including those in Baltimore, New York and Philadelphia.

"Some of the records we found don't match the civil records, so they can fill in the gaps there," Lester said. "Some of the people who were newly arrived immigrants may not have reported all their births or marriages to the city or state, so you won't find a birth certificate for your ancestor, but you may find a baptismal record in our books. This might be the only record of them existing."

American Ancestors had been hoping to work on these records for two decades.

"We're really excited to have these sorts of unique collections that other organizations don't have," Rogers told Religion News Service. "This is offering a significant new resource to people who are trying to learn about their immigrant ancestors and trace them back to where they came from, especially since new immigrant groups aren't always captured in state records."

In June, American Ancestors also produced a website detailing the family histories of the slaves sold to keep Catholic-run Georgetown University from bankruptcy in the 19th century. The website includes a database of 314 people whom genealogists say the Jesuit priests sold.

In 2011, the Catholic Research Resources Alliance embarked on an effort to digitize the archives of 11 top Catholic newspapers, from the Catholic San Francisco to the St. Louis Review. The collection, which contains more than 471,000 pages, is available online. 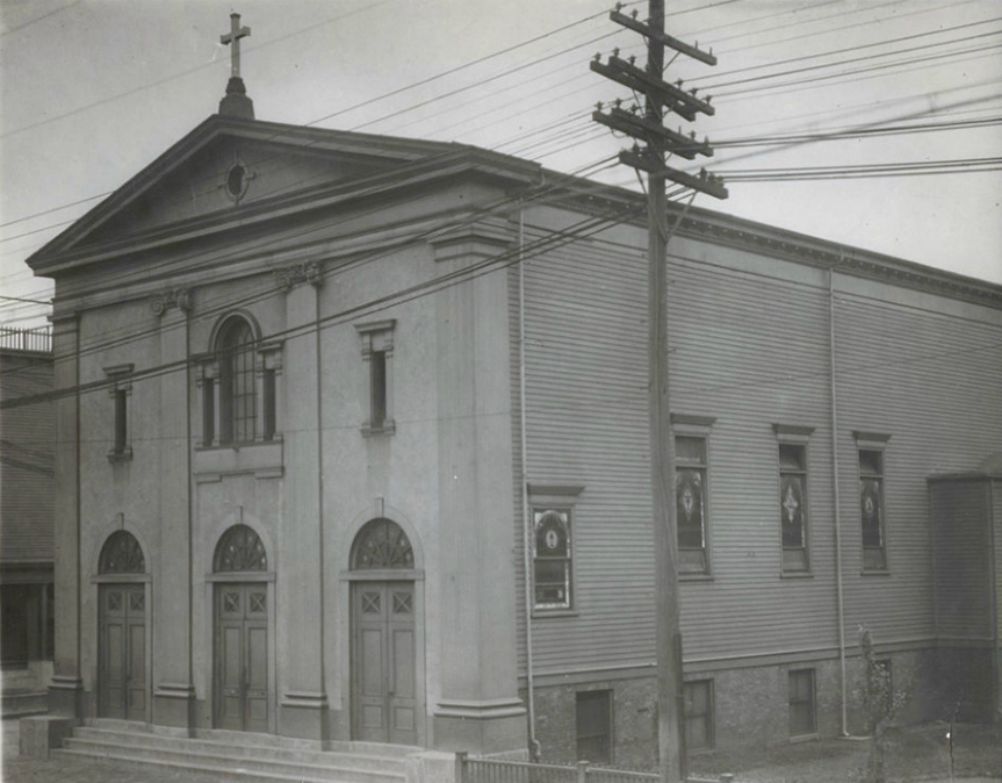 [Aysha Khan is a Boston-based journalist reporting on American Muslims and millennial faith for RNS. Her newsletter, Creeping Sharia, curates news coverage of Muslim communities in the U.S. Previously, she was the social media editor at RNS.]