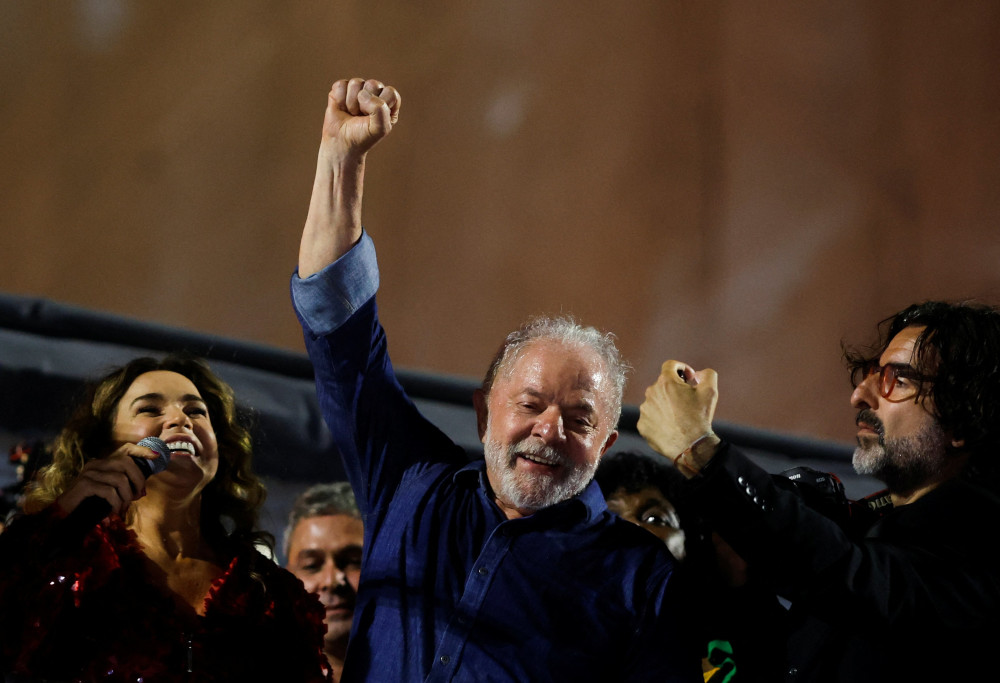 The Brazilian bishops' conference congratulated Luiz Inácio Lula da Silva for winning the nation's presidential election but noted there was still much work ahead.

"The exercise of citizenship does not end with the end of the electoral process," said the statement signed by officers of the conference.

They also called for peace and unity among Brazilians. In Oct. 30 elections, da Silva defeated the incumbent, Jair Bolsonaro, by a margin of less than 1%, in the closest election since the end of military rule in 1985.

"May everyone walk together to build better politics, ones that will be at the service of the common good, as defined by our beloved Pope Francis," the bishops said in their message.

Many Catholics who work with the poor, Indigenous and landless peasants are now hopeful with the return of the former president.

"Lula's victory rekindles the hope of (the return of) respect for Indigenous minorities and traditional communities, as well as for the forest and nature in the Amazon, in the resumption of the state's role in controlling deforestation, land grabbing, violence and the looting of natural resources at the expense of the poorest and most vulnerable," Josep Iborra Plans, a former priest now working with the church's Pastoral Land Commission, told Catholic News Service.

Lula, who served as president from 2003 to 2010, said one of his first actions as president would be to try to remove Brazil from the United Nations' Hunger Map.

The country was removed from the map in 2014 due mainly to food security action plans implemented during Lula's first two terms in office. However, the country was added again in 2018.

Read this next: Indigenous, church activists fear Amazon's destruction if Bolsonaro is reelected