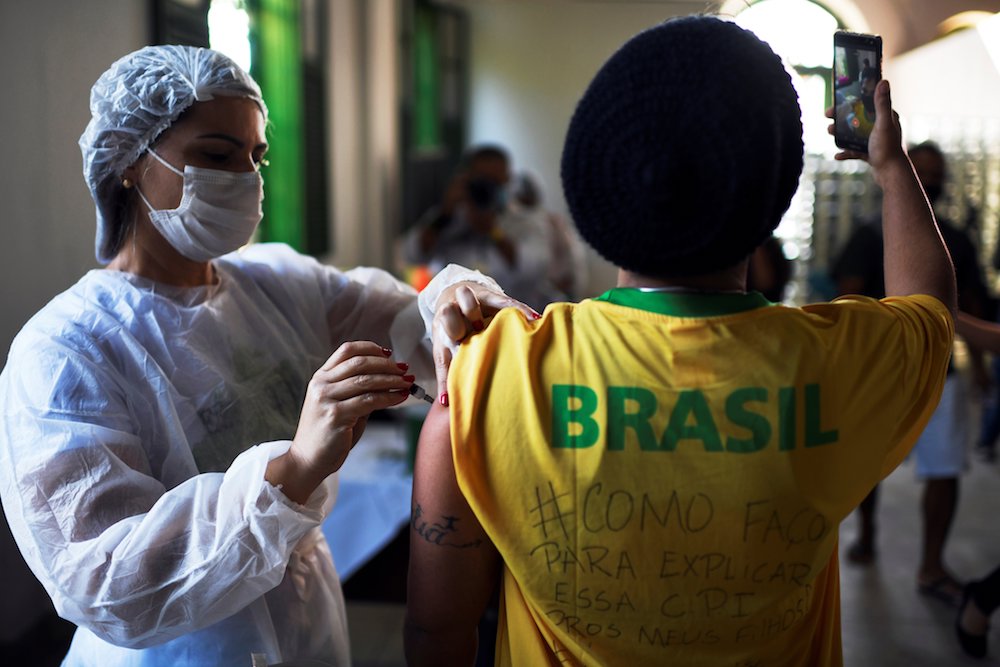 Saying that Brazil is facing one of the most challenging periods in its history, the country's Catholic bishops called on officials to conduct an impartial investigation of all complaints that the federal government mishandled COVID-19 vaccine purchases.

Without specifically mentioning Brazil's congressional inquiry into how the federal government carried out plans to purchase vaccines, the bishops said that a thorough investigation of the government's actions needs to "defend threatened lives, disrespected rights and support the restoration of justice, making the truth count."

"The tragic loss of more than half a million lives is aggravated by accusations of malfeasance and corruption in the fight against the COVID-19 pandemic," said an excerpt of the note issued by the bishops' conference and signed by Archbishop Walmor Oliveira de Azevedo of Belo Horizonte.

A hearing is under way in the Brazilian Senate to determine whether President Jair Bolsonaro and Ministry of Health officials committed a crime in dealing with the pandemic. Suspicions about negotiations to purchase vaccines have surrounded the Bolsonaro administration in recent weeks.

A Ministry of Health employee testified the week of July 5 that he had been pressured into authorizing the purchase of 400,000 doses of the AstraZeneca vaccine, offered by a businessman to the Brazilian government at a price inflated by $1 per dose. Had the sale been authorized the government would have paid $400,000 to a middleman and his accomplices.

It is not the first time the bishops have been critical of the federal government's handling of the pandemic.

"We are at war. Every day we become more vulnerable. It's very sad to see so many people getting sick or dying. We have an ethical obligation to fight for civilization. Barbarism is the goal of our misgovernment," Ferreira said.

In April, the bishops' conference general assembly criticized Bolsonaro, who has routinely denied the seriousness of the pandemic and minimized safety measures that other countries have put in place to limit the spread of COVID-19.

The bishops said the pandemic response demanded "competence and lucidity" from the country's leaders and that "discourses and attitudes that deny the reality of the pandemic, despise sanitary measures and threaten the democratic rule of law are unacceptable."