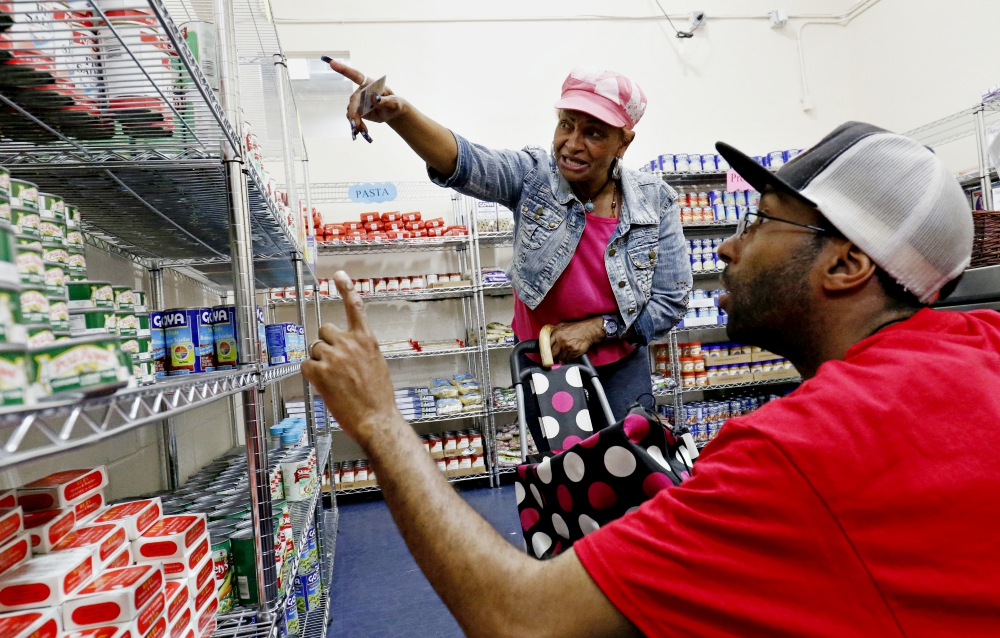 Volunteer Mark Orr assists a woman in July 2016 at a new food pantry at Catholic Charities of the Archdiocese of New York's community center in the South Bronx. (CNS/Gregory A. Shemitz)

In a nation divided by extremists left and right, Catholic Charities works in the center, where Catholics can be examples of justice while serving a pluralistic society.

Catholic Charities as a bridge to disparate factions was a unifying metaphor at a Sept. 26 discussion at the Sheen Center here, part of the 100th anniversary celebration of Catholic Charities of the Archdiocese of New York. The event was called the Edward Cardinal Egan Forum in honor of the late archbishop of New York.

"As the church in 2017, we are now back on the edge," said Fr. Bryan Hehir, Harvard professor and secretary for health care and social services for the Boston Archdiocese. He is a widely published author and speaker on Catholic social teaching.

Hehir, the keynote speaker at the event, noted that Catholic Charities began in the 19th century devoted to exclusively serving Catholics, and then developed in the post-World War II era as a mission to all, funded in part by corporations and government as Catholics themselves emerged into leadership roles in the wider culture. But that era is now changing once again.

"The once-immigrant church is now a newly immigrant church," he said, citing the demographic changes in the nation. In this new reality, he said, Catholic Charities can provide a space where those in the relatively comfortable center of American life can identify and assist those who live on its margins, including the undocumented. 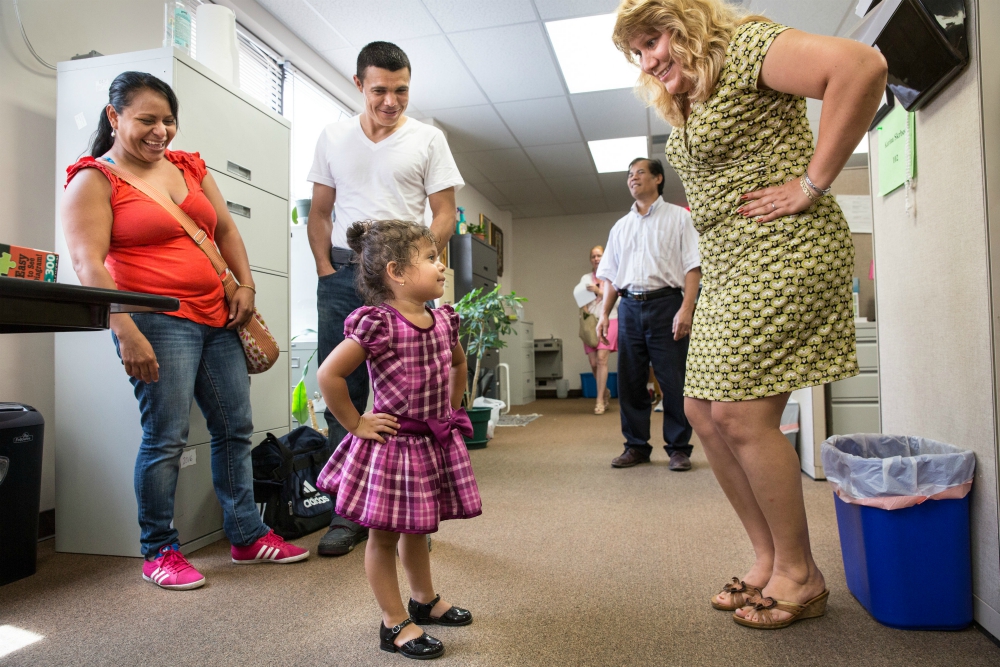 "No other institution has that kind of presence in our society," Hehir said.

The mission of Catholic Charities is based upon the Scriptures, from the value placed on human dignity described in Genesis, to the prophetic witness of the Old Testament prophets, to the Gospel of Matthew's account of Jesus' preaching on the obligation of Christians to shelter the homeless and visit the sick.

Hehir argued that Catholic Charites — which, while accepting government funds, has run into conflict when the state obliges it to work contrary to Catholic values — can work within a secular state and a pluralistic society.

But he said Catholic Charities, and the church in general, opposes a secularist state that attempts to impose its values on the mission of the church.

Respondents to Hehir's talk focused on how Catholic Charities can best bridge the divisions of the country and the church.

Robert Niehaus, chair of the New York Catholic Foundation and of GCP Capital Partners, said that business leaders are sympathetic to the mission of Catholic Charities, even if they may differ with the church or are non-Catholics.

"Deeds, not creeds" is what business leadership looks for in funding charitable projects, he said, noting that the "return on investment" is a point of focus. Data indicating that charitable projects produce results are vital in garnering donations.

He said that many corporate leaders are sympathetic to the immigrant experience, having seen it in their own families.

He urged Catholic Charities to unite wealthier parishes — such as his own Church of the Resurrection in Rye, New York — with projects that provide hands-on experience with the poor. For example, he cited the volunteers from his parish who participate in POTS, a meals and service program in the South Bronx operated by Catholic Charities. Such volunteers, he said, often morph into enthusiastic donors.

Ross Douthat, columnist for The New York Times and author of Bad Religion: How We Became a Nation of Heretics, said that the church has lost much of its grip on the financial and cultural elite of the country. He said that young entrepreneurs in Silicon Valley, for example, largely embrace a libertarian mindset at odds with church teaching and values.

Douthat said the election of President Donald Trump pointed out the crisis affecting the middle class, people who may have once contributed to Catholic Charities but are now frequently patrons at charity breadlines and soup kitchens. They have not shared in the growth of income and prestige among the nation's elites, he said.

The "shock" of Trump's election has focused the U.S. bishops, largely quiet on social and economic concerns over the past two decades, into a renewed energy against the administration's threat to immigrants, said the journalist.

"It's the one place which Philadelphia and Chicago are speaking with a common voice," said Douthat in an apparent reference to Archbishop Charles Chaput and Cardinal Blase Cupich, both of whom have defended immigrants while differing on other issues.

Hehir noted that Catholic Charities' mission is one of concern for all, believers and nonbelievers, liberals and conservatives. The agency's mission to the poor, which can include advocacy on issues such as government budgets and immigration policy, is one vital to the wider culture. Both secularists and believers hold Catholic Charities to the highest standards, and they should, he said.

"We are being watched," he said, "simply because of what we claim to be."