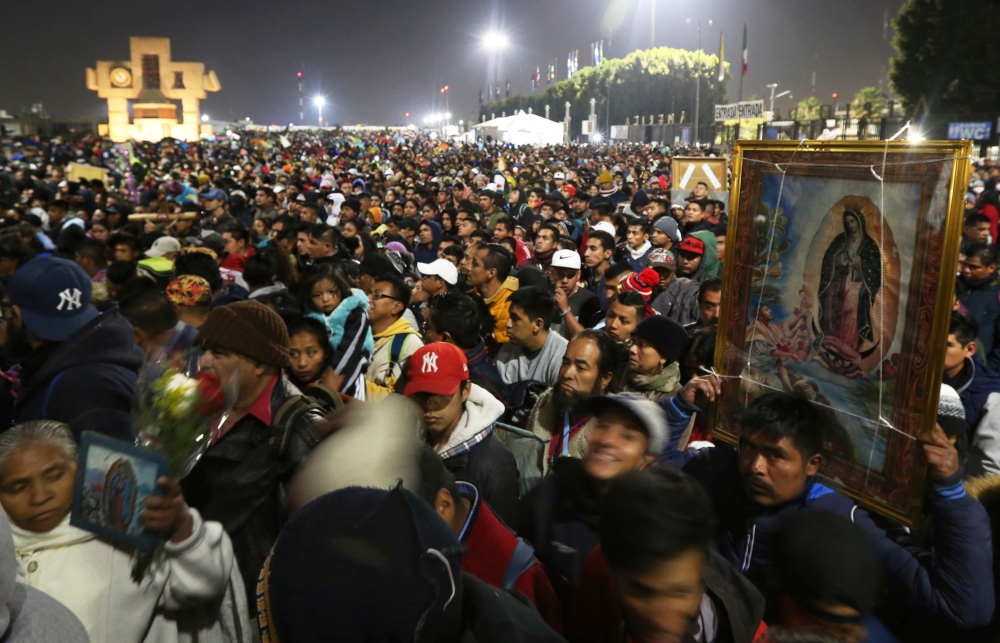 In this Dec. 12, 2019 file photo, pilgrims arrive at the plaza outside the Basilica of Our Lady of Guadalupe in Mexico City. Due to the COVID-19 pandemic, the Mexican Catholic Church announced on Monday, Nov. 23, 2020 the cancelation of the annual pilgrimage, the largest Catholic pilgrimage worldwide. (AP File/Marco Ugarte)

Mexico's Roman Catholic Church announced the cancellation Nov. 23 of what's considered the world's largest Catholic pilgrimage, for the Virgin of Guadalupe, due to the COVID-19 pandemic.

Mexico's Episcopal Conference said in a statement that the basilica will be closed from December 10-13. The Virgin is celebrated on Dec. 12 and for weeks in advance, pilgrims travel from across Mexico to gather by the millions in Mexico City.

The church recommended that "the Guadalupe celebrations be held in churches or at home, avoiding gatherings and with the appropriate health measures."

Bishop Salvador Martínez, rector at the basilica, said recently in a video circulated on social media that as many as 15 million pilgrims visit during the first two weeks of December.

Many of the pilgrims arrive on foot, some carrying large representations of the Virgin.

The basilica holds an image of the Virgin that is said to have miraculously imprinted itself on a cloak belonging to the Indigenous peasant Juan Diego in 1531.

The church recognized that 2020 has been a trying year and that many of the faithful want to seek consolation at basilica, but said that conditions don't permit a pilgrimage that brings so many into close contact.

Mexico has reported more than 1 million infections with the new coronavirus and 101,676 COVID-19 deaths.

Mexico City has been tightening health measures as the number of infections and hospital occupancy begin to creep up again.