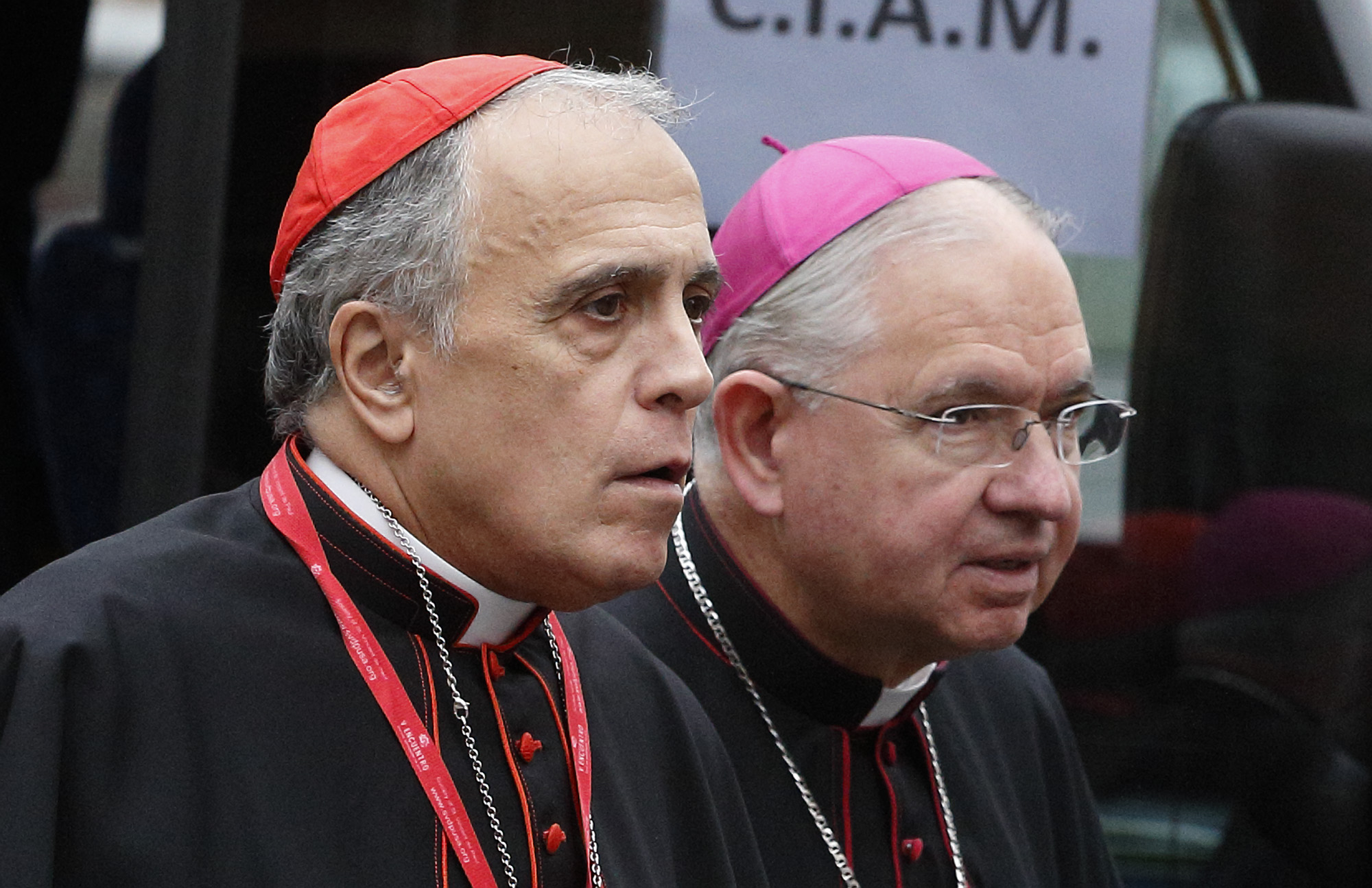 Cardinal Daniel DiNardo of Galveston-Houston, president of the U.S. Conference of Catholic Bishops, and Archbishop Jose Gomez of Los Angeles, vice president of the conference, arrive for a session of the Synod of Bishops on young people, the faith and vocational discernment at the Vatican Oct 5. (CNS/Paul Haring)

The president of the U.S. bishops' conference welcomed Pope Francis' pledge to fight attempts to cover up cases of sexual abuse and to stop offering special treatment to bishops who have committed or covered up abuse.

"On behalf of my brother bishops in the United States, I welcome the statement of Oct. 6 from the Holy See which outlines additional steps Pope Francis is taking to ensure the faithful are protected from the evil of sexual assault," Cardinal Daniel DiNardo said in a statement released Oct. 7 in Rome.

The cardinal, president of the USCCB, is in Rome for the Synod of Bishops. Archbishop Jose Gomez of Los Angeles, conference vice president, also is in Rome for the synod, and the two U.S. leaders were expected to meet privately with Francis Oct. 8 as questions continue over the handling of years of allegations of sexual misconduct by former Cardinal Theodore McCarrick of Washington.

In a statement Oct. 6, the Vatican said Francis had ordered a thorough review of the archives of Vatican offices to study how the allegations were handled.

"The Holy See is conscious that, from the examination of the facts and of the circumstances, it may emerge that choices were taken that would not be consonant with a contemporary approach to such issues. However, as Pope Francis has said: 'We will follow the path of truth wherever it may lead,'" the Vatican statement said.

DiNardo, who earlier had requested a full investigation, said, "The truth will ensure the terrible sins of the past are not repeated.  The courage of abuse survivors who first brought the horrific truth of sexual abuse to light must continue to be matched by our courage as pastors to respond in justice."

The U.S. cardinal's statement was published the same day Cardinal Marc Ouellet, prefect of the Congregation for Bishops, responded to allegations by Archbishop Carlo Maria Vigano, former nuncio to the United States, that Francis knew about and ignored the allegations against McCarrick.

Ouellet called Vigano's accusations a "political" ploy that had wounded the unity of the church.

"Out of respect for the victims and given the need for justice, the inquiry currently underway in the United States and in the Roman Curia should provide a comprehensive and critical study of the procedures and the circumstances of this painful case in order to prevent something like it from ever happening in the future," Ouellet said.

DiNardo said he and all the U.S. bishops "offer our prayers and solidarity for the Holy Father. We urge all in the church, particularly the bishops, to reaffirm our communion with Pope Francis who is the visible guarantor of the communion of the Catholic Church."