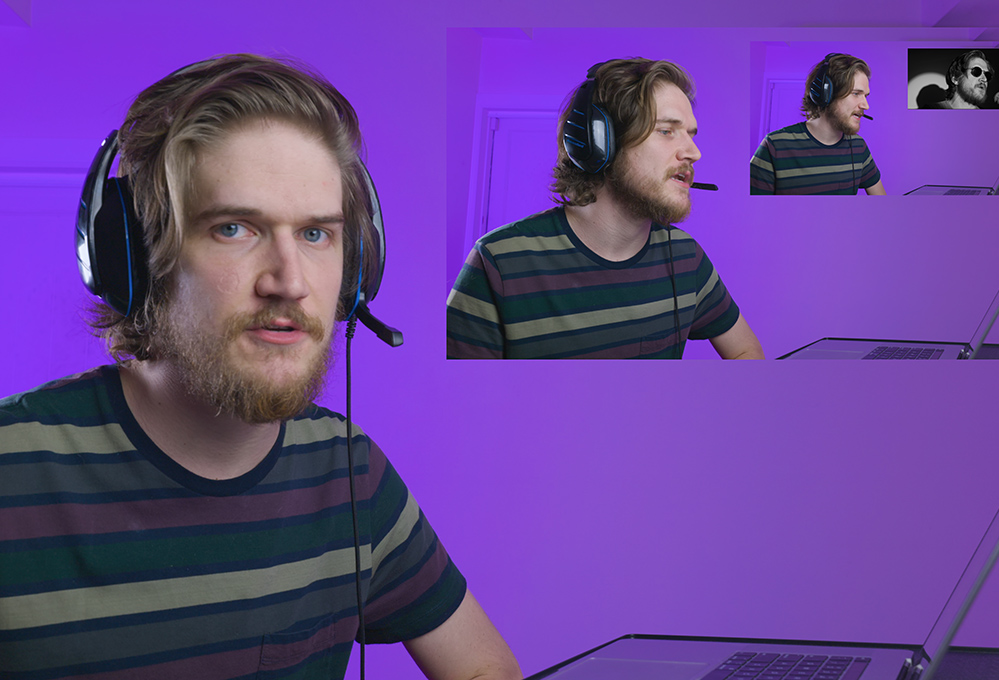 Earlier this year, I walked in the woods with a friend who is a musician and artist. We found ourselves in conversation about the art people might create to process the past year of COVID-19.

Neither of us particularly wanted to see movies or shows with people wearing masks. It felt too close to reality. What we wanted, we decided, were cultural productions that helped us process the social isolation and transformed relationships of the pandemic — including our relationships with ourselves.

I was initially skeptical of Bo Burnham's latest Netflix special, partly because I couldn't get through his other comedic work. Yet his dramatic turn a few minutes into the first song toward critiquing white naval-gazing art in the face of social injustice both surprised and hooked me.

In "Inside," the audience is forced to confront the psychological impacts of social isolation and the loss of the social life that both sustains and invigorates creative practice. The enclosed universe of the room where he filmed the special gradually closes in: synthetic birds and crickets replace the ambient noise of the outdoors; the light inside replaces the sun; a disembodied laugh track replaces a live audience; and awkward video-chats and emoji sexting replace in-person relationships. 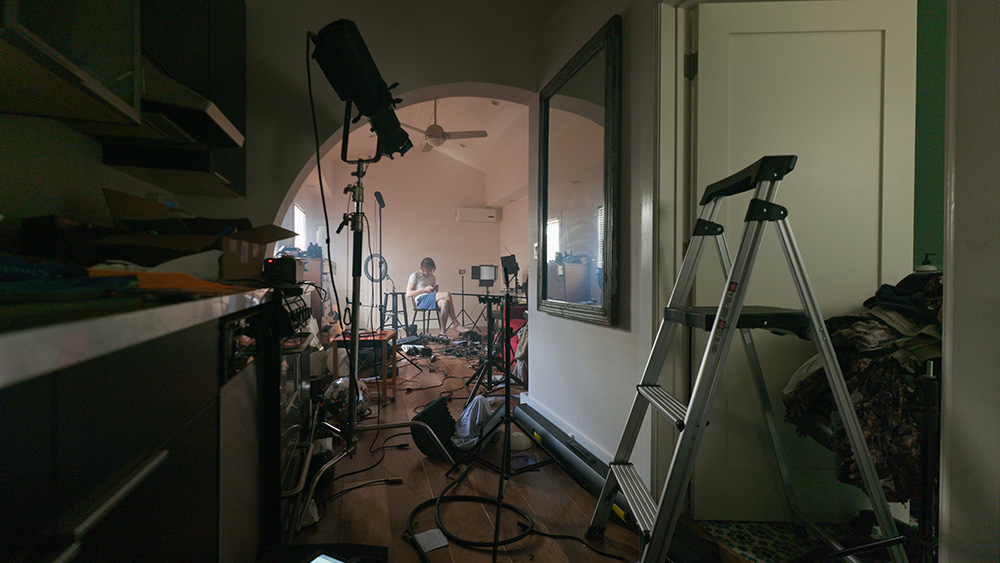 Like Hannah Gadsby's "Nanette," Burnham's "Inside" makes public an internal critique of comedy, peeling away its anatomy to expose the pain underneath it. When Burnham asks us, "Do you feel like sh*t?!" in an upbeat tempo, it forces a reckoning with the commercialization of misery even pre-pandemic. The cheers and applause as Burnham becomes a depressive COVID-19 video game asks us to reflect further on the consumption and cannibalization of pain via comedy.

He replaces the initial sense of time, space and possibility with endless loops of metacommentary on the creative process ("So here, I'm reacting to my own reacting, and I'm criticizing my initial reaction for being pretentious, which honestly is a defense mechanism").

Unlike "Nanette," however, in which Gadsby takes issue with the push for oppressed people to make self-deprecating jokes, Burnham aims at voices with power, including his own. And when he trolls white-male comedy in particular as "making a literal difference, metaphorically," it lays bare the irony of using self-critique as an approval stamp to continue the very thing he is critiquing.

Burnham's self-accountability includes publicly apologizing for the problematic content of his earlier years, shirtless and sweating, in a strange sexualization of white-male-self-awareness. Characters like the anti-establishment sock puppet Socko — who eventually gets pulled off Burnham's hand to shut him up — name these tensions and contradictions ("Why do you rich f*cking white people insist on seeing every sociopolitical conflict through the myopic lens of your own self-actualization?").

"Inside" exposes this type of self-awareness as a new brand of white male social justice, set alongside an impressive taxonomy of 21st-century white man tropes, including an unbearable "social brand consultant." Lyrical juxtapositions like "the whole world at your fingertips, the ocean at your door" and "a book on getting better hand delivered by a drone" further critique self-actualization through consumption, particularly digital consumption and information overload, picking up on themes from Burnham's 2018 film "Eighth Grade."

Many of the special's early songs could have been pre-pandemic critiques of whiteness and social media culture, particularly his song trolling white women's Instagram lives, where Burnham ironically uses digital projections to depict a white woman living a fun, quirky life during a global pandemic. Similarly, the consistent references to the corporatization of movements resonates at a moment in capitalism in which Target carries a "Pride" line and Netflix markets a "Black Lives Matter Collection."

And yet, something about Burnham's mastery of all these white tropes sat funny with me. Maybe it's the undertones of toxic masculinity in this mastery. Maybe it's the fact that, even before COVID-19, there remains a large market for the very thing Burnham is critiquing: the individual self-deprecating white man who flames himself but is disconnected from larger social struggle, his angst a product of his social and political isolation.

Burnham's physical evolution over the course of the show — and the content shift from making-fun-of-white-people to dealing with a spiraling psyche — force a reckoning with the psychological toll of the last year and a half. Repeated lines like "Look who's inside again / went out to look for a reason to hide again" draw attention to the fact that social-media-driven artistic practice and self-isolation have long gone hand in hand. 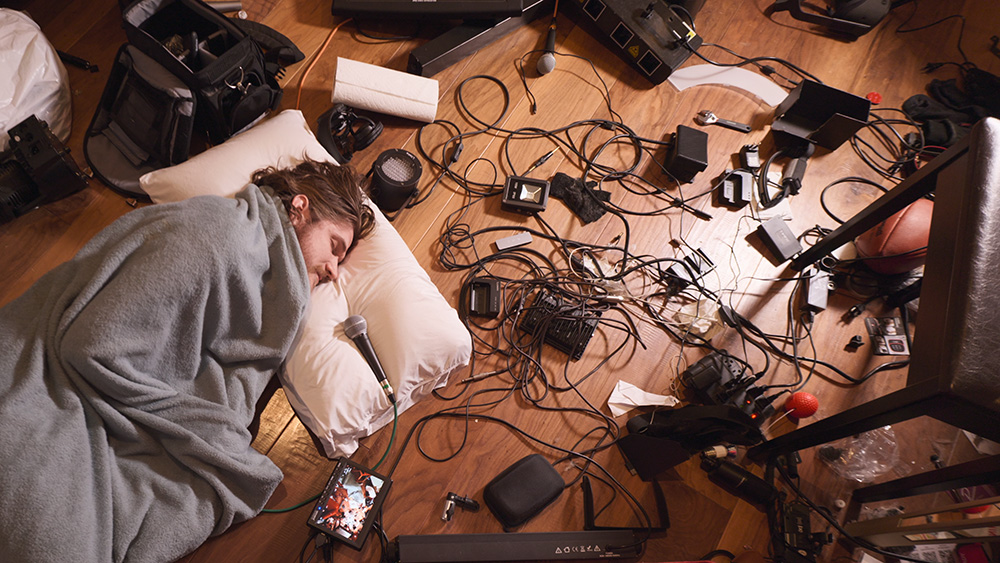 And then, there is the question that we already know the answer to: Who gets to be a tortured artist publicly and show mental health struggles — particularly suicidal ideations — without being pathologized for it? Maybe it's the fact that in "Inside," vague references to racial injustice and climate change remain firmly outside. Maybe it's the fact that the show's mystique dissolved a bit when I read that his studio is actually a stand-alone building in his Los Angeles backyard, a far cry from those who spent lockdowns in small city apartments without a house to retreat to after the workday. Maybe it's the strange feeling of seeing a cisgender white man so free in his body, alone.

We need Burnham to stand for something, not just exist in the endless loop of self-reflexive self-mastery. Otherwise, "Inside" risks serving as a boilerplate for a new privileged-white-male performance of self-awareness through art.

That said, maybe we can measure the success of this special not in masterful effects and production or catchy songs, but in the space it opens up to process and critique the limitations of the art that has gotten us through COVID-19 so far — and to create new genres and forms from their ashes.