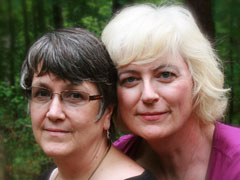 Public opinion about homosexuality is changing rapidly, and civil law is not far behind. Gays and lesbians are increasingly open about their relationships and accepted. In some states, they now can marry legally and adopt children.

But among those who are people of faith -- with a few exceptions -- gay men and lesbians wrestle with how to be faithful to their religious traditions while living fully the human reality in which they discover themselves.

That's why it seemed just the right moment for "Interfaith Voices" (the public radio show I host) to broadcast a series titled "Gay in the Eyes of God: How 12 Traditions View Gay and Lesbian People." It began this summer and will stretch into the fall. It was made possible by a grant from the Arcus Foundation.

This series offers much more than scriptural or theological conversations, although those are included. We hear the often poignant stories of gay and lesbian people struggling with who they are as they try to stay faithful to their respective traditions.

Many faith traditions have roughly the same stance on the morality of homosexuality that is found in Catholicism: The "orientation" is not sinful, but homosexual activity is forbidden. This is true of Islam, Orthodox Judaism and many Baptist traditions. (I found no other religions, however, that characterize the orientation as "intrinsically disordered.")

Among the stories, we hear from "Adam," a gay Muslim who chose to remain anonymous on air because he is not yet "out" to his family. He has wrestled with his tradition, and even though he lives with a partner, he believes he can be both gay and a good Muslim. But he is clear: This is possible in the United States; it would not be possible in his native Pakistan.

When we deal with Catholicism, we hear the story of Hilary and Celestine Ranney-Howes. This couple was heterosexually married -- one man and one woman. When the male (now Hilary) came to believe his true identity was female, he became a female transgender person. Normally, such a change would lead to divorce, but Hilary's wife, Celestine, realized she loved the person, not the gender, so they stayed together as a lesbian couple. Today, they worship in an "intentional eucharistic community" in the Washington, D.C., area where they feel accepted. 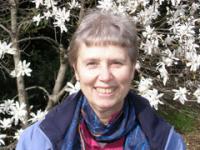 For our Catholic segment, I also interviewed Loretto Sr. Jeannine Gramick, a founder of New Ways Ministry, and Eve Tushnet, a young lesbian who believes she must remain celibate to be a faithful Catholic. Gramick explained the range of Catholic theological views on this subject, including the official view, and Tushnet said that she turned to works of Catholic mysticism for support in her lifestyle. Gramick noted that change is possible in Catholicism, but she does not expect it any time soon. 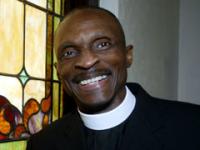 Because of the strong opposition to homosexuality in traditionally black Protestant churches, we included a special interview with two black pastors from North Carolina: the Rev. David Roberts of Morning Star First Baptist Church and the Rev. T. Anthony Spearman of the Clinton Tabernacle A.M.E. Zion Church, both in Hickory, N.C. But first, we heard the story of Anita Sherrill, an African-American lesbian who tells how she tried for years to live as a heterosexual, and then embraced fully her lesbian orientation. Like others, she believes she can be a good Christian and a lesbian at the same time.

The segment on the black churches was especially important for another reason. The two pastors were on opposite sides of this issue, but when I asked them if there was something more than theology or scripture that explained the strong African-American opposition to homosexuality, they both agreed it was rooted in the experiences of slavery.

Black women slaves, they said, were often raped in those days. But male slaves were also raped, sexually abused and used as "sexual toys." It was part of a system meant to demean "black manhood." That experience has not been forgotten, they said, and has translated for many into opposition to homosexuality.

The series reveals that religious traditions -- almost without exception -- are experiencing a push to accept lesbian and gay people as full members of their faith communities. 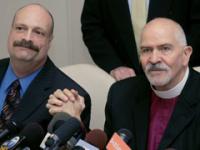 We began by exploring the early pioneers of change. I interviewed the Rev. Troy Perry, founder of the Metropolitan Community Church (sometimes called the "gay church"). He launched that denomination in 1968 in his living room, in an age when the word "gay" was not even part of the national vocabulary. Today, the Metropolitan Community Church has 222 congregations in 37 countries.

In 1969, the Unitarian Universalists heard one of their own young ministers, the Rev. James Stoll, "come out" as a gay man at a church conference. His announcement launched that church on the road to full acceptance of gays, lesbians and transgender persons. So supportive have the Unitarian Universalists become that the law legalizing same-sex marriage in the District of Columbia was signed in the sanctuary of All Souls Unitarian Church there.

Among the early pioneer religious groups were also the United Church of Christ, significant parts of the Quaker community, and Reform and Reconstructionist Judaism.

It is the churches of the Protestant mainline that have struggled most publicly with this issue. And in some, there have been schisms. On "Interfaith Voices," we feature both sides in that debate, with a conservative Episcopal bishop, Julian M. Dobbs, whose congregation split from the church because of this issue. He offered the traditional view, and Bishop Mariann Budde of Washington, D.C., gave the progressive -- now official -- view of the U.S. Episcopal church.

The Episcopal church, at its 2012 General Convention, just approved a liturgical rite for the blessing of same-sex unions. The Episcopal struggle is echoed in the Lutheran, Presbyterian and Methodist churches. It is the latter, the Methodists, who have made almost no significant changes on this issue. Those on the inside of the Methodist church tell me that the strongest opposition to change is coming from their churches in Africa. 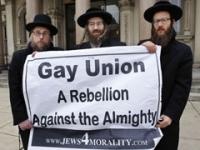 As noted above, Reform and Reconstructionist Judaism were early to change, but Conservative Judaism has changed gradually, and now ordains openly gay rabbis and just voted at its national convention to approve same-sex marriage ceremonies. 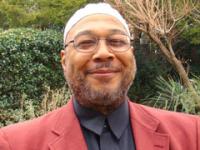 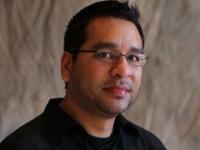 Change is apparent in Islam as well. I interviewed an openly gay imam, Daayiee Abdullah, who runs a "woman-friendly and gay-friendly" mosque in Washington, D.C. It's small, but growing. Another young Muslim, Faisal Alam, founded Al-Fatiha, an organization to support Muslims who are gay, lesbian or transgender. Catholics might think of it as the "Dignity" organization for Muslims. Alam even noted that some Muslims these days go "mosque shopping" to find a place that is suited to their needs.

Among the most resistant to change are evangelicals, who tend to read the Bible more literally and traditionally. But even here, figures like the Rev. Richard Cizik, founder of the New Evangelical Partnership for the Common Good, stand out as urging a tolerant and accepting stance. Same-sex marriage is still a touchy subject for most evangelicals. Cizik was fired as vice president of the National Association of Evangelicals in 2008 for advocating civil unions in an interview with Terry Gross on NPR's "Fresh Air." 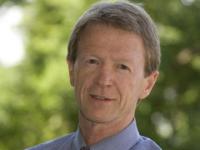 We also include a conversation with a scholar of Mormonism, where -- like most other Western traditions -- it is homosexual activity that is forbidden, not the orientation. But Philip Barlow, professor of Mormon studies at Utah State University, concluded his interview by talking about a "gay pride" parade in Salt Lake City -- with some contingents hoping to open up the question in the Church of Jesus Christ of Latter-day Saints.

The Eastern religious traditions, Buddhism and Hinduism especially, are less preoccupied with issues of sexuality than are the Western traditions. They have no centralized teaching authority as in Catholicism.

But Buddhism is concerned that people not be "attached" to earthly things, and sexuality of any kind is sometimes viewed as an "attachment." One of the five precepts of Theravada Buddhism tells practitioners to avoid "sexual misconduct," but to many Buddhists, that does not refer explicitly to homosexuality. To others, it does.

Finally, we plan to conclude the series with a discussion of cultures that honor what anthropologists often call the "third gender." These are people who might be gay, lesbian or transgender in modern parlance, but have long been seen as "different" by some traditional faith groups. They include the hijras of India and special people among Native Americans. Interestingly, they show a third way: These people are revered and sometimes have special religious roles.

All episodes of Interfaith Voices, including its "Gay in the Eyes of God" series, are available at interfaithradio.org.

Three contrarians with the courage of their convictions

Netflix's 'The Chair' is a needed yet unrealistic depiction of academia

33 miners who stared death in the face