Relics can be key to understanding life in Jesus' time, Jesuit says 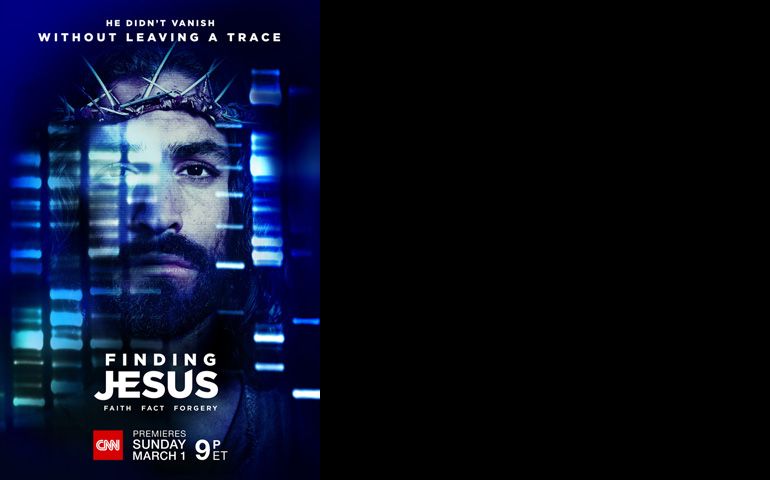 "Finding Jesus" is a six-week series on the relics of Jesus airing on CNN. (CNS/CNN)

Washington — Is the Shroud of Turin real, as many Catholics believe? Or is it a product of the 14th century, as suggested by tests conducted of strips taken from the shroud?

Those are the kinds of questions addressed in a new CNN series, "Finding Jesus," which airs at 8 p.m. EDT Sundays through Easter, April 5.

Jesuit Fr. James Martin, one of a host of scholars and scientists interviewed for the series, said for the series that "in my gut" the shroud is real.

Why? "The most persuasive argument is that even if it dates from the 1400s, there's no way the creators could have known about the qualities of photographic negatives which the shroud demonstrates," he told Catholic News Service in a telephone interview Thursday from New York. "It's not unreasonable to think Jesus' burial cloth would have been treasured by his disciples and the early church. That's perfectly reasonable to imagine."

On the other hand, Martin said, "what argues against it is that it appears only in the Middle Ages. You think there would have been a record of it or mentions of it."

The 14-foot-by-4-foot linen cloth has a full-length photonegative image of a man, front and back, bearing signs of wounds that correspond to the Gospel accounts of the torture Jesus endured in his passion and death.

The church has never officially ruled on the shroud's authenticity, but Pope Francis is to visit the Shroud of Turin during its public display in Turin's cathedral later this year. Pope Benedict XVI and St. John Paul II likewise visited the shroud.

What would help with authentication of the cloth, Martin added, is a "smoking gun" of sorts that gives "a record of where it has been. That would be the smoking gun. A record from some monastery that links it from Jerusalem to Turin. ... Something that situates it in a monastery. That would be great to find -- with pictures of it, drawings, and it would have to be dated."

Martin also appears in a "Finding Jesus" installment dealing with the life of -- and relics associated with -- John the Baptist. "Finding Jesus" reports there are more bone relics attributed to John than one body could possibly have had. One test finds a purported relic as dating from about seven centuries after John's time, but tests on another relic fixes the year of death of the person from whom the bone came at 30 A.D.

Relics, even if they weren't initially thought of as such, have existed "since the earliest days of the church," Martin told CNS. "Anything that was associated with Jesus or the apostles or the early saints would have been treasured much as we treasure our grandmother's bracelets or a favorite photo of an uncle." The shroud, he noted, would have been just such a treasured item.

One does not need to have a relic to believe in the holiness or heroic virtue of a saint or saintly person, added Martin, who said he has a relic of St. Ignatius of Loyola, founder of the Jesuit order, and also a relic of the "true cross" believed to be the one used to crucify Jesus. Of the latter, he said, "He was just another criminal -- why would they have saved that? But you know what? You never know."

But "the same culture that makes fun of relics also sells Marilyn Monroe's coats and dresses on eBay," he said. "It's that same desire for a physical connection."

Other Catholic scholars on "Finding Jesus" include Candida Moss of the University of Notre Dame in South Bend, Ind., and Timothy Gray of St. John Vianney Theological Seminary in Denver. Martin said he was asked to appear on "Finding Jesus" because he had just written the best-seller Jesus: A Pilgrimage, "and they reached out to me."

By virtue of his books, his writing for America magazine and his occasional role as official chaplain for the now-defunct "Colbert Report," the Jesuit is frequently asked to give his "impri-Martin," as it were, to a variety of projects. Martin said he finds "I am in a fair amount of demand. I'm happy to help, you know, preach the good news anywhere I can."

Hourlong installments "Finding Jesus," based on the book by Religion News Service journalist David Gibson, debut each Sunday at 8 p.m. EDT on CNN, with the episodes repeating at 9 p.m., 11 p.m. and midnight Sundays.

Culture | Relics can be key to understanding life in Jesus' time, Jesuit says

Relics mean something, but they don't mean everything