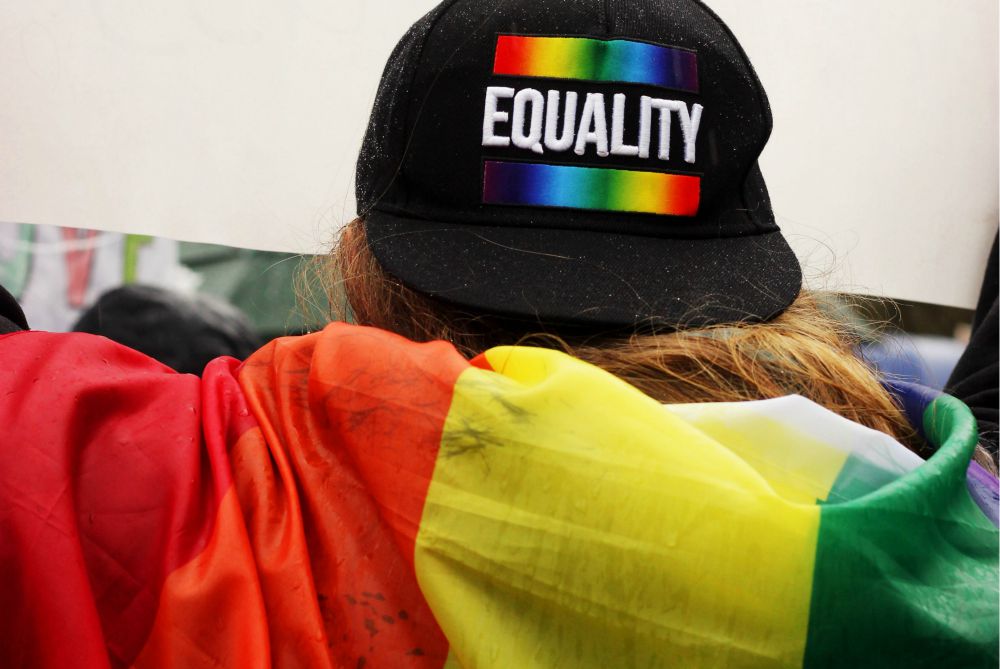 By the Fourth of July, more than 300 people from chapter groups around the country had arrived in Chicago not just to celebrate the nation's birthday but the 50th birthday of DignityUSA, the nation's leading advocacy group for Catholics who identify as LGBTQ.

It was a challenging but hope-filled five decades for Dignity, the group's executive director told NCR on the eve of the conference. Marianne Duddy-Burke maintained that even the survival of the organization she's led since 2007 has been nothing short of "miraculous." Dignity, she said, "has had the machinery of the Vatican and the U.S. Bishops Conference working against it almost from its inception."

Dignity was founded in 1969 in San Diego by Fr. Patrick Nidorf, an Augustinian priest and psychologist who felt that the pastoral needs of his city's gay Catholic community were being ignored. The group began to spread, and by 1973, Dignity was a national organization with headquarters in Medford, Massachusetts. It now boasts 7,500 members in 38 chapters.

Today, Dignity advocates for change in Catholic teaching on homosexuality and gender identity. It offers educational materials and speakers for Catholic parishes and institutions. It seeks to maintain a dialogue with Catholic bishops and church leaders.

That dialogue, insists Duddy-Burke, has been shut down more than once by the institutional church. The most devastating occasion, she says, was the "Letter to the Bishops of the Catholic Church on the Pastoral Care of Homosexual Persons," promulgated by the Congregation for the Doctrine of the Faith in October 1986. The congregation was then directed by Cardinal Joseph Ratzinger, the future Pope Benedict XVI.

The Vatican document didn't refer to Dignity by name, she explained. "But it essentially branded us as 'non-Catholic' and told bishops who hadn't already done so to expel us from Catholic spaces. The letter asserted that homosexuality was an 'objective disorder.' "

In 1986, Marianne Duddy was a few years out of college and living in Boston where she had discovered Dignity's local chapter. "It was a homecoming for me to be in a place where I could be both lesbian and Catholic," she said. In college, the chaplain for the Newman Center group for which she was the president told her to resign from her role when she admitted that she was a lesbian. "We can't have someone like you represent Catholics on campus," he told her.

"I just lived through the rest of my college life without substantive Catholic community," she recalls. "I never lost my faith and I never felt condemned by God. I just knew that this priest was wrong."

Dignity's media relations director Jeffrey Stone, agrees that the '86 letter had devastating effects. Many LGBTQ Catholics wanted to remain Catholic. But suddenly, they felt rejected by a church they loved and identified with. 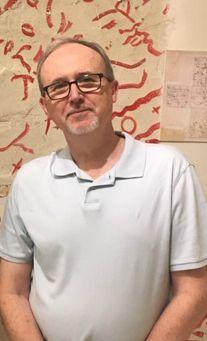 Stone, a Maine native, raised in a traditional Catholic family, graduated from Columbia University and was pursuing a publishing career in New York City. There in the early '90s, he witnessed the heart-breaking fallout of the Vatican's statement which he still labels as "cruel."

Dignity had frequently been isolated, demeaned and attacked for its Catholic identity by secular LGBTQ groups, Stone said, offering context for the '86 letter reaction. "The reason is that many LGBTQI individuals never had a good experience with religion. Because of the Vatican statement, Dignity took a tremendous hit. Dignity had welcomed LGBTQI Catholics and was a unique haven for them."

After the letter's release, St. Francis Xavier Church, which had hosted Dignity gatherings in New York City, no longer welcomed them. "Our community split on how to respond," Stone said. "About one-third of the people said, 'I'm done with the church!' Another third stayed in the parish, and another third stayed with Dignity." For three years, across the street from St. Patrick's Cathedral, some Dignity activists staged protests of the ban.

Being expelled by the church became even more painful in the '90s at the height of the AIDS crisis, Stone added. Dignity members died of AIDS feeling that they had been rejected by the church.

But those and other painful days in Dignity's five decades only made its recent celebration more joyful, feminist theologian and keynote speaker Mary Hunt told NCR. "We're here rejoicing. We're not here holding our heads under brown paper bags!"

Hunt, the co-director of the Women's Alliance for Theology, Ethics and Ritual (WATER) in Silver Springs, Maryland, arrived early at the Dignity celebration in Chicago to address another LGBTQ advocate — the Global Network of Rainbow Catholics, an international Catholic coalition of support groups from around the world which Dignity mentored for many years.

Hunt said that her keynote address made it clear that Dignity's primary message was beginning to be welcomed by ordinary Catholics even if the institutional church continued to reject it. She had seen a shift in the laity's attitude in the last decade.

"People in the church went from seeing same-sex love as something unspeakable and sinful to now being rather normative and mainstream." At the same time, she pointed out, the laity had lost trust in church leadership.

On the last full day of its conference, Dignity members spent hours meeting in small groups to envision Dignity's future. At tables of eight to 10, Dignity participants, including many from its Young Adult Caucus, discussed and shared ideas about what it will mean to be a voice for future LGBTQ Catholics and how they could help to create welcoming faith communities for all gender identities and all kinds of families. They pooled ideas about how Dignity could become a stronger national resource for LGBTQ concerns. They talked and prayed about developing new generations of Dignity leaders.

Like all good anniversary celebrations, Dignity's focus was divided between a thoughtful look at the past and the envisioning of a future. Duddy-Burke knows better than anyone that Dignity's first 50 years tells a mixed story.

"Our young members are trying to figure out how they will keep their faith as they start families of their own. The issues are some of the same things that we've been dealing with for the past 50 years.

"For us, as long as the official teaching of the Catholic Church is that being gay or lesbian or transgender is somehow not part of God's plan for humanity, we will continue to be second class in our church — or subject to exclusion. We need to change that theology. It is just unsustainable for our church, on the one hand, to say that everyone is a child of God, and on the other, to say that there is something wrong with this group of people. Catholics have figured it out. But the leadership and teachings are lagging far behind."

Read this next: At Call to Action, younger leaders are reimagining church reform