Accepting human rights award, environment activists stress: We are out of time 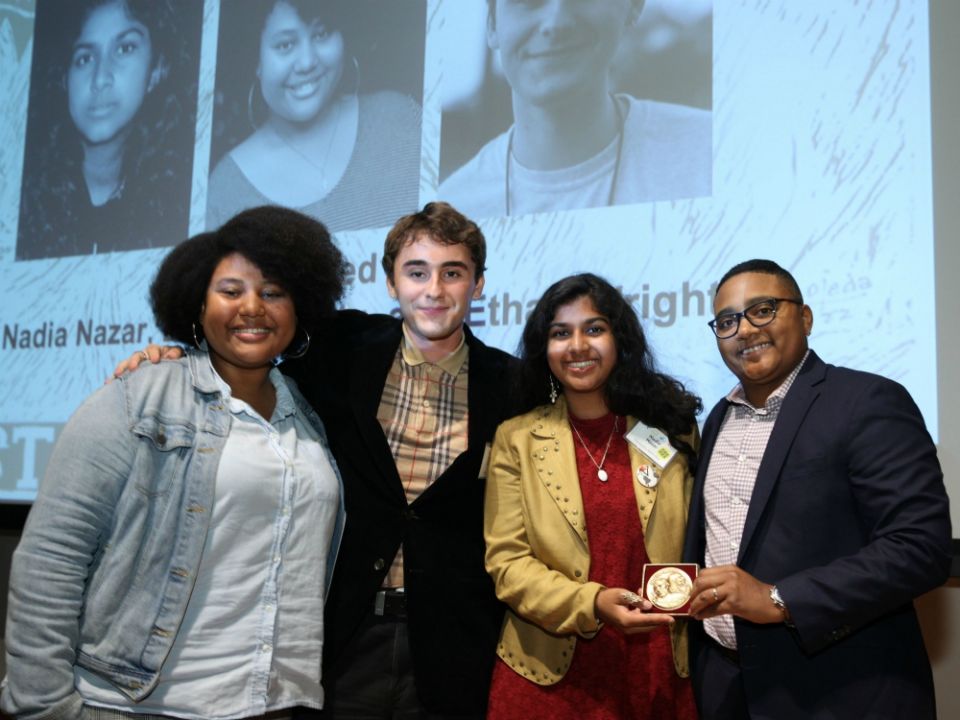 Washington — In accepting awards for their human rights work, activists from both Honduras and the United States presented a clear message: We are out of time.

The Institute for Policy Studies, a progressive Washington-based think tank, presented its 43rd annual Letelier-Moffitt Human Rights Awards Oct. 3 at the Carnegie Institution for Science to two organizations dedicated to environmental justice — one international and the other domestic. In their acceptance speeches, activists from both groups emphasized the disproportionate impacts climate change will have on marginalized communities and the urgent need to act quickly.

According to the Institute for Policy Studies, the Comité is an organizing group based in Tocoa, Honduras. In 2018, the group organized a protest to block access to a mine that protesters said was contaminating the drinking water of 14 communities in the Tocoa region.

López, whose speech in Spanish was translated by an interpreter, harshly denounced what he sees as capitalism's "extractive economic model" that has put the "human species, along with all other species, in danger of extinction." He also condemned the United States government and Global North for taking advantage of the South's natural resources and turning the region into "the storehouse for the North."

"Our land has been fenced off, it's been given in concessions, it's been militarized, it's been colonized, and our brothers and sisters have been criminalized and jailed, murdered by this violence produced by this kind of capital accumulation," López said.

Before introducing the Comité, event emcee Sarita Gupta said that, according to Global Witness, Honduras is "the deadliest country in the world to be an environmental activist as a result of the coup in Honduras a decade ago in which the U.S. government was complicit."

Nadia Nazar, founder and co-executive director of Zero Hour, the domestic awardee, also criticized "systems of oppression" that caused the climate crisis and intersect with its impacts.

"These include racism, patriarchy, colonialism and capitalism. These systems are ingrained within our government and within corporations, and that's how it's being perpetuated and oppressed on all of us," Nazar said. "The youth are breaking the walls to these systems and we are demanding everyone is uplifted, not only certain groups of people."

Zero Hour is a youth-led movement dedicated to raising the voices of diverse young people in the conversation around climate change. The group played a major role in organizing Washington's Sept. 20 student climate strike. The group's co-founder, Jamie Margolin, testified before Congress with Greta Thunberg on Sept. 18.

In her speech, Nazar said that she did not accept the label "Generation Z" and their group has decided to rename themselves "Generation GND" after the Green New Deal.

"We are launching the era of the Green New Deal, and this encompasses five vital elements from the resolution, including: respect for indigenous land, a just transition to 100% renewable energy, sustainable agriculture and environmental justice and protection of biodiversity," she said.

Nazar demanded that elected officials pay attention to and implement policy in line with these five demands.

EarthBeat | Accepting human rights award, environment activists stress: We are out of time