Australian believers' response to bushfires only the beginning 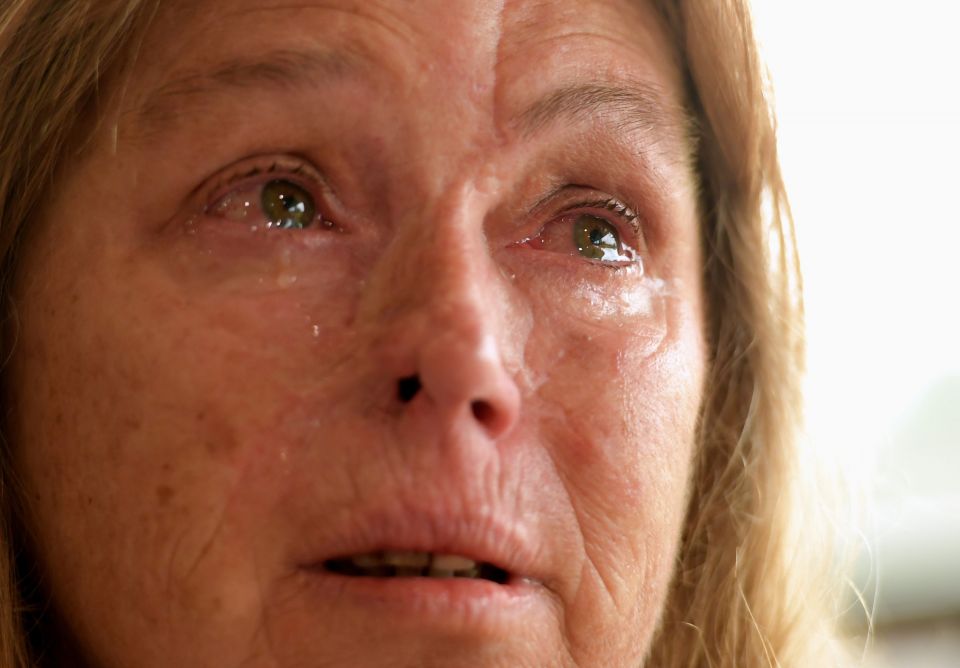 Sheryl Turner, who had trouble evacuating because she did not have fuel, becomes overwhelmed at the enormity of the bush fires last month at the evacuation center in Bomaderry, Australia. (CNS photo/Tracey Nearmy, Reuters)

Sydney, Australia — While the horizons glowed red and yellow and gradually skies darkened over swaths of Australia, media here (except for the Murdoch media) were saturated with the linkages between the climate crisis and the fires. Letters columns in the press were scarcely about anything else. Polling results generally show that public concern about government climate inaction has risen, although there remains a significant minority who blame inadequate hazard reduction burning. Writing as an activist, I find the power of human denial never ceases to amaze!

Whatever people’s interpretations of the crisis, there has been no lack of compassion among everyday Australians, including people of faith. There was talk of little else as we all saw graphic photos and stories of struggling survivors, fires, injured wildlife and the heroism of fire-fighters dominating the media on a daily basis.

Faith communities have been at the forefront of supporting victims, as well as offering prayers within faith traditions and at interfaith gatherings. This is our strong suit. People are hurting, and compassion is at the heart of all our faith traditions. Volunteers from Melbourne’s Sikh community drove up to affected areas to serve hot meals, and Muslim women collected donations for distribution and cooked breakfast for firefighters.

The Victorian Council of Churches Emergency Ministries and the New South Wales Disaster Recovery Chaplaincy Network were out personally supporting people who had been evacuated from their homes. Faith communities donated generously to such organisations as St. Vincent de Paul and the Salvation Army. This practical work is ongoing, even though the rains have finally arrived. People will take many months to rebuild, perhaps years.

As I write this, rain has put out the fires or reduced the fire danger in Australia’s east, indeed one fire that had been uncontained for 210 days is now out. The downpours in Sydney were the heaviest in 30 years earlier this month, causing flooding.  Farmers in the wet areas are euphoric that the long drought could be breaking, although fire risk and drought continue to grip inland New South Wales and South Australia.

Some of the beautiful, heartfelt Christian prayers and homilies to which this intense period has given rise are on the ARRCC (Australian Religious Response to Climate Change) website. More broadly, Interfaith Mourning Rituals have also been offered, one of them on the Parliamentary lawns just as Parliament convened again for 2020. The ritual was part of a five-day peaceful protest, also attended by dozens of faith activists, calling for stronger climate action from the national government.

From a long-term perspective, the fires are symptomatic of a disrupted climate, in the same way as are rising sea levels, melting ice caps, super-storms in the Caribbean and desertification in large parts of Africa. Australia’s national policies for addressing climate change are considered “insufficient” by the well-respected Climate Action Tracker, inconsistent with keeping warming below 2°C, much less the goal of 1.5°C now widely considered necessary. Advocacy for sound climate policies are an equally urgent challenge, even if the need feels less immediate.

Faith-based advocacy for ambitious climate policies has been happening but is rarely reported in mainstream media. To be fair, sometimes letters are sent to Government with no special effort made on the part of faith advocates to attract the interest of media.

Who can blame the authors when mainstream media is, with the occasional exception, slow to take interest? It was heartening to see a gently challenging joint statement put out by the Anglican and Catholic Bishops in a North Queensland coal mining town. It was given the front-page headline in the local (paywalled) Townsville Bulletin, “Church Warns Government on Climate Action”.

Faith-based advocacy gets coverage in religious media, but it would be good to see much more. In mid-January, prominence was given to the surprisingly bold words of Bishop Vincent Long, Chair of the Catholic Bishops’ Commission on Justice, Mission and Service, which also appeared in the German Catholic Verlagsgruppe Bistumpresse. During the interview, Bishop Long said, “The policy directions in relating to cutting carbon emissions that the Government has chosen in recent times (are) so against the signs of the times, international agreements, the advice of scientists and even emergency services chiefs.”

In Australia’s widely-read Christian evangelical magazine, Eternity, Christian meteorologist and eco-theologian, Dr Mick Pope, encouraged Christians to make now the time to talk climate change. “If climate change is playing a big role in these fires, as we know it is,” he said, “then now is the perfect time to talk about it. What more evidence do you need that the climate is changing and that it has significant impacts?”

If we haven’t seen much faith-based advocacy yet, it could be that December and January are Australia’s summer holiday period, a time to rest and be with family. Even as multi-faith advocates for climate action, ARRCC has needed the last month to engage diverse senior faith signatories to write again to the Prime Minister. The letter will soon be released. I’m quietly hoping our contribution will be only one of many efforts we will see unfold during 2020, as the implications of these tragic bushfires are more fully understood.

[Thea Ormerod is a Catholic, a retired social worker and currently serves as President of ARRCC (Australian Religious Response to Climate Change)].

Commentary | Australian believers' response to bushfires only the beginning