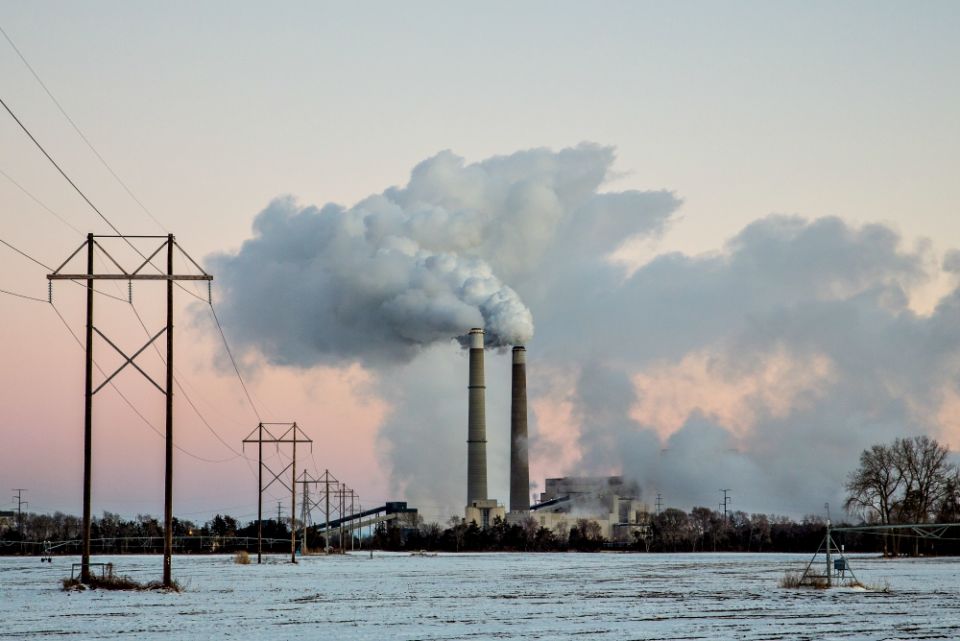 A bipartisan bill aiming to place a price on carbon emissions represents "a hopeful sign" that legislators are taking climate change seriously, said the head of the U.S. bishops' domestic justice office.

In a Jan. 25 statement, Bishop Frank Dewane, chairman of the Committee on Domestic Justice and Human Development of the U.S. Conference of Catholic Bishops, threw support behind the Energy Innovation and Carbon Dividend Act of 2019. If passed, the bill would place a fee of $15 on each ton of carbon emissions, increasing $10 each year, on producers and importers of carbon dioxide emitting fuels like coal, natural gas and oil. The collected fees would then be paid out as monthly dividends to U.S. citizens. 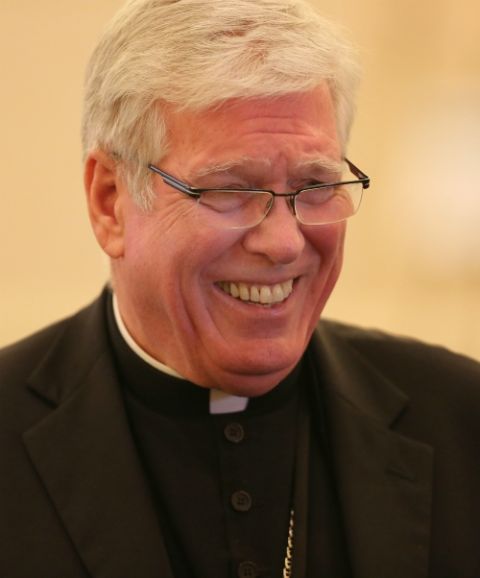 The bill's sponsors, six Democrats and one Republican, say it is revenue-neutral and estimate the carbon fee would cut U.S. emissions by 45 percent by 2030, and as much as 90 percent by 2050, compared to 2016 levels.

"This bipartisan bill is a hopeful sign that more and more, climate change is beginning to be seen as a crucial moral issue; one that concerns all people," said Dewane, who is bishop of Venice, Florida.

He added, "At a time when the dangerous effects of climate change are becoming increasingly apparent, the need for legislative solutions like this is more urgent than ever."

An analysis of an earlier version of the bill, introduced in November, by the Center on Global Energy Policy at Columbia University, found that the carbon fee would apply to most of the carbon emissions from the U.S. energy sector, which accounts for roughly 90 percent of the country's greenhouse gas emissions.

Discussion of climate change has grown louder on Capitol Hill in recent months, in no small part to several scientific reports, including one from the United Nations' Intergovernmental Panel on Climate Change, that indicate time is running short — perhaps as few as 12 years — to hold global warming below 1.5 degrees Celsius and in doing so, avert the worst impacts of climate change.

An issue often cast aside, climate change also garnered attention through debates about a "Green New Deal," backed by the youth Sunrise Movement and elevated by freshman Rep. Alexandria Ocasio-Cortez (D-New York). The Green New Deal calls for a rapid overhaul of the U.S. energy sector to 100-percent renewable energy, though specific policies have yet to be outlined.

And while President Donald Trump continues to deny and downplay climate science, each of the early 2020 presidential hopefuls — including Sens. Kamala Harris, Elizabeth Warren and Kirsten Gillibrand, and former Housing and Urban Development Secretary Julian Castro — has listed action on climate change as a priority.

The Carbon Dividend Act is one of the first pieces of legislation dealing with climate change proposed since Democrats retook control of the House of Representatives in the November midterm elections. It is co-sponsored by two Florida congressmen, Democrat Ted Deutch and Republican Francis Rooney, along with six other Democratic House members.

The bill has drawn support from the Environmental Defense Fund, the Evangelical Environmental Network and the Citizens' Climate Lobby — the latter a nonpartisan advocacy organization that has worked to bring about bipartisan solutions to climate change, including through the formation of the House Climate Solutions Caucus.

Deutch co-founded the caucus three years ago with Republican Rep. Carlos Curbelo, a fellow Florida congressman who lost re-election in November. Curbelo, who is Catholic, was joined by a dozen other GOP caucus members who lost their seats in the midterms, while seven others retired.

The bishops' conference has endorsed the Climate Solutions Caucus in the past, seeing its intentional bipartisan makeup as crucial in order to pass meaningful legislation addressing climate change.

Dewane said the proposed carbon dividend program is but "one possible remedy to addressing" the full costs of greenhouse gas emissions, which include social, economic and environmental factors. He also stressed the need to ensure that a price on carbon does not negatively impact the poor, and that any climate policy must be done "with an eye towards 'the least of these.' "

The idea of placing a price on carbon is not new but has gained some momentum in recent years, including when the U.N.'s Intergovernmental Panel on Climate Change, in its report on holding global warming to 1.5 C, said that "a price on carbon is central to prompt mitigation."

At the same time, attempts to place a price on carbon have also faced difficulties, either by not being high enough to effect truly significant reductions, or through public rebukes. In Washington state, voters in November rejected a carbon fee of their own. And in France, a gasoline tax aimed at shifting the country toward cleaner energy was put on hold after the yellow vest protests against the tax broke out in late November.

Among those opposing the carbon dividend bill is the Center for Biological Diversity, which criticized that the legislation would prohibit the U.S. Environmental Protection Agency from regulating carbon dioxide emissions from power plants for at least a decade.

A letter to Congress earlier this month from 600-plus environmental groups, including several congregations of women religious and Franciscan Action Network, signaled they would oppose legislation that "place profits over community burdens and benefits, including market-based mechanisms."

In addition to being cast as too burdensome on consumers, carbon taxes have also drawn criticism as not doing enough as a response to the enormity of a challenge that climate change presents.

Mark Silk, professor of religion in public life at Trinity College in Hartford, Connecticut, in a mid-December column for Religion News Service compared using a tax incentive to spur action on climate change to a hypothetical scenario where Abraham Lincoln, rather than abolishing slavery through a constitutional amendment, instead proposed a tax on the ownership of human beings, or where Franklin Roosevelt left pre-World War II mobilization to taxing automobiles to spur car factories to instead produce tanks and planes.

"Taxation — incentivizing good behavior by jacking up the price of bad — deals with a problem indirectly, at one step removed," Silk wrote, offering taxes on cigarettes as one example. "But where the bad behavior has led to a profound crisis, the indirect approach undermines urgency, making for cognitive dissonance."

"Why are we talking about economic efficiency when, as everyone from Pope Francis on down has made clear, climate change is causing the most harm to the world's most vulnerable? As it is, we understand environmental protection as a moral obligation," he said.