"Three words connect it all: I can't breathe." 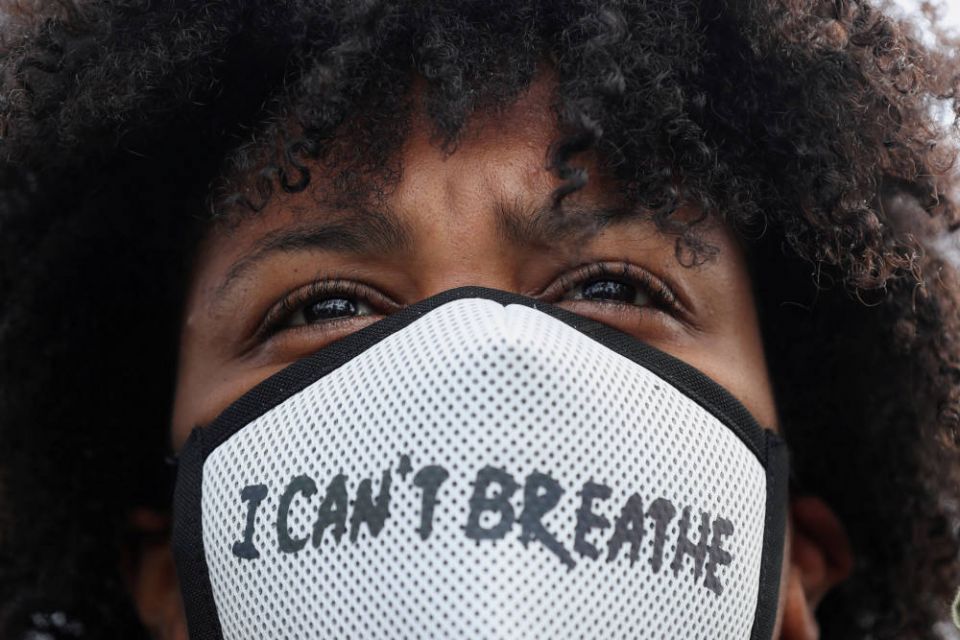 A demonstrator wearing a protective mask takes part in a protest in Rotterdam, Netherlands, June 3, 2020, following the death of George Floyd, an African American man who was taken into custody by Minneapolis police and later died at a Minneapolis hospital. (CNS photo/Eva Plevier, Reuters)

Across America, individuals and communities are wrestling with issues of systemic racism.

That includes the environmental movement.

In recent weeks, numerous reports have described how some of the nation's highest profile environmental organizations — the Sierra Club, National Resources Defense Council and Sunrise Movement, among them — are responding to the movement's own struggles with diversity and disconnect with communities of color, which are often most harmed by pollution and the mistreatment of the environment.

Count the faith community among those in reflection.

"Three words connect it all: I can't breathe," the Rev. Michael Malcom told NBC News this week about the interrelationships among climate change, health and socioeconomic issues.

"Whether it's the pressure we've felt through policy or the violence we face from people who are supposed to protect and serve us or the brutality we face from pollution, it has always been 'I can't breathe,'" said Malcom, a United Church of Christ minister and executive director of Alabama Interfaith Power and Light.

In a separate post, he said the feelings of frustration and outrage around the killing of George Floyd by a white Minneapolis police officer must lead to concrete systemic and policy changes, including those "that empower extraction, waste, and pollution."

"It's up to us to end this," Malcom wrote. "Beloved, if we want this to stop​, we need to fight the right fight. Frederick Douglass said, 'He who would be free must strike the first blow.' I long for the day when we will reorient to fighting the cause instead of the resulting condition. The causes of oppression, injustice, intolerance, and indifference need our attention."

Dan Misleh, executive director of the Catholic Climate Covenant, said in a June 3 statement that he could not recall experiencing "so many crises all at once: a pandemic, an economic collapse and civil unrest caused by yet one more black man dead at the hands of those sworn to protect and to serve."

"We all long for a return to peace and tranquility. But for far too long, our black brothers and sisters, and other communities of color, have not had peace, health, or safety, and the silence and failure to address systemic levels of discrimination and racism has been deafening. It’s time for change," he said.

Misleh referenced the U.S. bishops' 1979 pastoral letter where they called racism a sin, and pointed to one of the central messages in Pope Francis' encyclical "Laudato Si', on Care for Our Common Home": Everything is connected.

"When we work for care for creation, we appeal to a wholistic and expansive definition," he wrote. "It is about caring for this beautiful planet and its ecosystems that sustain all life. We believe that this is a moral responsibility, not simply a nice thing to do because God called us to be co-creators and to ensure that all are afforded clean and healthy air and that the future of our children is secure. George Floyd’s cry 'I can’t breathe' should never be heard again: neither because of racists actions nor because of unhealthy air, water and land."

"We can no longer ignore the cries," Misleh said.

In his own reflection, the Rev. Fletcher Harper, the Episcopal priest who leads GreenFaith, wrote that "The struggle for racial and economic justice is the same struggle for climate justice."

"For too long, the environmental movement has not been concerned enough about the destruction that climate change wreaks on Black and Brown communities around the world. " he said. "For too long, we haven’t been concerned enough about Black and Brown people who can't breathe because they are carrying the weight of climate change and White supremacy."

"There is no climate justice without racial justice," Fletcher added.

He called on people of all races to stand with the black community, and committed GreenFaith "to creating a world in which everyone can breathe, find joy, and be free."

In case you missed it, members of the Ecumenical Season of Creation steering committee hosted a webinar June 8 previewing the upcoming celebration, which runs Sept. 1 through Oct. 4. You can watch a recap of the webinar here.

Earlier today, I spoke with Robert Bullard, regarded as the "father of environmental justice." We discussed what that concept means in the context of "black lives matter" and what role religious communities can play in addressing environmental racism.

Stay tuned to EarthBeat next week for the full interview.