Where can I learn more about environmental racism? 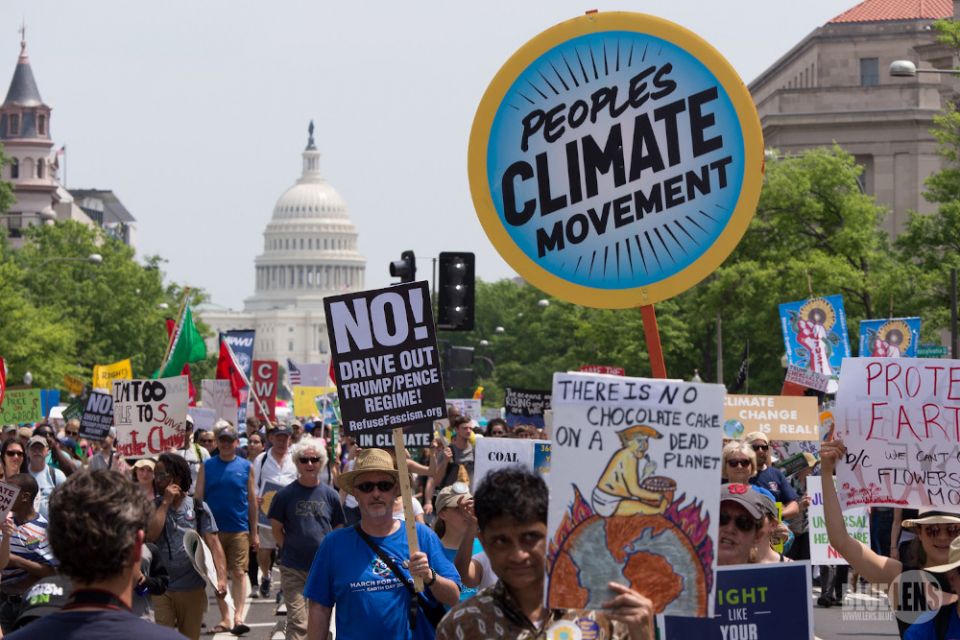 The killing of George Floyd has sparked a reckoning moment on race.

Around the country and the world, both people and institutions are grappling with the deadly consequences of anti-black racism. The environmental movement is no exception, and has begun confronting its own history of homogeneity, racism and xenophobia.

"There's a level of racism in the movement itself, where some folks think that talking about these issues is a distraction," Jacqueline Patterson, director of the NAACP's Environmental and Climate Justice Program, recently told NBC News.

Despite the fact that communities of color are more concerned about climate change and will be disproportionately affected by it compared to white people, members of those communities say they still often feel left out of the mainstream environmental movement.

In "Laudato Si': On Care for Our Common Home," Pope Francis identifies "a great cultural spiritual and educational challenge" facing society today, demanding us to rethink our relationship with the environment. Racism, too, presents a similar challenge.

In his essay "The assumptions of white privilege and what we can do about it," Fordham University ethics and theology professor Fr. Bryan Massingale writes: "To create a different world, we must learn how this one came to be. And unlearn what we previously took for granted. This means that we have to read. And learn from the perspectives of people of color."

That leads nicely into this week's Burning Question: "Where can I learn more about environmental racism?"

The list below offers some resources, including some of the most prominent black voices in the environmental movement. There are also recent articles on the intersection of climate and racism, as well as a few books and webinars on environmental justice. It's not comprehensive, but might be a useful jumping off point.

Heglar has gained a prominent following in recent years for her personal essays on topics like climate grief and anxiety, as well as pointing out connections between the climate crisis and racism. Check out her feed for a slew of smart and quippy tweets, links to her moving writing and retweets from many influential black thinkers, writers and activists.

Ali currently serves as the Vice President of Environmental Justice, Climate and Community Revitalization for the National Wildlife Federation. Before that, Ali worked with the EPA for 24 years, most recently serving as senior advisor for environmental justice and community revitalization. His feed is filled with engaging short videos that look at activism, politics, race, public health, climate and more.

A marine biologist, writer and policy expert, Johnson is the founder of two climate organizations: Ocean Collective, a social justice oriented conservation consulting firm, and Urban Ocean Lab, a think tank for coastal cities. In addition to being a leading voice on the ocean's potential for climate solutions, Johnson is also an expert in articulating the social justice dimensions of the climate crisis.

Barber's feed mostly consists of his voice and information from the Poor People's Campaign,which he co-chairs. But as one of the country's most influential organizers working on the frontlines of environmental injustice issues in directly affected communities, his voice is a vitally important one to hear.

What is environmental justice?
By Brian Roewe, EarthBeat

"Poor air quality due to a nearby oil drill site. Poisoned drinking water from a chemical plant in the area. Low-income housing located in a floodplain. These are examples of what people reference when talking about environmental justice.

"In many cases, it's minority communities, the poor and people on the margins of society disproportionately exposed to these threats to a safe and healthy life. Environmental racism is a term that emerged from environmental justice."

The climate crisis is racist. The answer is anti-racism
By Eric Holthaus, The Correspondent

"Climate change is racist because the system that caused it is racist. No, rainstorms don't care about skin colour, but worsening weather worldwide aggravates the divisions in society that already exist because it hits people of colour living in poverty the hardest. Simply put: the reason the world hasn't been fighting climate change as hard as it should is because powerful people don't want to stop exploiting people of colour. The urgency of climate change is also an urgency for racial justice."

"To win on climate, we have to challenge and upend the power structures that have allowed the behemoth of state violence and racial injustice. We have to reshape the system that has allowed us to arrive at this climate crisis to begin with. We have to hold the white supremacist, capitalist patriarchy to account and build power collectively to create a better future for all of us. Right now, Black folks, Indigenous folks, and other folks of color are on the frontlines of the climate crisis, but if we are shot on our way to joining the climate movement, whats the point?"

From the Catholic Climate Covenant, this webinar looks at the pandemic's disproportionate effects on vulnerable and minority communities. It also explores what the pandemic is teaching about society's treatment of the environment and how to stand in solidarity with vulnerable communities.

What We Must Do to Dismantle White Supremacy

Here's how the folks at 350.org, the international grassroots climate movement dedicated to transitioning society from fossil fuels to renewables, put it: "This webinar focuses on what it means to truly fight for climate justice and how to center racial justice and equity."

Environmental Justice in a Moment of Danger
By Julie Sze, University of California Press (2020)

Packing Them In: An Archeology of Environmental Racism in Chicago, 1865-1954
By Sylvia Hood Washington

A People's Orientation to a Regenerative Economy

This tool for policymakers and community organizations was released June 10 by the United Frontline Table, a newly formed coalition of sixteen frontline and climate organizations, including the Climate Justice Alliance from across the country. "This dynamic tool… is a critical tool that is uniquely positioned to contribute to justice for black communities, even amid this historic pandemic," said Darryl Jordan, East Michigan Environmental Action Council.

[Jesse Remedios is a staff writer with National Catholic Reporter's EarthBeat. His email address is jremedios@ncronline.org. Follow him on Twitter: @JCRemedios]

What is ecological sin?

Does the Covid crisis represent an opportunity for climate change? Here are four ways it might.

EarthBeat | Where can I learn more about environmental racism?