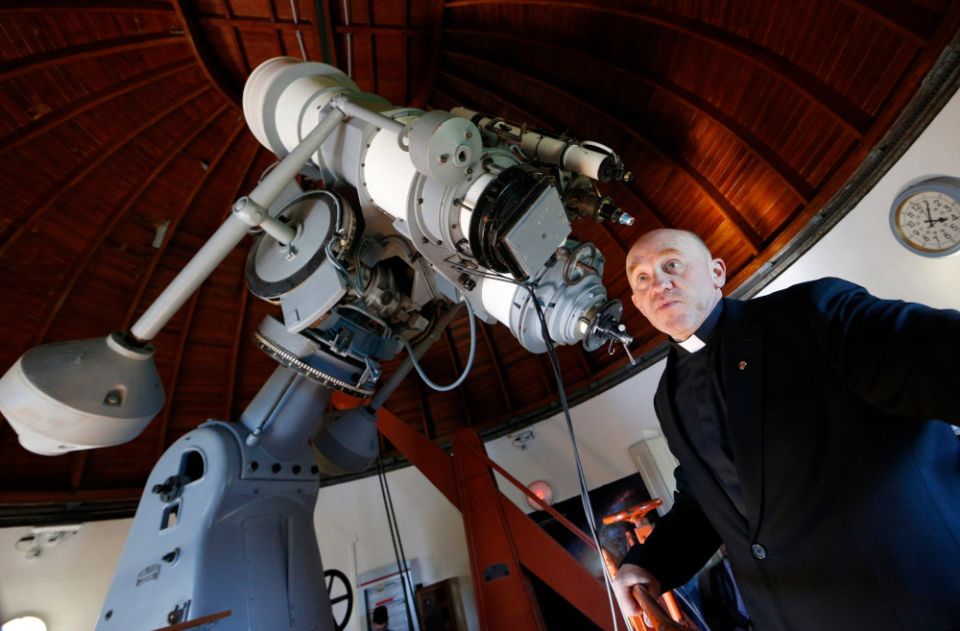 Jesuit Fr. Gabriele Gionti, an astronomer, talks about a 1935 Zeiss telescope during a tour for media representatives of the Vatican Observatory at the papal villa at Castel Gandolfo, Italy, in this Sept. 28, 2018, file photo. (CNS/Paul Haring)

Vatican City — Hundreds of notable scientists have been Catholic — lay, religious and priests, according to lists compiled on Wikipedia.

And of all the Catholic clergy who have made significant contributions to the world of science, more than half of them have been Jesuits.

There seems to be something special about the education, spirituality and mission of the Society of Jesus that inspires its members to look at creation in a unique way, said U.S. Jesuit Br. Guy Consolmagno, a planetary astronomer and the director of the Vatican Observatory.

"We're a society that's dedicated to becoming close to Jesus, Jesus as God's incarnation within this physical universe," he said in a talk May 23 that was part of a lecture series celebrating the Ignatian Year. The talk, held at the Church of St. Ignatius Loyola in New York, was also streamed online.

Br. Consolmagno's talk, "From Peru to Mars: New Worlds and Jesuit Science," highlighted the pioneering achievements of just a handful of the more than 150 notable Jesuit scientists and suggested there may be a unique "Jesuit" form of science, influenced by Ignatian spirituality. 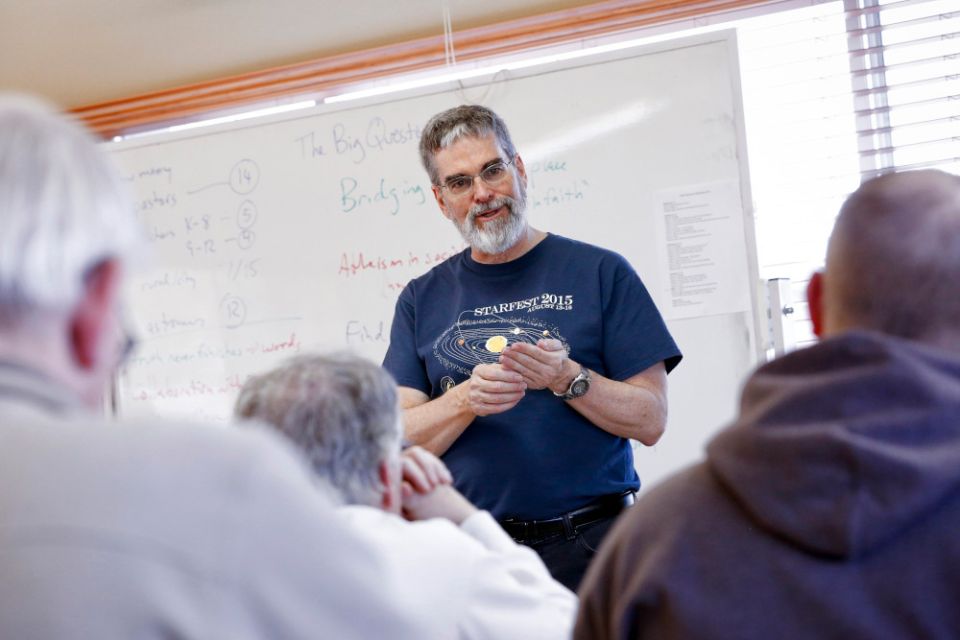 "The spirituality of the Jesuits is all about our place in creation: why we are created, why the world was created, how we relate to creation and that leads to that famous Jesuit mantra, 'Find God in all things,'" the papal astronomer said.

According to his autobiography, St. Ignatius found consolation in gazing at the stars, Br. Consolmagno said.

In fact, astronomy has been a prominent pursuit of Jesuit scientists, who established observatories across the world; they also have been prominent in the fields of geophysics and meteorology.

Who were some of these standout figures?

He became director of the Roman College observatory in Rome during the 19th century when he was 31 and turned it into a modern astronomic, meteorological and geomagnetic observatory. He discovered stellar spectra and used that data as a way to classify stars and study what they are made of. 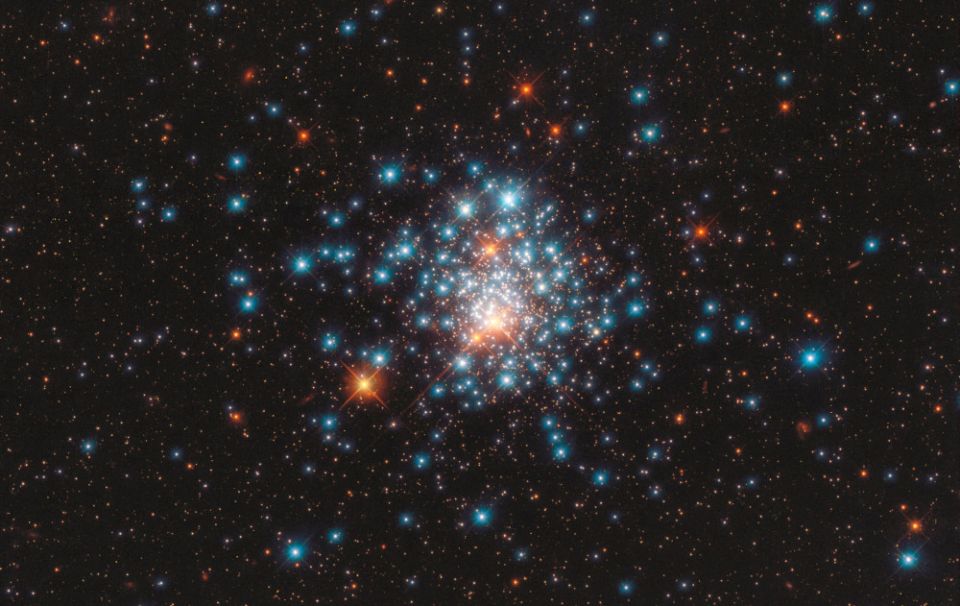 Colorful stars are packed close together in the globular cluster NGC 1805 in the Dorado constellation, in this image from the Hubble Space Telescope released Sept. 11, 2020. (CNS/Reuters/NASA/ESA/Hubble/J. Kalirai)

He created the first meteorological network for the Papal States with data sent daily by telegraph; it also included a storm-forecasting service.

He studied how solar activity impacts magnetic fields on Earth. Intense geomagnetic storms can wreak havoc on power grids, which is why NASA is tracking solar activity and memorialized the Jesuit with its technology, he said. SECCHI, an acronym for the Sun Earth Connection Coronal and Heliospheric Investigation, is the name of a series of instruments used on the two spacecraft observing solar storms.

— U.S. Jesuit Fr. James Macelwane was a pioneering seismologist in the 20th century, who established the first chain of seismographs in northern California.

After establishing the geophysics department at St. Louis University, he spearheaded the creation of the Jesuit Seismological Association and revived a Jesuit-led network providing seismological data since every Jesuit school in the nation at the time had seismometers.

A network of different seismic stations allows for "triangulating" the information to locate an earthquake's epicenter and depth. This inspired the U.S. government to build a similar network to monitor whether the Russians were testing nuclear bombs underground, Br. Consolomagno said.

The priest inspired a whole new generation of scientists in seismology and meteorology, which prompted the American Geophysical Union and the American Meteorological Society respectively to create a medal, awarded annually, in Fr. Macelwane's name.

— Jesuit Fr. Roger Boscovich, an 18th-century physicist, astronomer, mathematician and diplomat, became "a hero" after he noticed a crack in the dome of St. Peter's Basilica and figured out a way to secure the structure.

But he also "described for the first time in modern scientific language what we now recognize as the atomic theory, that the universe is made of atoms," he said.

"At the time, 25% of all the observatories in Europe were run by Jesuits," Br. Consolmagno said. Fr. Boscovich and other astronomers realized that if they observed from different points on Earth the transit of Venus across the sun, they could calculate the distance between Earth and Venus or between Earth and the sun.

"From that you have the basis of how big the solar system is, which is the first step" in estimating how far away the stars are and how big the universe is, Br. Consolmagno said. "It all starts with this observation."

— Italian Jesuit Fr. Giovanni Riccioli, a 17th-century astronomer, came up with a new way of naming features mapped on the moon, introducing the current method of lunar nomenclature. He named the "Sea of Tranquility," which is where human beings would first land on the moon with Apollo 11. 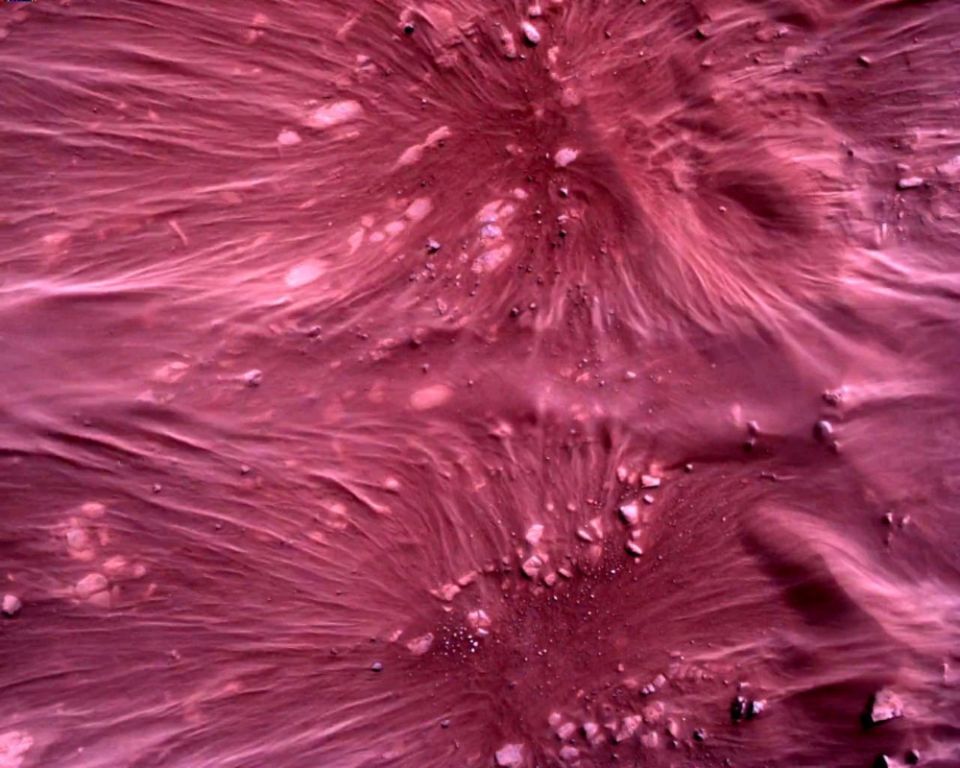 The surface of Mars is seen directly below NASA's Mars Perseverance rover in an image acquired Feb. 22, 2021. (CNS/Reuters/Handout/NASA, JPL-Caltech)

The priest named many craters after important scientists, and today, more than 30 Jesuits have been honored with their names, often Latinized, identifying lunar craters.

Br. Consolmagno said that, far from being opposed to science, the Catholic Church has been a major supporter and its faithful extraordinary pioneers.

The spirituality of the Jesuits, in particular, inspires them to see that the glory that comes from doing science is "to the greater glory of God, who created this universe, and not to the person who just happened to figure out how (God) did it," he said.

To be a Jesuit scientist is to remember their motivation is to be closer to God, he said, and to feel "that jolt of joy that you get when you've been touched by the supernatural, when you see something you never saw before and the most exciting thing you can do is to tell somebody else about it."

There are probably only a handful of people in the world who will care about hearing these results or discoveries, he said, "but boy, are they going to be excited when I tell them!"

For people of faith, he said, "research is a form of prayer" that brings people closer to "the author of the science, the author of the truth, the love of the Creator whom we find in all created things."